What is Daniel Lubetzky’s Net Worth?

Daniel Lubetzky is a businessman, author, philanthropist, and founder of Kind LLC, a Snack Foods company based in New York. Born in 1968, Daniel was raised in Mexico City, Mexico. He is the son of Roman Lubetzky, a holocaust survivor and a partner in the United Export Trading Association. Daniel moved to the USA as a teenager and enrolled at Trinity University, Texas, for a degree in economics and international relations. In 1993, he earned a Doctor of Jurisprudence from Stanford Law School. After working briefly for Sullivan & Cromwell and McKinsey & Company, he devoted most of his career to entrepreneurship.

Daniel married Michelle Lynn Lieberman, a nephrologist with over 20 years of experience, in 2012. The couple, now parents to four children, first met each other at a mutual friend’s karaoke party. Although their initial interactions were a little uncomfortable, as they got to know each other more, their relationship flourished. As a businessman, Daniel has made an enormous fortune, but before we get to that, let’s have a look at his career so far.

How Did Daniel Lubetzky Make His Money?

After his short stint at Sullivan & Cromwell and McKinsey & Company, in 1994, Daniel founded PeaceWorks, a for-profit organization that strives to facilitate co-operation in the Middle East through business. However, it wasn’t until 2003 that Daniel founded KIND, a snack foods company with the hope to replace unhealthy snacks in the market that have led to the obesity epidemic in America. KIND soon became a popular snacking choice, and its demands skyrocketed. It became the fastest-growing snacks company in the US, and in 2020, it was bought by Mars for $5 billion. Daniel continues to have a stake in the company and is still involved in its operations. 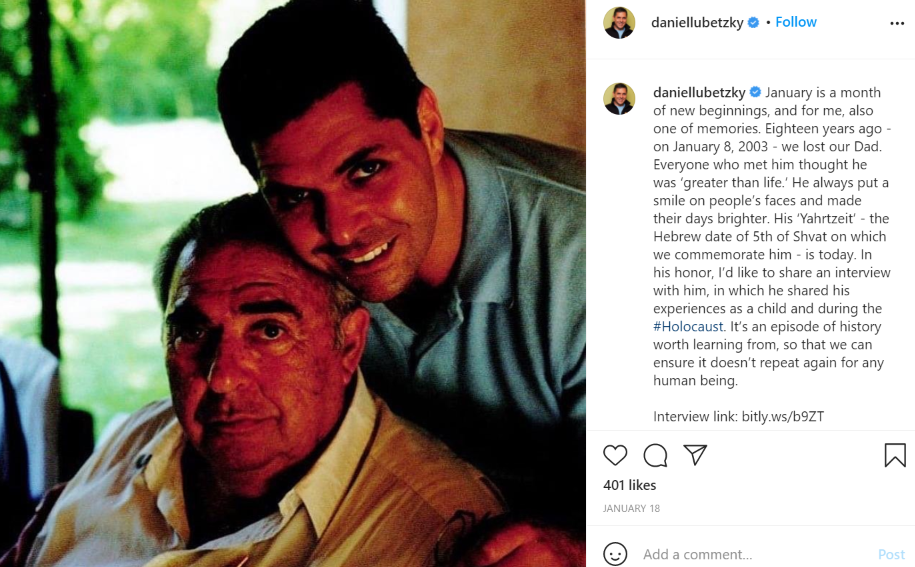 Alongside Paul van Zyl and Kristy Caylor, Daniel Lubetzky co-founded Maiyet in 2010. Maiyet is an apparel and fashion brand that hopes to bring recherché artisanal skills to their customers. Based in New York, the company appears to be growing rapidly in recent years. Interestingly Daniel is also an author, and he wrote ‘Do the KIND Thing,’ which discusses business while advising readers on life and compassion. In 2018, Daniel founded Equilibra, which tries to help entrepreneur-run businesses succeed and create long-term value.

The social entrepreneur has also made appearances on ‘Shark Tank’ seasons 11 and 12 as a shark. He surprised everyone when he made a million-dollar investment in Yellow Leaf Hammocks, a company that helps create employment opportunities for women weavers in Thailand while profiting from the sale of Hammocks in the process. Daniel’s long career as a businessman has helped him amass a considerable fortune, which he uses for social good. So, without any more discussion, let’s have a look at his mind-boggling net worth.

Daniel Lubetzky has an estimated net worth of around $1.5 billion. Since the visionary billionaire continues to participate actively in different entrepreneurial ventures, it won’t be wrong to say that his net worth will inflate in the upcoming years.