What is David Bromstad’s Net Worth?

Born on August 17, 1973, David Bromstad is a television personality and designer who rose to prominence when he won the first season of ‘HGTV Design Star.’ David was raised in the state of Minnesota, along with his three siblings. From a very young age, he wanted to pursue a career in design and art. However, David later decided to give his career a more specific direction while studying at the Wayzata High School. After graduating from the Ringling College of Art and Design, he worked as a Disney illustrator.

David’s out-of-the-box thinking and innovating mind later helped him make a name for himself as he turned his attention to design. His work in interior design, custom art, and furniture making did not go unnoticed, as he soon became a sought-after designer. David’s career so far as a television personality and designer has been nothing short of inspiring, so before discussing his net worth, let’s have a look at his career.

How Did David Bromstad Make His Money?

After graduating, David started his career as an illustrator with Disney, but it didn’t take him long to pursue what he wanted truly. He soon established his own company, Bromstad Studio, which gave him the freedom to work freely. Although David was happy with the direction of his career, he didn’t rise to prominence until his friend asked him to consider trying for the ‘HGTV Design Star.’ He moved to Miami Beach and not only participated in the show but ended up winning it. It marked the beginning of David’s promising career in the television industry, and since then, he has not looked back. 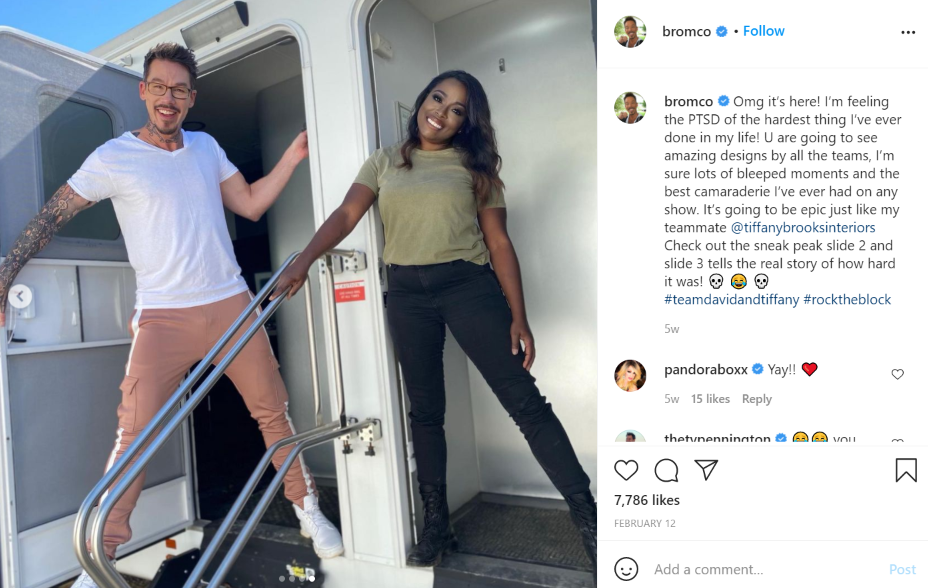 David went on to host ‘HGTV Design Star All Stars’ in 2012, and in the same year ‘The White Room Challenge’ was launched, which was based on a challenge of the same name in ‘HGTV Design Star.’ David featured in the latter as well and also transformed dull, boring rooms into attractive living spaces on the HGTV show ‘Color Splash.’ The series was a huge hit, and he worked in over 100 episodes. In the meantime, David also appeared on other HGTV shows like ‘Bang For Your Buck’ and ‘HGTV Showdown.’ He is also a part of HGTV’s ‘Rock The Block 2.’

His success in the television industry brought several lucrative design offers for him, and his advice on renovation and design featured on People, USA Today, and Better Homes & Gardens. David helps lucky lottery winners buy their dream house on the reality television show ‘My Lottery Dream Home.’ Apart from the aforementioned shows, he is also a host on HGTV’s ‘Beach Flip.’ Bromstad’s design firm, David Bromstad Designs, helps customers bring cutting-edge interiors and innovative designs to businesses and offices. His career so far has helped him earn a lot of money, so without further ado, let’s have a look at his net worth.

David Bromstad’s net worth is estimated to be around $2 million. He not only works in the television industry but also helps customers with his design firms to build their dream homes. Therefore, we can expect that his over wealth will increase in the future.