What is Dr. Contessa Metcalfe’s Net Worth? 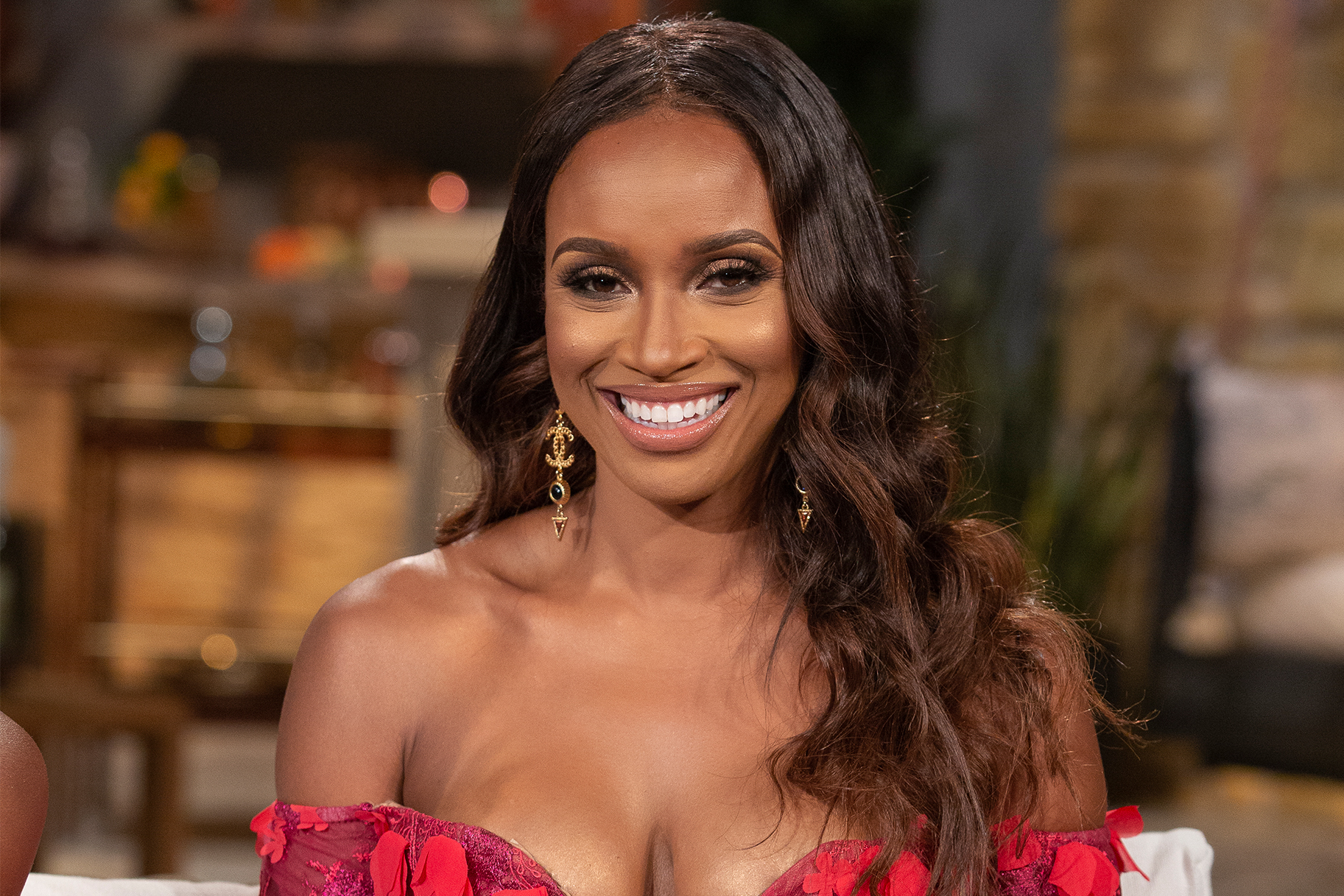 Dr. Contessa Metcalfe is a flight surgeon and is involved in preventive medicine, in addition to owning a medical concierge service called Acute Face MD. She is also among the cast members of ‘Married to Medicine’, which explores the lives of Atlanta’s successful women who are either doctors or married to doctors. Dr. Contessa was born and raised in Kansas City. She is known to be an adventurous person who loves to give everything a shot at least once in life.

Growing up, she was a debutante, cheerleader and was even crowned as her high school homecoming queen. Her love for exploring it all made her land on the Bravo reality show ‘Married to Medicine.’ Dr. Contessa is married to Walter Scott Metcalfe and has three kids. Aren’t you eager to know how much her net worth is and how she amassed her fortune? Well, lucky for you, we know the answers!

How Did Dr. Contessa Metcalfe’s Make Her Money?

Dr. Contessa Metcalfe made her fortune majorly earning from her medical business. She went to medical school at St. Louis University. After completing her medical residency at the National Naval Medical Center, Dr. Contessa was also appointed as a flight surgeon for the National Naval Medical Centre. Over the years, she realized her growing strength, skills, and knowledge in business. She went on to establish a medical concierge service called Acute Face MD (a business that provides VIP medical services to clients). 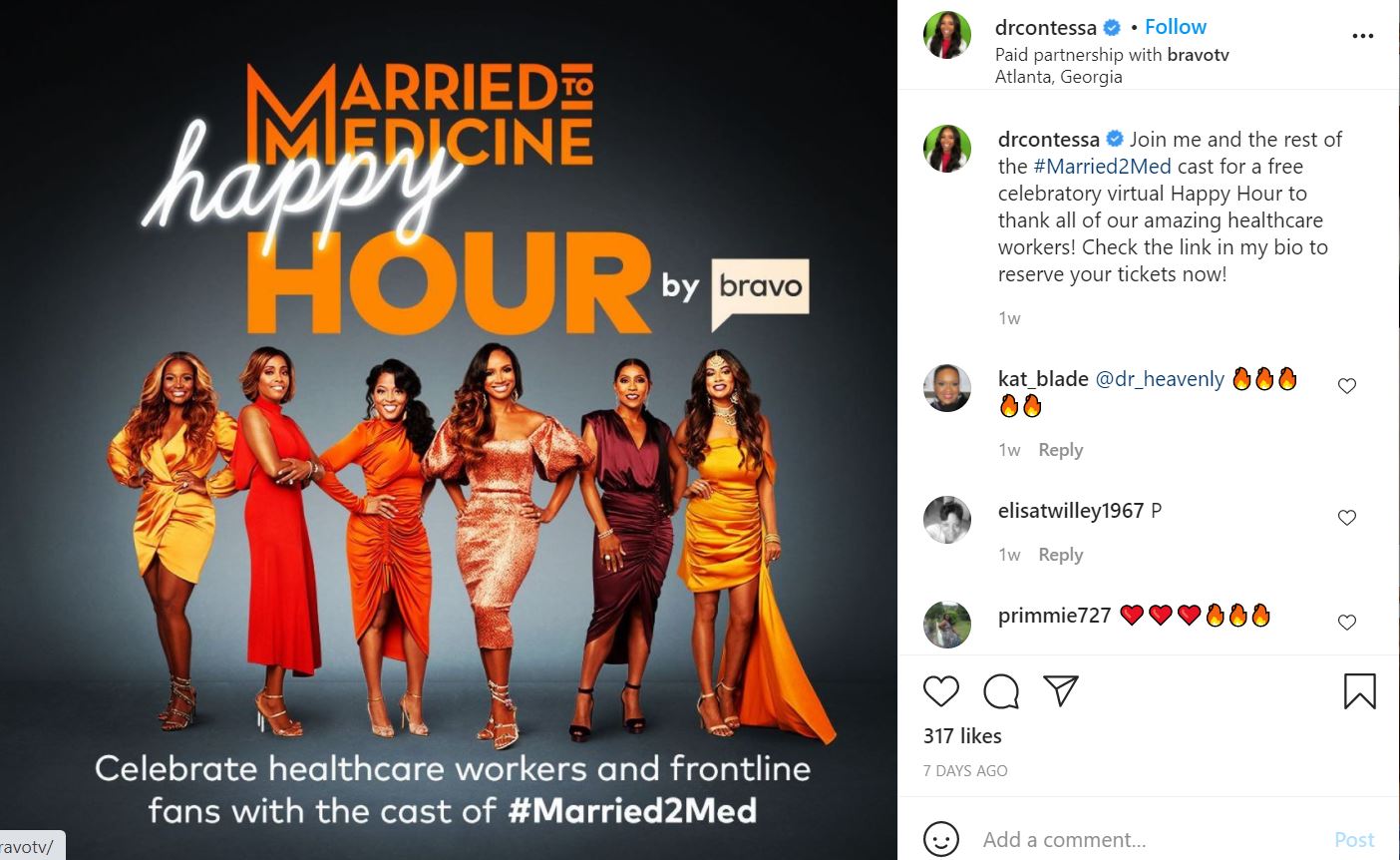 Dr. Contessa was invited to the reality TV series ‘Married to Medicine’ when her popularity increased with the number of successful ventures she had. She joined the show in 2017 in the fifth season. She made appearances in the following two seasons and was a regular cast member for the series’s season 7. Dr. Contessa is now a familiar face on Season 8. She has also been featured in cross-over episodes for ‘Married to Medicine: Los Angeles.’ While at it, she diversified her business further. Dr. Contessa owns a restaurant in Atlanta and is also a real estate entrepreneur. In late 2020, she also expanded her medical practice and opened Chastain Integrative Medicine, a wellness startup that helps clients and patients take care of themselves. 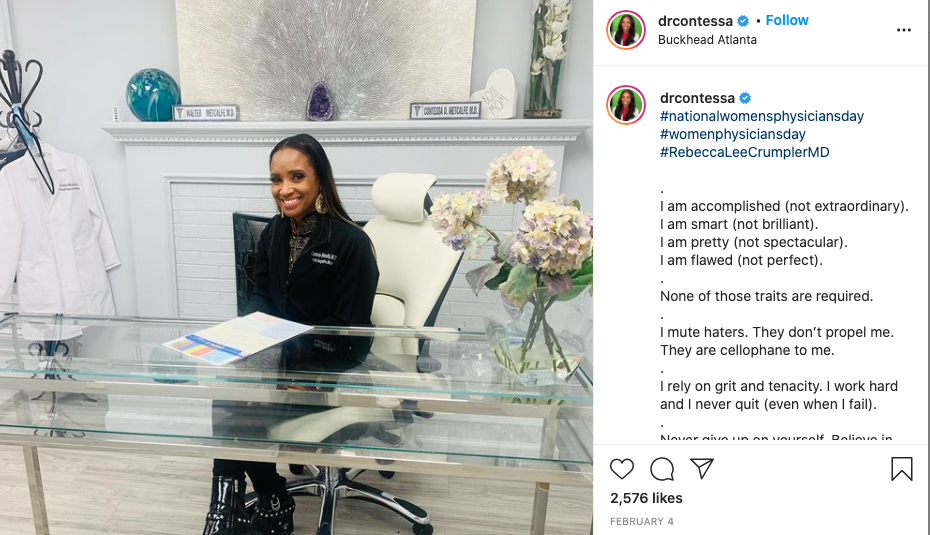 Dr. Contessa Metcalfe’s net worth is roughly $3.5 million. She apparently brings in about $100,000 on a monthly basis from all her sources of income.

Read More: Where is Married to Medicine Filmed?