What is Dr. Simone Whitmore’s Net Worth?

Dr. Simone Whitmore is a reality TV star and an esteemed Obstetrician-Gynecologist. Born on February 23, 1967, Simone was raised in Nashville, Tennessee. Although very little is known about her childhood, in order to pursue her dream of becoming a doctor, she got her pre-medical undergraduate degree with a specialty in medicine from Spelman College. Simone then studied at the East Tennessee State University for her medical degree and attended the Boston Medical Center for her residency to become a certified OBGYN.

Simone is married to Cecil Whitmore and they have two sons, Michael and Miles. The couple was reportedly going through a rough patch in 2017 and Simone even considered divorce. However, they soon reconciled and now they are happily living together. Interestingly, Simone and her husband are partners in their business ventures as well. Dr. Simone Whitmore’s career has earned her a considerable fortune. Let’s try to understand how she makes her money.

How Did Dr. Simone Whitmore Make Her Money?

Once Simone became a certified OBGYN after completing her residency in Boston Medical Center. She soon moved to Georgia where she worked at several hospitals like Northside Hospital Forsyth and Northside Hospital. Simone later became a sought-after OBGYN and started working as an individual practitioner. Now, she also owns the practice at North Perimeter OBGYN, which she has been successfully running since 2004. Her career as a doctor has been extremely fulfilling but it was with the reality TV show ‘Married to Medicine’ that she rose to prominence. 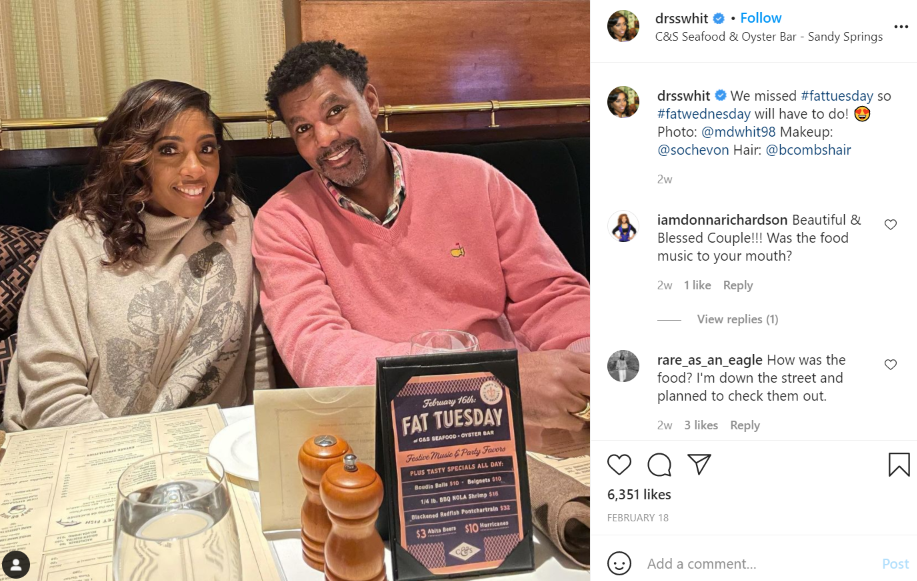 ‘Married to Medicine’ is a show that features socialite women living in Atlanta who are either wives of doctors or doctors themselves. It has been a successfully running series for eight seasons now and Simone has been an important part of it. The fame and money that has come with the show have helped Simone’s career in significant ways. She is also a very popular speaker and regularly gets invited for speaking on leadership and women’s health.

Recently, she has been supporting her husband with his new career as a real estate agent and the couple has also founded their startup company named KIDZ FORCE together. Simone’s long and successful career as an OBGYN has earned her a huge fortune but her net worth saw a significant rise after she stepped into the world of reality TV.

Dr. Simone Whitmore’s net worth is estimated to be around $3.5 million. In addition to her work in the field of medicine, she continues to appear in the reality TV show ‘Married to Medicine’. So, taking into account all the present-day career opportunities that she has and the new business ventures that she pursues from time to time, we can assume that her net worth is likely to increase in upcoming years.