What is Felicity Huffman’s Net Worth?

Felicity Huffman is an actress who is best known for the ABC comedy-drama series ‘Desperate Housewives,’ in which she appeared as Lynette Scavo. On December 9, 1962, Felicity was born into a wealthy family to parents Moore Peters Huffman, a banker, and Grace Valle, who was an actress. She has seven siblings who were raised by both Moore and Grace post their divorce a year after Felicity was born. However, she later found out that Roger Tallman Maher is her biological father, not Moore Peters Huffman. The actress studied at The Putney School and later enrolled in the Interlochen Arts Academy. She then pursued a Bachelor of Fine Arts degree in drama from New York University. Felicity also attended the Royal Academy of Dramatic Art (London) and Circle in the Square Theatre School.

Felicity married William H. Macy (‘Shameless’) in September 1997, and the couple had an on-again and off-again relationship for 15 long years before that. Unfortunately, her seemingly perfect world came crashing down in 2019 when it was revealed that she had paid Rick Singer $15,000 to manipulate her daughter’s SAT scores illegally. The actress was later sentenced to jail for 14 days, pay thousands of dollars in fines, and do 250 hours of community service. Since then, Felicity’s life appears to have come back on track slowly. She has earned a lot of wealth before the college admissions scandal. Let’s have a detailed overview of how she made her money.

How Did Felicity Huffman Make Her Money?

A few years after her graduation from the Interlochen Arts Academy, Felicity made her debut in the 1988 film ‘Things Change.’ Felicity later got a role in ‘Reversal of Fortune,’ a courtroom drama film that’s adapted from Alan Dershowitz’s book ‘Reversal of Fortune: Inside the von Bülow Case.’ In 1992, she appeared alongside Tim Matheson and Donald Sutherland in the television film ‘Quicksand: No Escape.’ She went on to play important roles in ‘The Heart of Justice,’ ‘Harrison: Cry of the City,’ ‘Hackers,’ and ‘The Underworld.’ 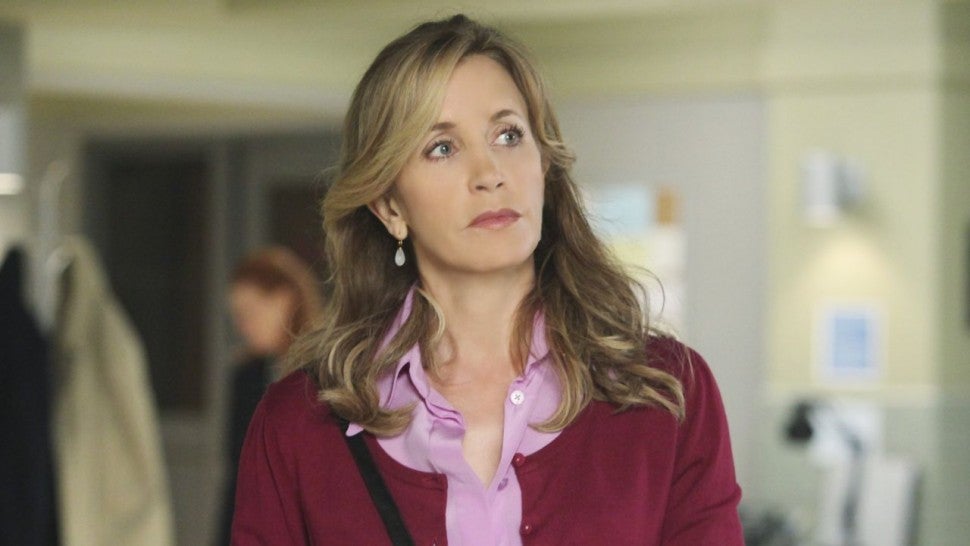 The actress appeared on several television shows in the 1990s and early 2000s before she got her career-defining role in ‘Desperate Housewives.’ The actress worked in the ABC comedy series from 2004 to 2012 and got awarded an Emmy Award and two 2006 Screen Actors Guild Awards. In the meantime, Felicity also starred in ‘Transamerica,’ an independent comedy-drama film alongside Kevin Zegers. She won a Golden Globe Award for Best Actress for her role in the movie and received the approbation of critics. However, Felicity’s role in ‘Desperate Housewives’ made it tough for her fans to perceive her in any other way. Therefore, Felicity was eager to play roles that helped her create a new perception of her among the fans.

The actress later played several exciting roles in film and television shows after the final season of ‘Desperate Housewives’ wrapped up in 2012. Some of her notable projects include ‘Rudderless,’ ‘Cake,’ ‘Get Shorty’ (second season), ‘When They See Us,’ ‘Otherhood’ and ‘Tammy’s Always Dying.’ Her acting jobs have helped her earn a vast fortune in the last few decades, so without further ado, let’s have a look at her net worth.

Felicity Huffman has an estimated net worth of around $45 million. Although the admissions scandal proved to be a rough patch in her life, she is making a comeback in Hollywood, according to Variety. So, we can expect her net worth to increase in the coming years.