What is Gina Carano’s Net Worth? 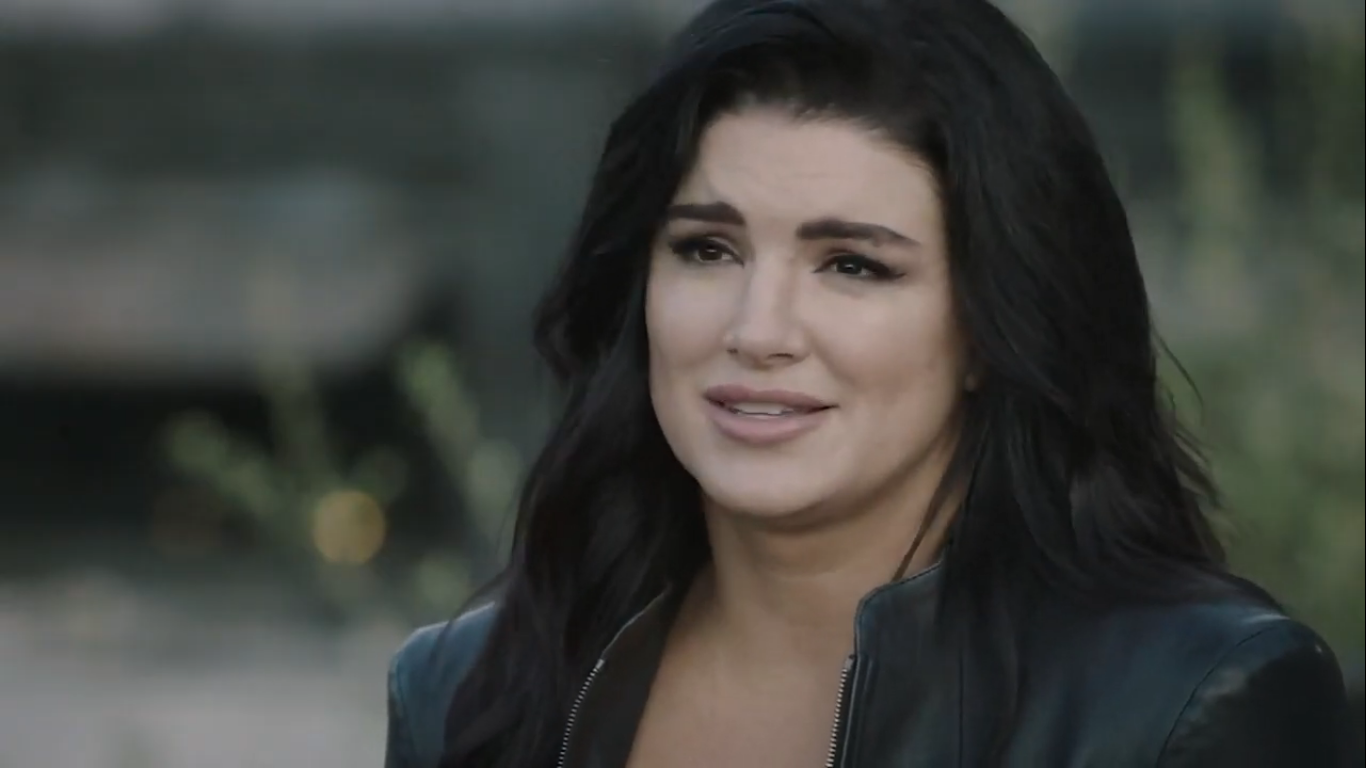 Gina Carano is best known for being a former Mixed Martial Arts fighter, along with her performance in Disney’s ‘The Mandalorian.’ Her popularity within the wrestling ring led her to be nicknamed “face of women’s MMA.” Born in April 1982 as Gina Joy Carano to Dana Joy Cason and Glenn Carano, Gina is one of the three daughters in the family. She was born in Dallas County, Texas but was raised in Las Vegas, Nevada, by her mother after her parents divorced when she was 7. Carano attended the Trinity Christian High School in Las Vegas, where she led the girls’ basketball team to a state title victory.

After graduating, Carano enrolled at the University of Nevada, Reno, for a year and then at the University of Nevada, Las Vegas, where she majored in psychology. Carano took up the sport of Muay Thai after being inspired by attending her then boyfriend’s martial arts training sessions. She was able to master the art of wrestling with striking records that brought her more opportunities. Over time, Carano also began a career in acting and left the MMA ring behind. She has managed to create a substantial net worth for herself. If you are curious to know more, we have the information for you.

How Did Gina Carano Make Her Money?

Gina Carano was an active MMA fighter from 2006 to 2009. She possesses an impressive record in the field of 7 wins out of 8. She has had a prominent presence in the entertainment industry as well. Outside of her MMA career, Carano featured in the revamped 2008 reality series ‘American Gladiators’ as Crush. For each fight on the show, she earned up to $35,000. After retiring from the competition, Carano pursued a career in acting. She made her debut with the 2009 martial arts film ‘Blood and Bone’ co-starring, Michael Jai White. 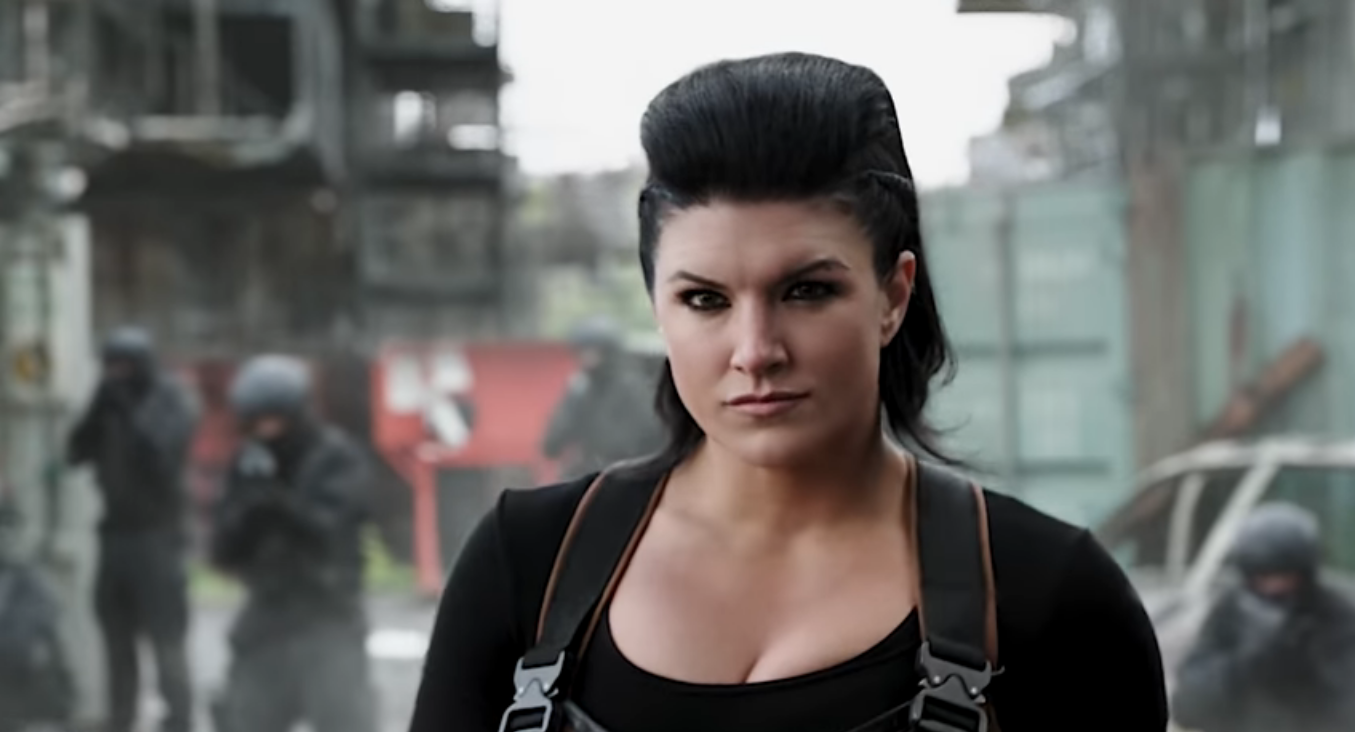 Gina Carano then appeared in an episode of the 2013-14 Fox series ‘Almost Human’ and moved on to portray the role of Victoria in the 2015 action thriller ‘Extraction.’ Other notable credits of Carano include ‘Fast & Furious 6’ and her power-packed performance as Angel Dust in Marvel’s 2016 film ‘Deadpool.’ She lent her voice to Agent Riley Hicks’s character in the ‘Fast and Furious: Showdown’ videogame. In 2018, it was announced that Carano would join the cast of ‘The Mandalorian’ as Cara Dune. 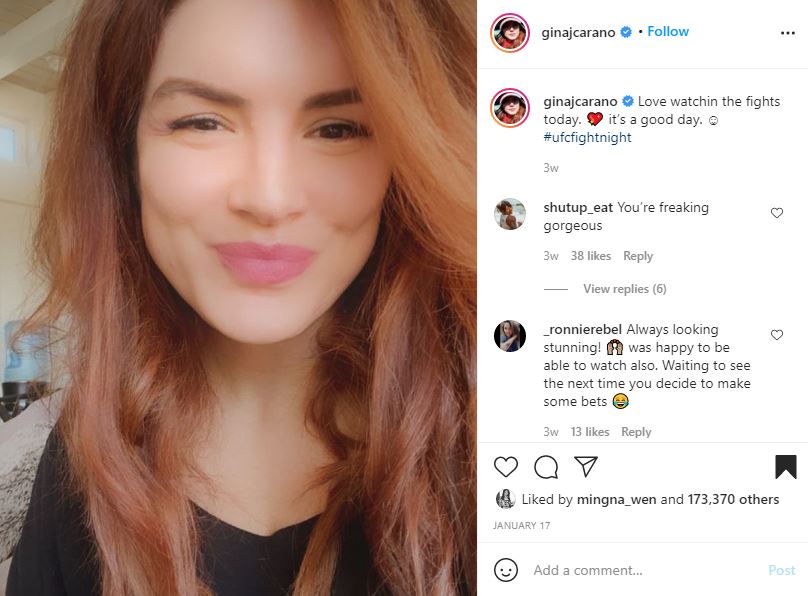 In 2013, she announced that she was in talks with comic book creator Rob Liefeld in regards to adapting Liefied’s ‘Avengelyne’ for the big screen with Carano playing the role of a fallen angel sent on a mission to Earth. She holds producer credits in this announced project. 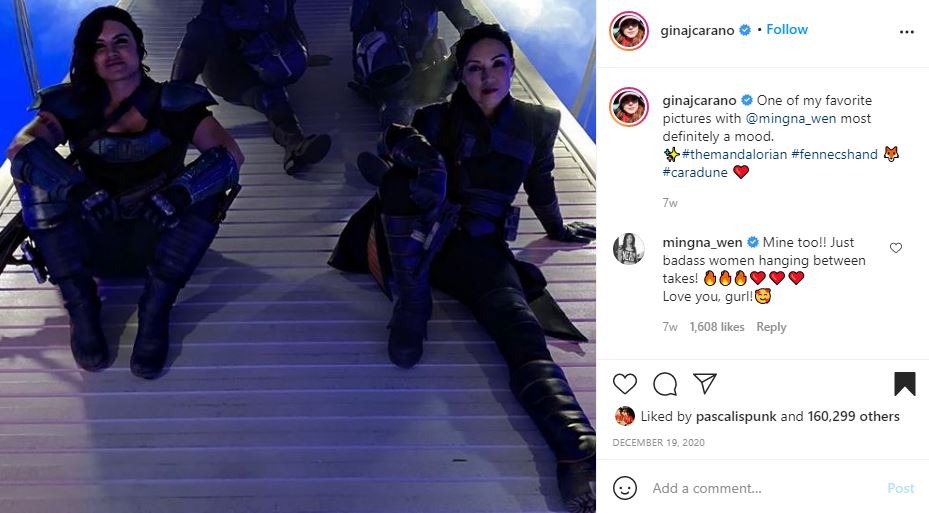 Gina Carano is also a fitness model and has been featured by several sports magazines, including ESPN. Her Instagram bio currently also states that she is an author. The MMA wrestler-turned-actress has faced several controversies regarding her activities on social media. One of these controversies led to her being dropped from ‘The Mandalorian’ and her agency.

With a successful career as a former MMA fighter and prominent roles on the silver screen, Gina Carano has been able to accumulate substantial wealth for herself. As of 2021, Gina Carano’s net worth is estimated to be $8 million.