What is Guy Tang’s Net Worth? 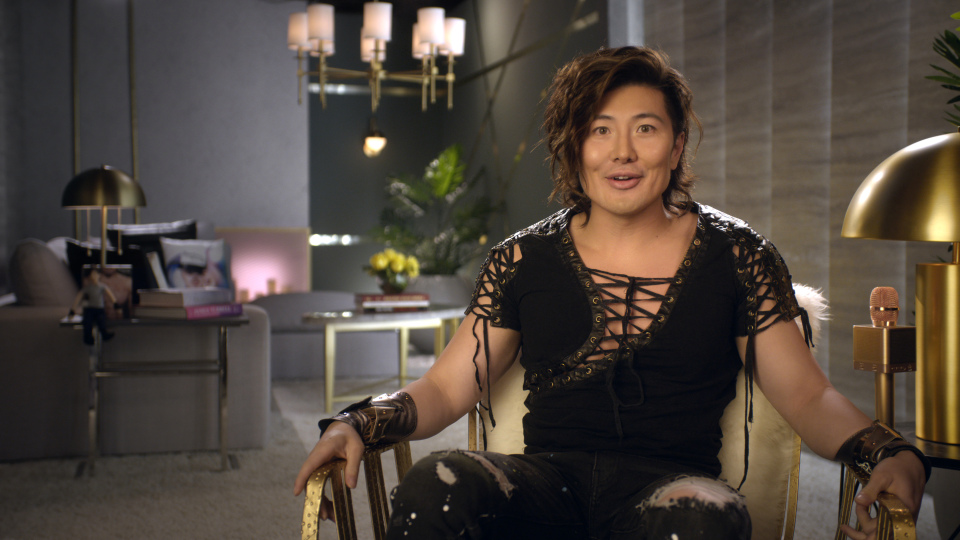 Guy Tang is one of the cast members of Netflix’s reality series, ‘Bling Empire.’ ‘Bling Empire‘ follows the lavish lifestyles of Guy and his high profile friends, substantially wealthy Asians living in Los Angeles. While the show features the who’s who of LA’s rich Asian community, the lovable Guy does not find himself in the folds of his castmates’ elite inner circle. Now whether that’s because he’s not as insanely affluent as some of the other Asians are, or because he alienated himself by finding a scandalous sex toy in Anna Shay‘s bathroom, who can say? Fans of the show love him for his goofiness and style, for sure.

Guy Tang was born in Tulsa, Oklahoma, in July 1981, to a Vietnamese mother and Chinese father. Thanks to his mixed ethnicity, Guy is fluent in three languages – English, Vietnamese, and Cantonese. Guy is a graduate of Jenks Beauty School and has completed Paul Mitchell’s training courses. Apparently, Guy took some time to come to terms with his sexuality and was firmly in the closet till his mid-twenties. At one point, he was even engaged to a girl but broke up after he came out at the age of 27. Shortly after, he met the man who is now his husband, a brain cancer researcher by the name of Almar Guevarra. Reportedly, Guy and Almar have been together for more than 10 years and are blissfully happy together. Curious to know what Guy Tang does for a living and what his current net worth is? Here’s all that you need to know.

How Did Guy Tang Make His Money? 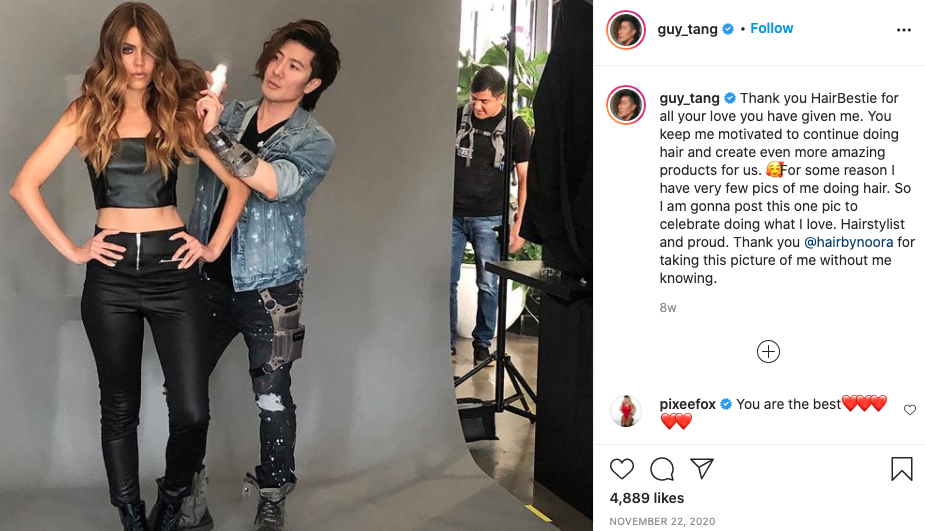 Guy Tang is a talented hairstylist and colorist and also a musician with a growing social media presence. He first gained popularity as a proficient hair artist through his YouTube channel, which also features some of his music videos. Guy Tang has created his own line of hair products and markets them under the brand name #Mydentity. A few years back, when rainbow and candy-colored hair first became a rising trend, Guy Tang was one of the few hairstylists credited with making the revolutionary trend popular. On his YouTube and Instagram, Guy regularly posts videos educating other professionals on how to properly color hair to get the best hues and tones. 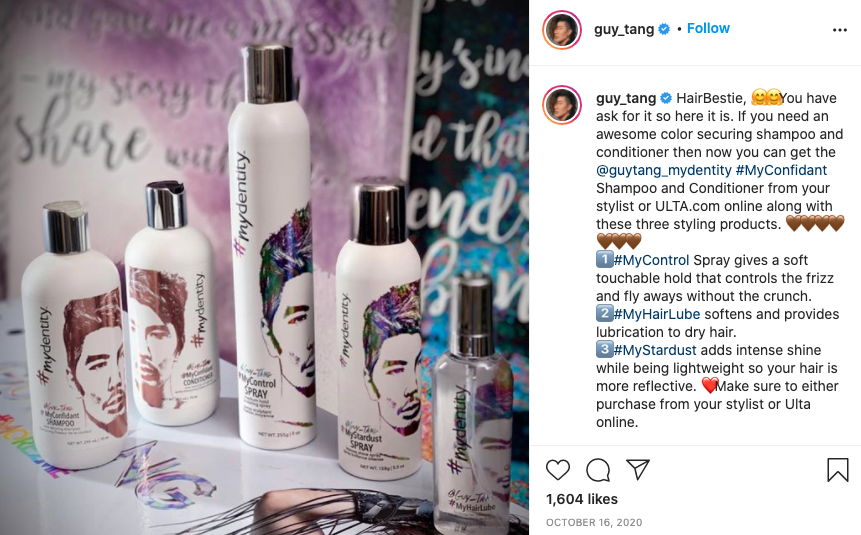 On his YouTube channel, Guy has also streamed his own docuseries called ‘Guy’s World’. His pop song – SuperPower – released in January 2019 and has more than half a million views on YouTube. Guy’s latest musical venture is an album named “#More2Me”. The music video for his latest single, “Gimme What I Want,” features his friends and fellow ‘Bling Empire’ castmates, Kevin Kreider and Kane Lim. 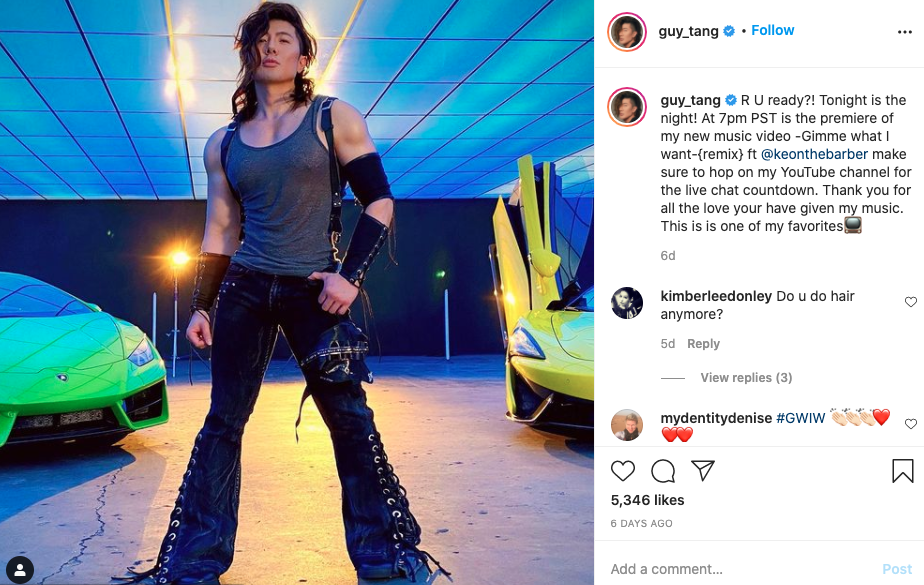 As of 2021, Guy Tang has an estimated net worth of $1 million. While it’s admittedly not as much as what the wealthier cast members of ‘Bling Empire’ make, Guy Tang is undoubtedly a self-made entrepreneur and is surely set to climb the ladder to even bigger success and fame.