What is Joe Gatto’s Net Worth? 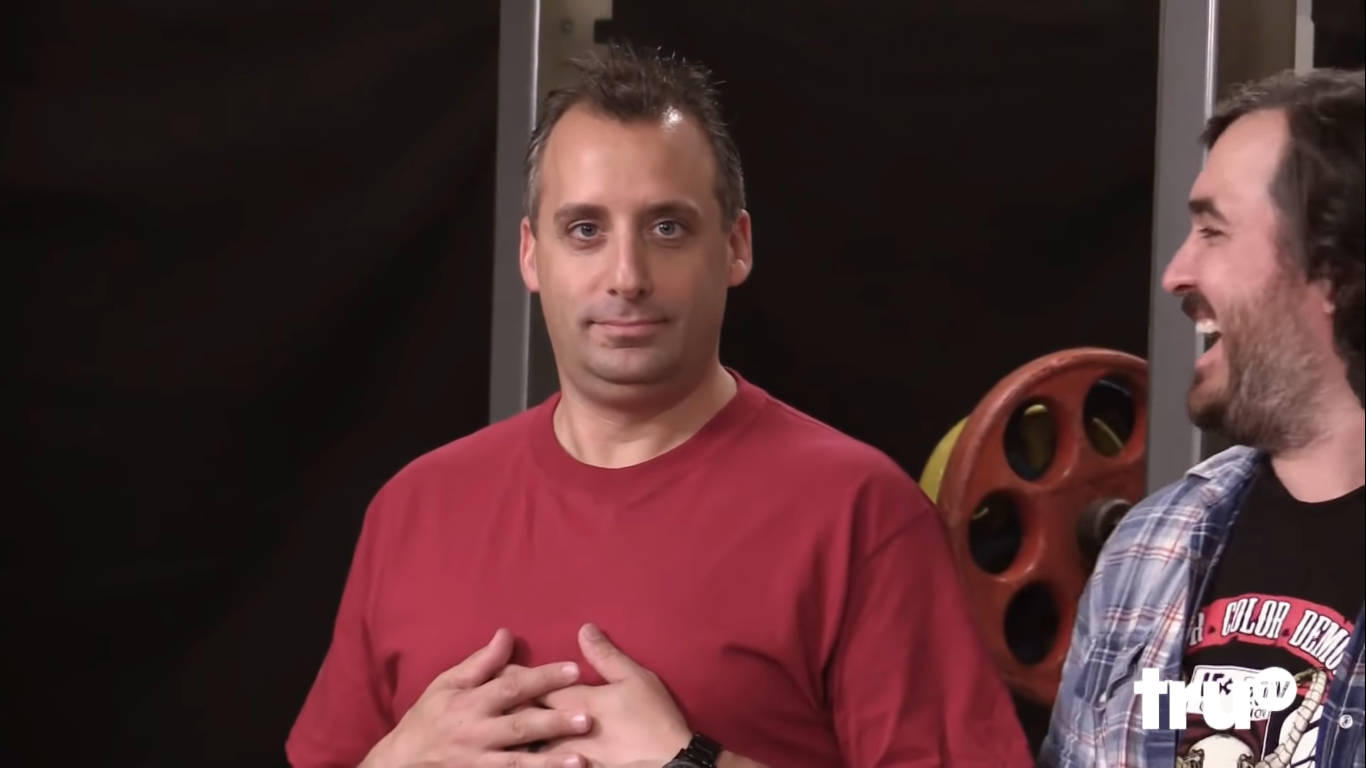 Joe Gatto is a well-known comedian, famous for being one of the main cast members of the popular television series ‘Impractical Jokers.’ He was born Joseph Anthony Gatto Jr. in June 1976 in Staten Island, New York. He comes from an Italian family. For his school education, Gatto attended Monsignor Farrell High School, a Catholic school in the Oakwood section of Staten Island. Together with peers Sal Vulcano, James Murray, and Brian Quinn, Gatto was in the high school’s Improvisation Club. After graduating high school, Gatto pursued a degree in Accounting at the LIU Post University in Brookville.

The four friends reunited after graduating from their respective colleges and started rehearsing improvisation at Gatto’s residence and thus began Gatto’s career as a comedian. Since then, he has managed to make a name for himself in the entertainment industry and is currently the owner of a substantial amount of wealth. Curious to know how much that is and how he earned it? We have the answers for you.

How Did Joe Gatto Earn His Money?

Gatto and his friends started practicing improvisation at his house, and this laid the foundation for The Tenderloins, the name the group goes by. Under that name, the comedy troupe started going on tours to perform improv and sketch comedy. Once they started writing and producing comedy sketches, Gatto, along with the other members of The Tenderloins, posted the sketches on various social media websites, including YouTube, Myspace, and Metacafe. The sketches earned The Tenderloins millions of views, a stepping stone to their fame. The group also won $100,000 in NBC’s ‘It’s Your Show’ competition. 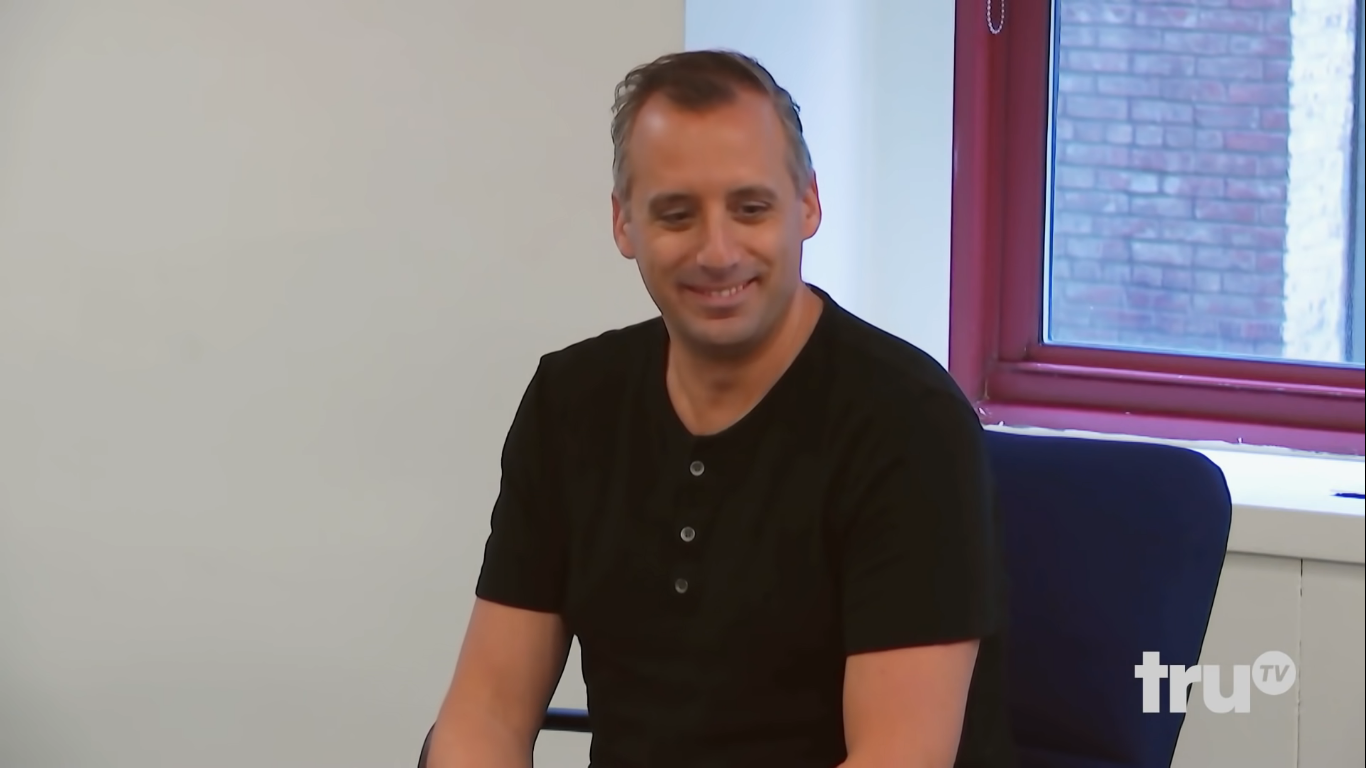 Joe Gatto was cast alongside his friends for ‘Impractical Jokers,’ the first episode of which aired in 2011 on TruTV. The first season itself garnered 32 million views contributing to the meteoric increase in their popularity. Gatto has featured with his friends in the show ‘The Misery Index’ where Jameela Jamil plays host. He has also been featured in ‘Impractical Jokers: The Movie.’ Gatto has producer credits in several episodes of ‘Impractical Jokers’ and also in the movie. Gatto has also appeared in the TV series ‘MacGyver,’ aside from being a part of the podcast titled ‘The Tenderloins Podcast.’

TONIGHT AT 10pm EST. Brand new episode of @truTVjokers – tune in and spread the word. It’s an instant classic. pic.twitter.com/6ULdBK0FRs

Apart from his career in the entertainment world, Joe Gatto has written a book, titled ‘The Dogfather: My Love of Dogs, Desserts and Growing up Italian,’ which chronicles his experiences of bringing up his eight dogs and some of his childhood memories (mostly made of Italian desserts). Gatto is an advocate for the “Adopt, Don’t Shop” movement, which implores people to go for adoption of pets rather than buying them from breeders. He also promotes merchandise from Be Kind. Gatto financially supports Daniel’s Music Foundation by donating to them a portion of the proceeds from selling his “Live to Make People Laugh” t-shirt on Homage. 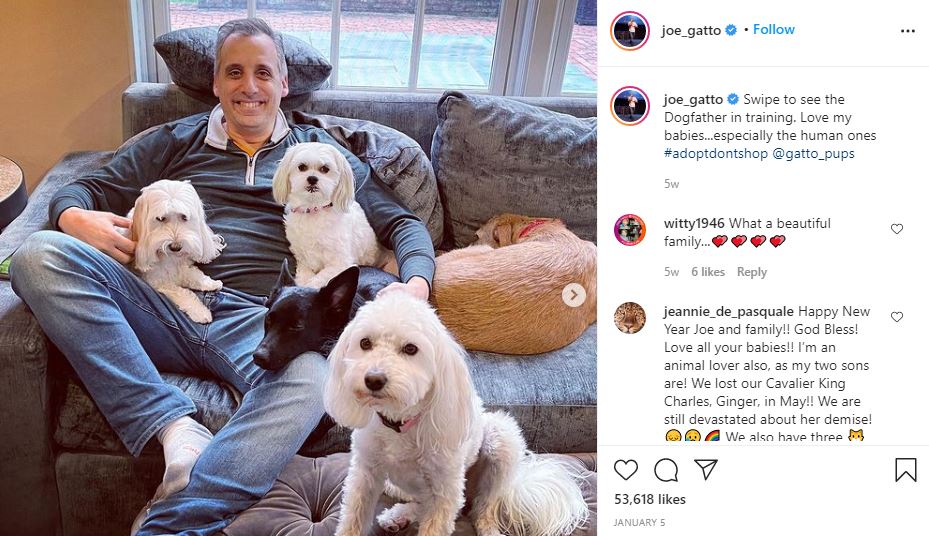 What is Joe Gatto’s Net Worth?

With a successful career as a comedian, television personality, producer, and author, Joe Gatto’s net worth as of 2021 stands at an estimated $7 million, which is deemed to be on an upward trajectory seeing as how his popularity is on the rise.