What is Kevin Quinn’s Net Worth?

Born on May 21, 1997, in Chicago, Kevin Quinn is a singer and actor. His mother, Tamara Quinn, is the founder of Pulling Down the Moon, which provides holistic healthcare facilities to its customers, while his father, Brian Quinn, works as an advertising executive. Kevin was enthusiastic about singing from a very young age and growing up in Wilmette, Illinois; he was even involved with a theatre company.

When he was just 16-years-old, Kevin appeared on the twelfth season of ‘American Idol’ in 2013. It marked the beginning of his career in the television and film industry, and the singer soon started making appearances on television shows. His career has looked promising in recent years, and it appears that Kevin is here to stay in the entertainment industry. Kevin’s acting and singing mettle have helped him earn a significant amount of money but before we get to that, let’s have a detailed overview of his career so far.

How Did Kevin Quinn Make His Money?

A year after his appearance on the singing competition series ‘American Idol’ in 2013, Kevin appeared in the police procedural drama series, ‘Chicago P.D.’ as Nate Hansen. It was followed by a cameo in the comedy-drama series ‘Shameless’ in 2015. Although Kevin made an appearance on some very well-known shows by then, all of his roles were minor. However, he soon got the role of Xander in the comedy series Bunk’d, and the young actor never looked back. 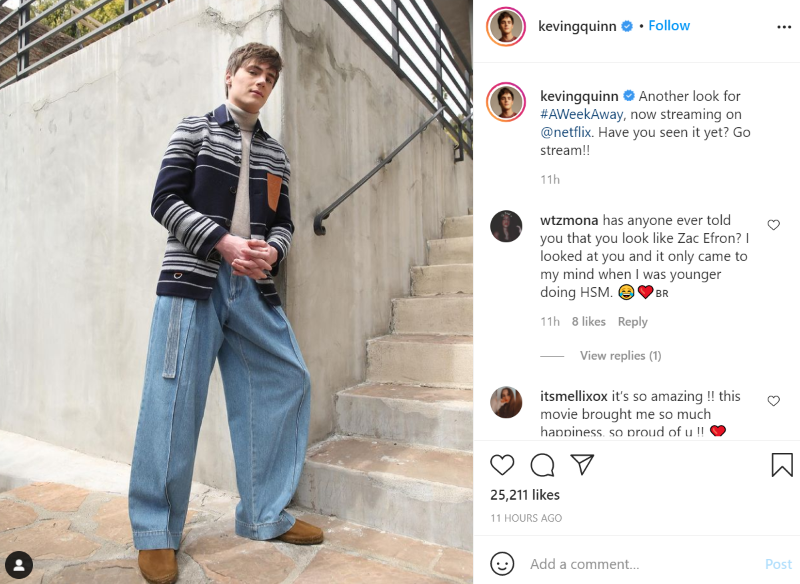 In 2016, Kevin essayed the role of Zac Chase in the Disney Channel original film, ‘Adventures in Babysitting.’ The movie was made with an estimated budget of around $9 million and attracted over 3.4 million viewers upon its premiere. Interestingly, the actor has also lent his voice to video games like ‘Kingdom Hearts HD 2.8 Final Chapter Prologue’ and ‘Kingdom Hearts III.’ In 2018, Kevin appeared in a few episodes of the comedy series ‘Champions’ and in the same year also appeared on the drama-thriller film ‘Canal Street’ as Brian Sudermill.

Kevin went on to star as Danny Scanton in Hallmark’s romance drama film ‘A Christmas Love Story’ in 2019 and the comedy-horror film ‘Hubie Halloween’ in the following year. He also bagged the lead role in the Netflix musical ‘A Week Away’ alongside Bailee Madison. Apart from being a very talented actor, Kevin is also a great singer, and some of his songs have attracted thousands of listeners on Spotify. Kevin’s numerous acting job in television and film industry has earned him a significant social media following, and he has amassed a considerable fortune in the process. So, without further ado, let’s have a look at his net worth.

Kevin Quinn’s net worth is estimated to be around $1 million. As he continues to get leading roles in movies (just like last few years), we can presume that his net worth is going to increase significantly in the future.

Read More: What is Bailee Madison’s Net Worth?