What is Lori Loughlin’s Net Worth?

Lori Loughlin is a producer and actress who is best known for her role in the ABC sitcom ‘Full House.’ Born on July 28, 1964, in Queens, New York City, Lori was just one year old when Lori’s parents decided to move to Hauppauge, New York, on Long Island. Early in her childhood, Lori studied at Oaks School No. 3 Elementary School before she eventually enrolled and graduated from the Hauppauge High School. She showed interest in acting as a child and accidentally began her career as a print model at 11, thanks to her mom’s friend, who took her along with her daughter for a meeting with a modeling agency in Manhattan. Lori did not look back after that as she soon started getting opportunities in the entertainment industry.

She married Michael Burns, the Vice Chairman of Lionsgate and an investment banker, in 1989. The couple was married for a few years before they got divorced in 1996. The following year, the actress tied the knot with the fashion designer Mossimo Giannulli. The couple has two daughters – Olivia Jade and Isabella Rose. Lori Loughlin’s decades-long career in the entertainment industry has helped her earn a considerable fortune, but before we look at that, let’s have a detailed overview of her career so far.

How Did Lori Loughlin Make Her Money?

After getting a modeling contract at the age of 11, there was no dearth of opportunities for Lori, who soon started working in the ABC crime drama series and soap opera ‘The Edge of Night’ at the age of 15 in 1980. By the end of the series in 1983, Lori had made a name for herself, and she was involved in several feature films and television shows in the next five years. The long list includes ‘Amityville 3-D,’ ‘The New Kids,’ ‘Secret Admirer,’ ‘Rad,’ ‘Back to the Beach,’ ‘North Beach and Rawhide,’ ‘Brotherhood of Justice,’ ‘The Equalizer,’ and many others. 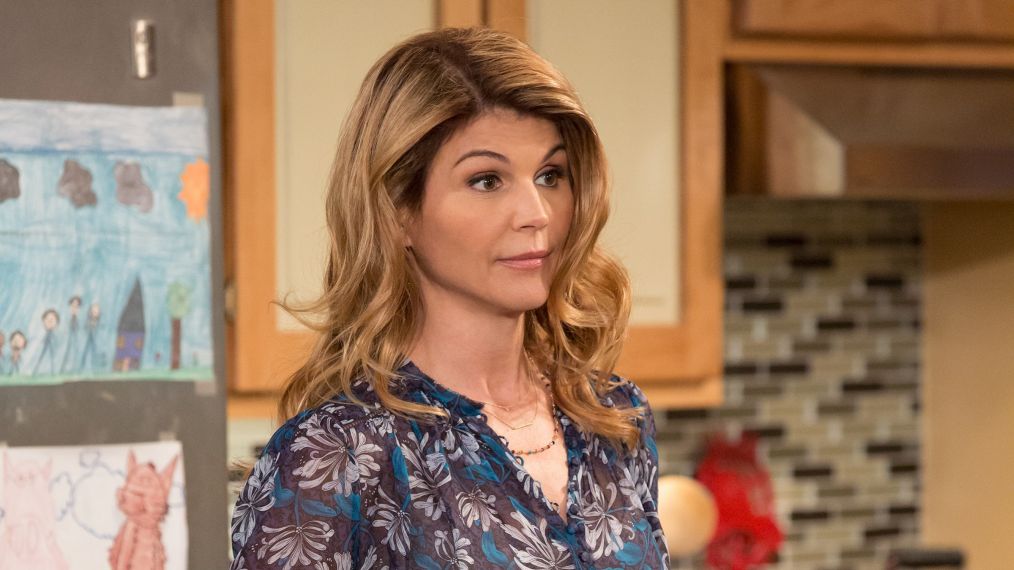 In 1987, Lori started working in the ABC sitcom ‘Full House’ and was part of the series until its conclusion in 1995. Even though she was part of numerous projects throughout her career, ‘Full House’ remained one of the most noteworthy. She went on to work in several other popular television shows like ‘Suddenly Susan,’ ‘Spin City,’ ‘The Drew Carey Show,’ ‘Seinfeld,’ and ‘Birds of Prey.’

Lori is also well-known for playing Debbie Wilson in ‘90210.’ In 2016, she reprised her ‘Full House’ role as Rebecca Donaldson for Netflix’s ‘Fuller House.’ Lori soon started producing her own shows as she continued to make appearances in numerous television shows and movies regularly. Her career in cinema and the world of television has earned her substantial wealth.

Unfortunately, her world turned upside down when it was revealed that she had paid $500,000 to Rick Singer to help her daughters get into their favorite college. The actress not only paid a heavy fine but was also spent two months in prison for the admission scandal. There are reports that Lori is now apprehensive that people won’t work with her anymore. The scandal and her prison sentence that followed has created a lot of uncertainty, and it remains to be seen when she will make a comeback to Hollywood.

Lori Loughlin’s net worth is estimated to be around $8 million. The admission scandal has created a lot of uncertainty for her future in Hollywood. It remains to be seen when she will make a return, but with so many variables, it’s tough to say anything about her net worth in coming years. Most likely, her net worth will decline by a few million dollars before she makes a comeback, and it rises again.