What is Marty Raney’s Net Worth? 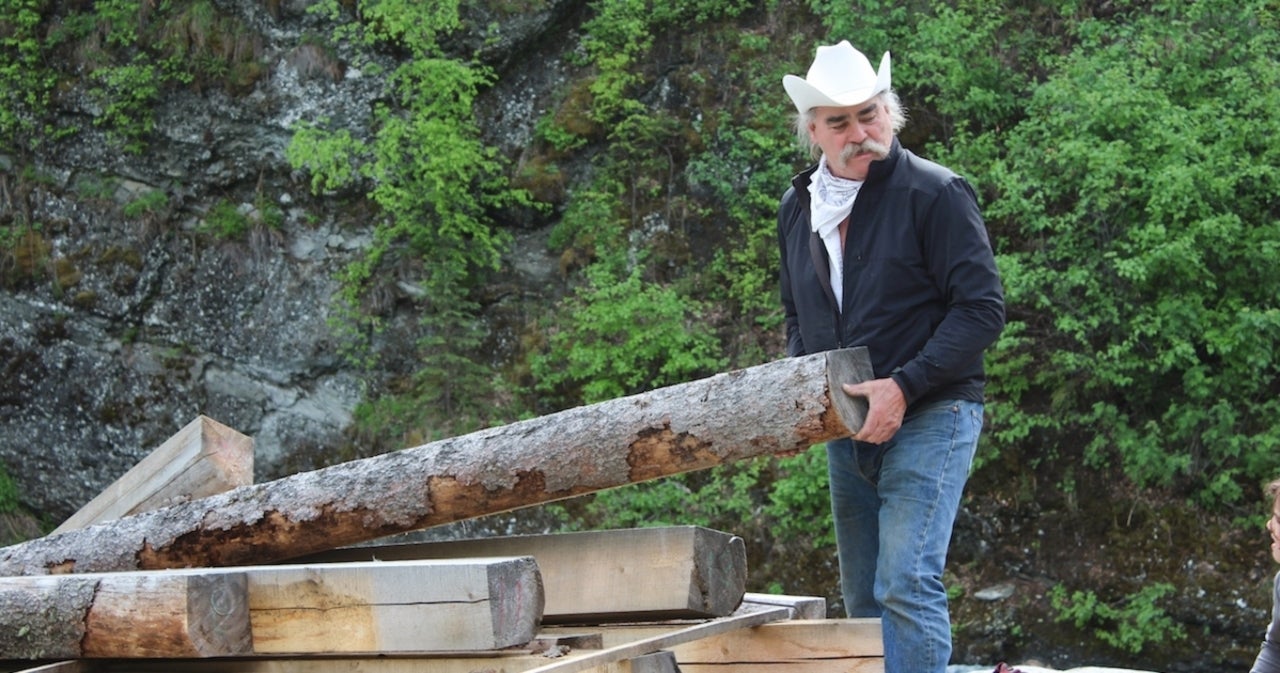 Marty Raney is a reality television personality, climber, musician, and songwriter. He was born in 1957 and grew up in North Bend, Washington. As a teenager, Marty dreamt of going to Alaska to experience its fascinating mountain ranges, rivers, villages, and other natural locales. His favorite pastime in high school used to be staring at the Cascade Mountains, which sowed his Alaskan dreams. At 16, Marty dropped out of school and went to Southeast Alaska in 1974. He started living in Prince of Wales Island on a floating logging camp and soon married Mollee Roestel. The couple moved to Haines, Alaska, a wild, remote area at the time that had a plethora of dangerous animals.

However, the rough life in Haines helped instill values in his family that truly mattered to Marty. Simple life and lack of resources made him and his family genuinely appreciate the little things, built a strong character, and brought them closer. Preferring to let go of all material pursuits, the outdoorsman learned survival skills and other things that later helped him work in the entertainment industry. Today, his decades of hard work and discipline have translated into an impressive net worth. However, before going into that, let’s have a detailed overview of Marty Raney’s career so far.

How Did Marty Raney Make His Money?

After quitting school, Marty began working as a logger and fulfilled his Alaskan dream at a very young age. While living in remote areas, he learned survival skills and ended up becoming a climber. The simple life that Marty embraced in outlying areas made him dexterous at old-world craftsmanship, which later turned out to be highly beneficial in his life. One of his earliest television projects was the documentary ‘Climb Against the Odds’ on which he worked as a cameraman, musician, and climber.

Interestingly, Marty also appeared in the movie ‘Spirit of Alaska’ as a climbing guide, in ‘Surviving Denali’ as a sound man, and in ‘Han-Denali’ and ‘Against All Odds’ as a guide and musician. His other works include ‘McKinley: Grand Mountain of the Far North,’ ‘An Idiot Abroad,’ ‘Strummit from the Summit,’ and ‘The High One.’ However, despite the numerous projects that he was involved with, Marty truly rose to prominence with ‘Ultimate Survival Alaska,’ in which he appeared in all three seasons. He is also a passionate musician and singer.

Marty’s influential persona and experience of living in homesteads in remote locations for several decades got him an opportunity to host the popular series ‘Homestead Rescue‘ and later ‘Homestead Rescue: Raney Ranch.’ Apparently, Marty and his sons fought hard to keep the show as authentic as possible. Apart from his involvement in the entertainment industry, Marty is also the owner of Alaska Stone and Log Company. Over the years, thanks to his numerous project in the film and television industry, Marty has made a name for himself and earned a considerable fortune. So, without any more speculation, let’s have a look at his net worth.

Marty Raney’s net worth is estimated to be around $1.2 million. Since he is still quite active in the entertainment industry and runs a successful business, we can expect his overall wealth to increase in the coming years.

Read More: Is Marty Raney From Homestead Rescue Married? Does He Have Children?