What is Melissa Gorga’s Net Worth? 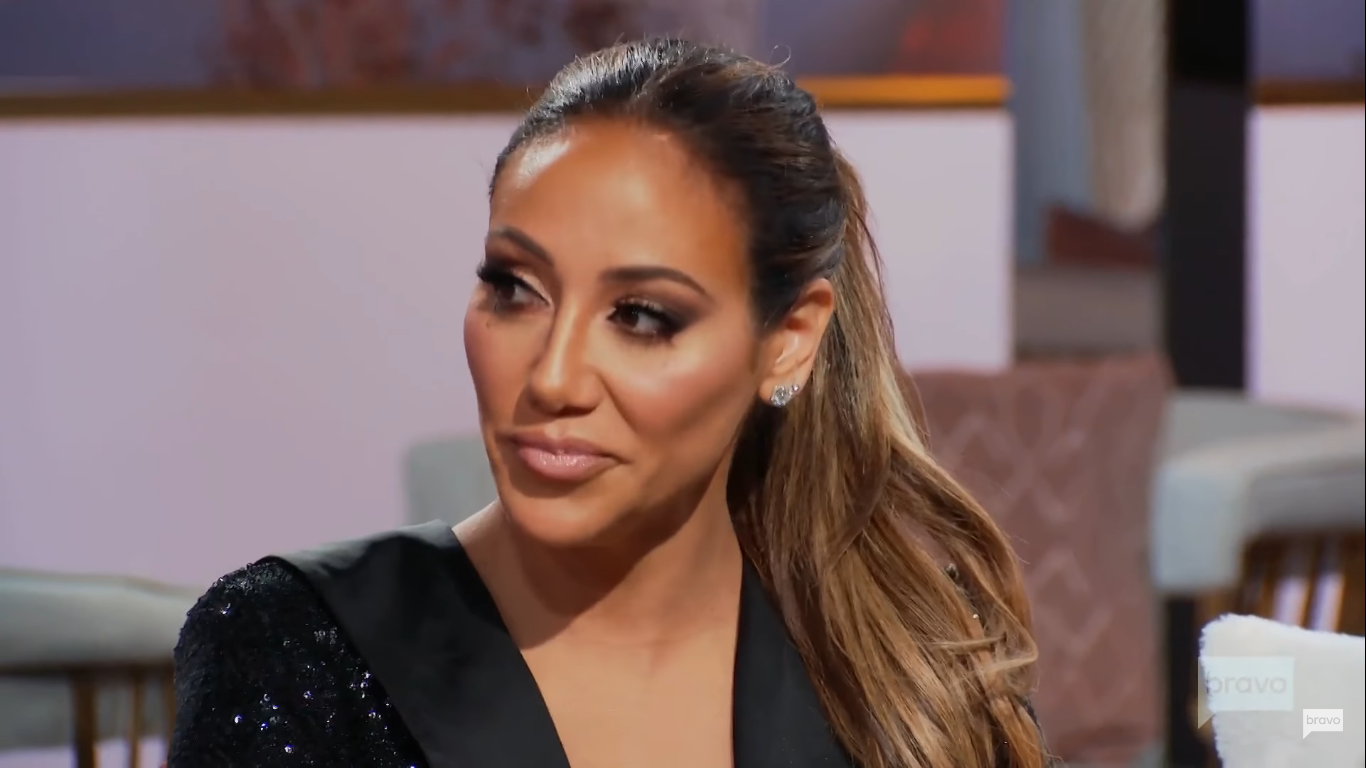 Melissa Ann Gorga is a television personality most popularly known to be one of the prominent cast members of Bravo’s reality TV show ‘The Real Housewives of New Jersey.’ Born in March 1979, Melissa Gorga is of Italian descent. She spent the majority of her childhood and her teen years in Toms River, New Jersey. She attended New Jersey City University, where she graduated in 2003. At the time, she stayed in Bayonne. She married Giuseppe “Joe” Gorga, a real estate developer who also makes appearances on the show. He is the brother of Melissa’s fellow cast member, Teresa Giudice. Together, Melissa and Joe have three children.

Besides having a recurring presence on ‘The Real Housewives of New Jersey,’ Melissa has other professional involvements contributing to her earnings, making her a millionaire. If you are curious to know where her net worth stands at present and how she accumulated her wealth, we have the answers for you.

How Did Melissa Gorga Make Her Money?

Melissa Gorga did not join the cast of the Bravo reality show until its third season. She was added as one of the primary housewives the show would focus on in 2011. In the same year, the August issue of Boardwalk Journal featured her on its cover page. She went on to appear in furthermore noteworthy magazines, including Paper and Us Weekly. She appeared on three episodes of ‘Teresa Checks In,’ one episode of ‘Manzo’d with Children,’ one episode of ‘Lip Sync Battle,’ ‘The Real Housewives of Atlanta,’ ‘The Real Housewives of New York City,’ and guest-starred in 13 episodes of ‘Watch What Happens Live.’

It might not be common knowledge, but Melissa Gorga also had a musical career. She debuted with her single “On Display,” which was released in August 2011 on iTunes. After that, some of her singles were also reviewed in some episodes on ‘The Real Housewives of New Jersey’ in its fourth season before Melissa issued a four-song EP. She released her fourth single in 2012, which also had an accompanying music video starring Santino Noir. In an interview in 2016, Melissa said she was putting a stop to her musical career but wouldn’t mind working on some more music in the future. 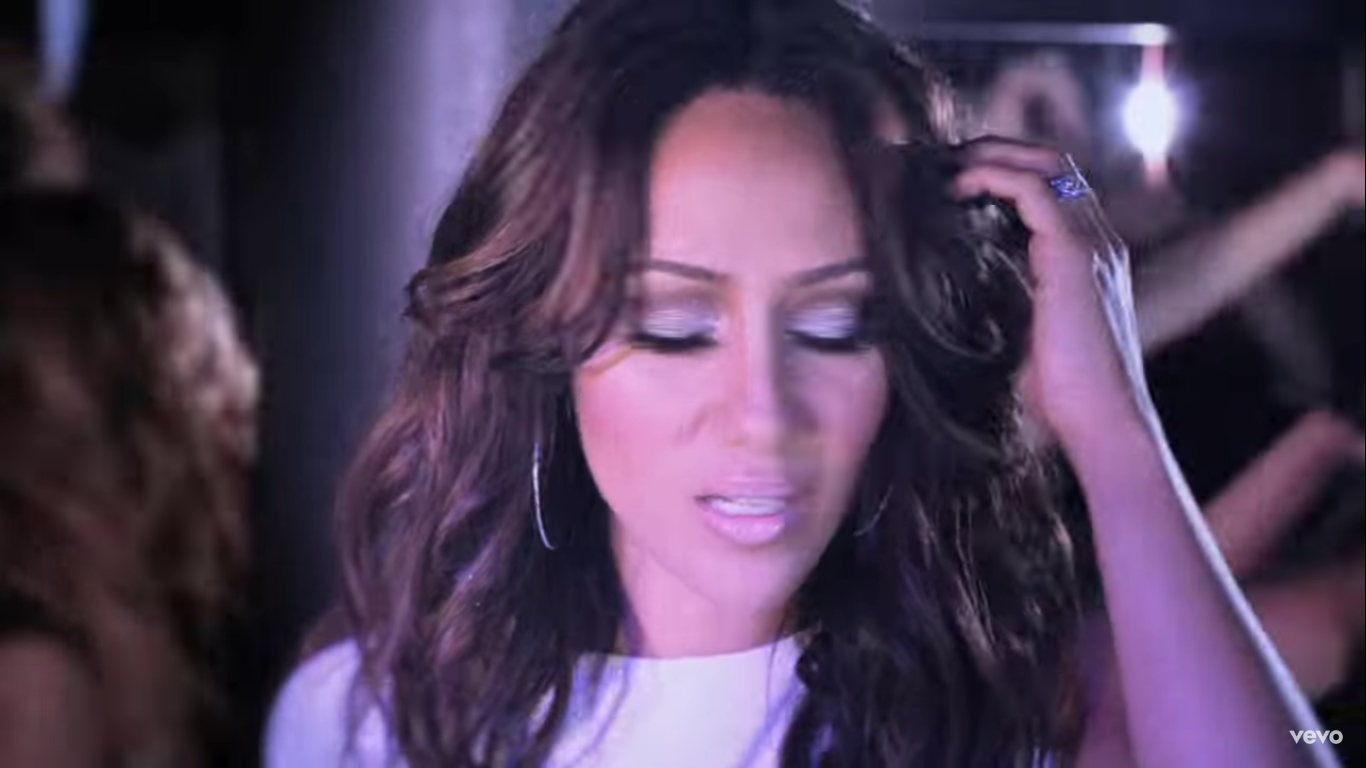 Melissa has also tried her hand at penning and publishing a book. She has authored the book ‘Love, Italian Style: The Secret of My Hot and Happy Marriage,’ published in 2013. Additionally, she has indulged in entrepreneurial ventures. She launched a jewelry line on HSN in 2014, and in late 2015 she started a clothing boutique called Envy by Melissa Gorga in Montclair. Her latter venture reflects her eye for fashion and style, and the store is decorated similar to her own walk-in closet.

The store also has an official online website, which doubles as an online retail store. Her clothing brand seems to be thriving and ships internationally. In 2017, Melissa went into business with her sister-in-law Teresa, and they opened a restaurant, but it had to be shut down in less than a year’s time. Apart from her entrepreneurial ventures and reality TV career, Melissa also earns through social media brand promotions and collaborations. 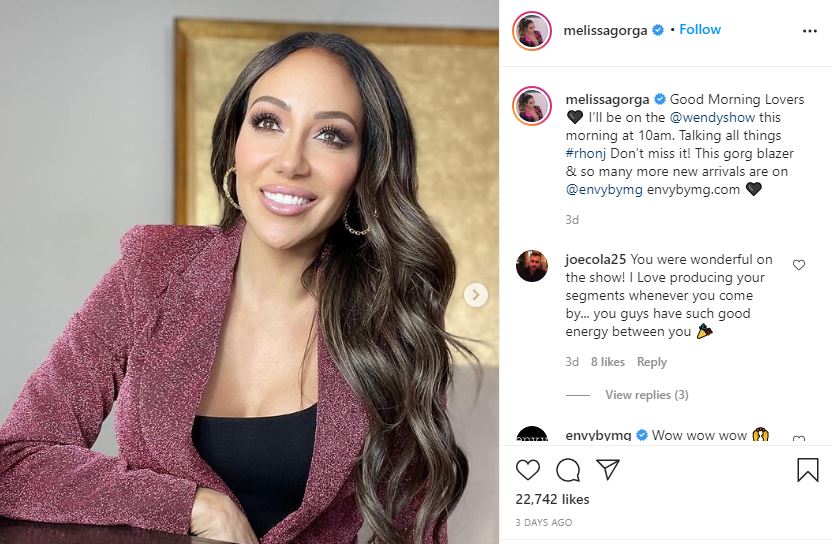 What is Melissa Gorga’s Net Worth?

There’s no denying that Melissa Gorga has made quite a fortune for herself, despite some financial ups and downs in the past. A combination of a successful reality television career and a clothing company has contributed majorly to her net worth, which is estimated to be around $2 million as of 2021.