What Is Nomadland About? 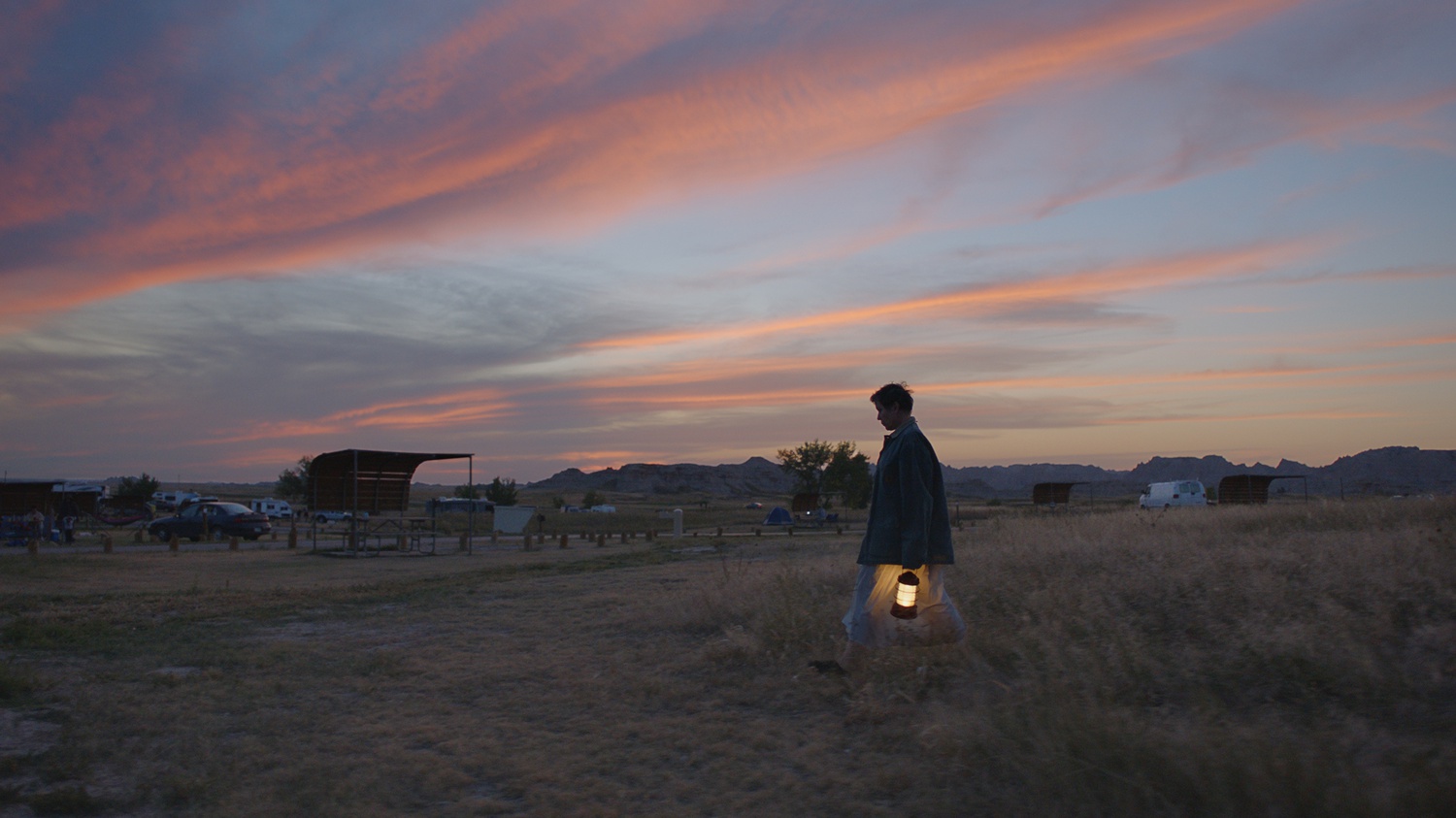 In its bare essentiality, ‘Nomadland’ is a story about human perseverance and the pursuit of personal independence. With the help of her frequent collaborator and real-life partner, cinematographer Joshua James Richards, director Chloé Zhao reinvents the road movie genre as a whole by making a film that is both a poignant drama and relatable documentary in equal parts. Through the perspective of its protagonist Fern (Frances McDormand), ‘Nomadland’ documents a new but growing subculture in America, in which thousands of people close to their retirement age are forced to give up their homes and hit the road in camper vans as they can’t afford traditional housing. Most of these people are victims of the 2008 Financial Crisis.

Fern joins this wave of new nomads following the death of her husband and the economic decimation and subsequent closure of the town she has called home for all her adult life. She is both an intimate observer and progressively willing participant in this lifestyle, serving as the perfect window to it for the film’s audience. On the road, she finds a strange form of camaraderie with her fellow roadies, not necessarily built on closeness, as they don’t see each other for most of the year, but on understanding each other’s situations and accepting it. But there are various other themes that the film tackles as well. So, without further ado, let’s discuss a few of them, shall we?

What Commentary Does Nomadland Offer on Restlessness and American Individuality?

Fern is an inherently restless individual. When she was married to Bo, she was able to overlook those urges. As she tells the young boy she meets on the road, she and Bo had been together since they were both teenagers. Bo loved Empire, the town they made their home in, and its people, and Fern loved Bo, and that was more than enough at the time. But after Bo’s passing, that restlessness that she had long suppressed comes back with a vengeance.

However, even then, she initially tries to disregard it in favor of what is familiar, until she is forced to acknowledge her circumstances. While on the road, Fern resonates with American individuality. She is out in nature and on her own. Society’s rules and regulations don’t apply to her, even temporarily. There is a memorable scene in the film in which Fern, completely nude, swims in a remote stream. Cut off from the rest of the world, Fern allows herself a moment of immobility. This perfectly represents Fern’s state of mind when she is out on the road. When she is traveling, she is at peace with herself.

This is one of the main reasons her relationship with David (David Strathairn) doesn’t work out. The two of them seem to be on vastly different junctures in their lives. David is done with the nomadic life. He has discovered that he has a home with his son and decides to live with him permanently. During her brief stay with David and his family, Fern gradually realizes how unfit she has become for home life. Her relationship with Bo grounded her, and she was happy to make the personal sacrifices for him. But now, having already experienced the full extent of a relationship and domestic life, she strives for the unknown, which she can only find on the road.

How Does Nomadland Resonate in the Post-COVID World?

‘Nomadland’ is based on the 2017 book of the same name by Jessica Bruder. It chronicles the lives and experiences of the real-life nomads. Since the advent of the pandemic, the world has forever changed, and human interactions beyond the digital medium have receded to a minimum. In this transforming world, very few movies are more relevant than ‘Nomadland.’ Initially, we taught ourselves how to live in our self-imposed isolation, hoping that the effects of the pandemic would fizzle out soon.

But that didn’t happen, so we learned how to thrive in our isolation, this time hoping to experience some form of quality of life. As she moves from one job to the next, Fern experiences profound loneliness of the same kind in the vastness of America. She progressively sheds the constraints that society puts on a person for simply being a part of it and becomes one with nature. 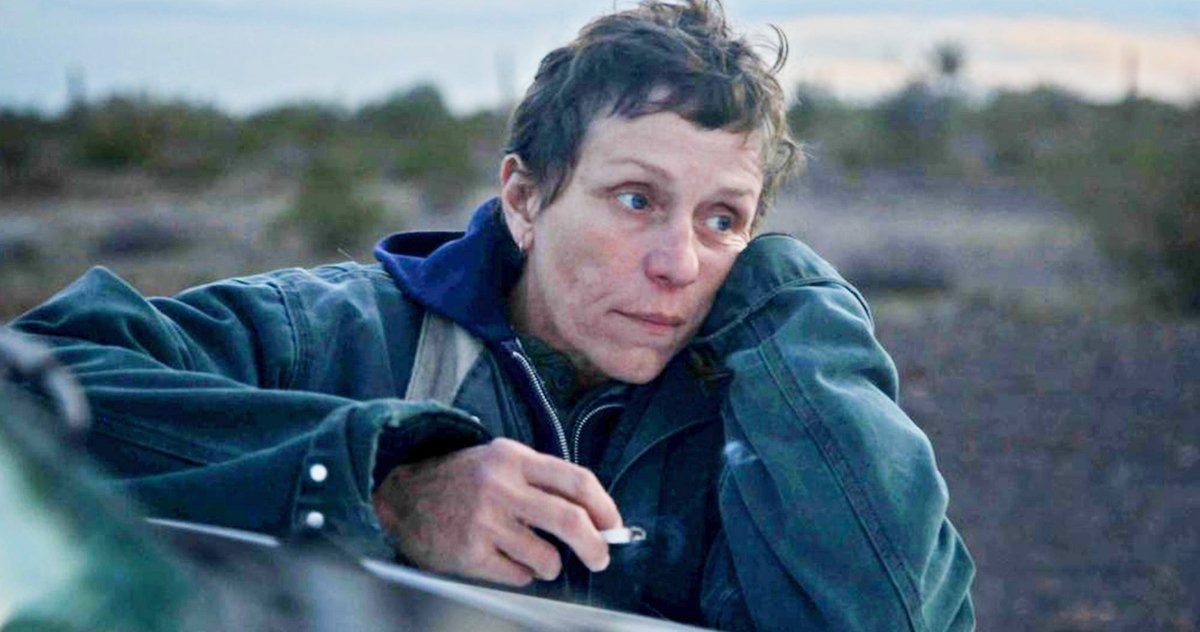 If the pandemic has any positive effect whatsoever, it is the fact that it has given us ample time for self-reflection. Physically separated from the social circles that we have spent years building, we have finally learned the value of the truly important things in life. But ‘Nomadland’ stops itself from depicting the negative aspects of leading an isolated life. Because, after all, the film celebrates the lifestyle of the new nomads.

The pandemic, however, has shown us that self-isolation is a privilege that can be enjoyed only by a selected few. And even the ones who can afford it are affected by severe psychological and emotional damage. ‘Nomadland’ teaches us to appreciate the isolation and maybe even provide guidelines on how to survive it, but it doesn’t predictably offer a way to escape it.