What is Russell Howard’s Net Worth? 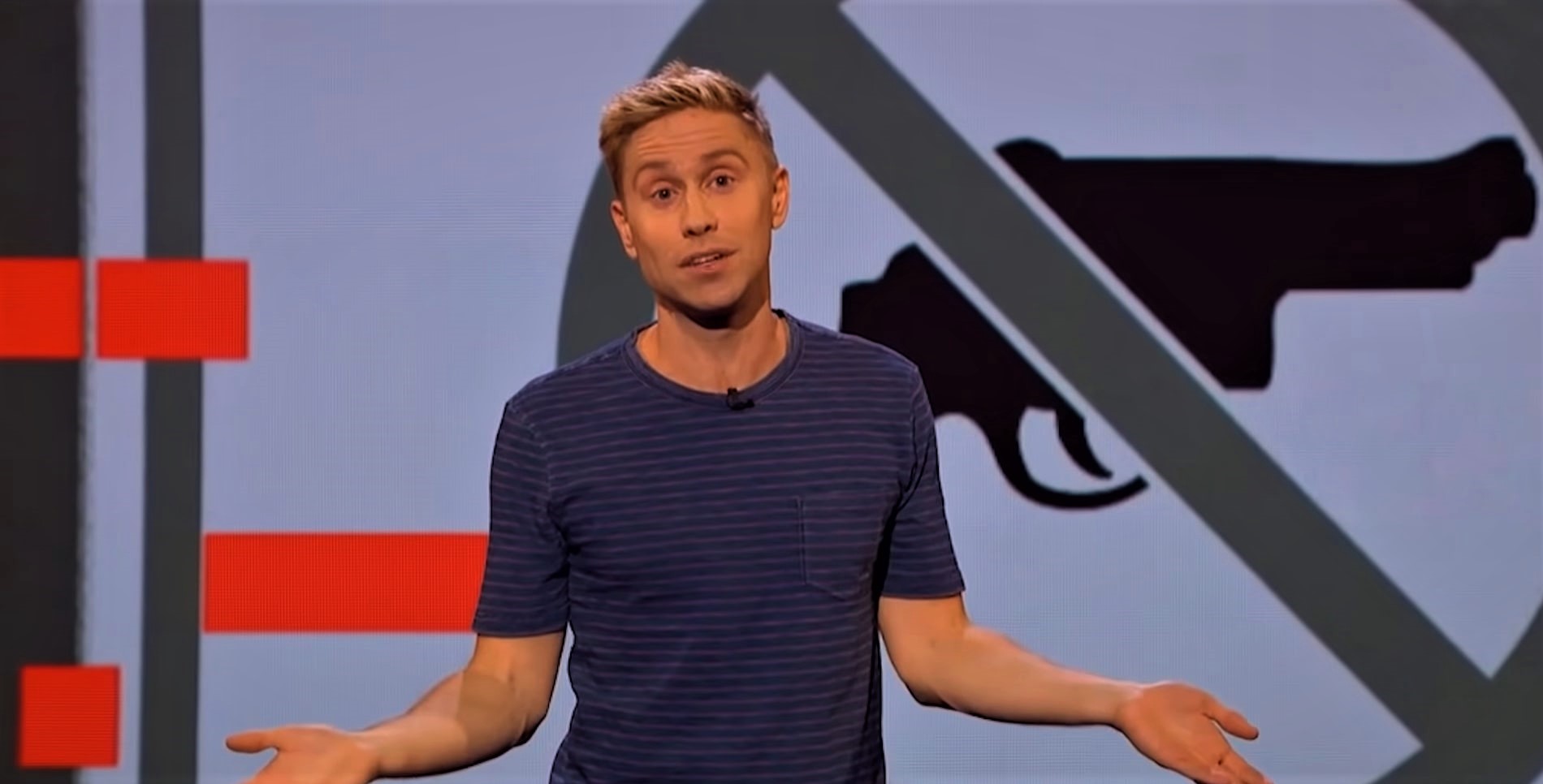 Russell Howard is an English comedian, actor, and television presenter who rose to prominence with the topical news television series ‘Russell Howard’s Good News.’ Born in Somerset, England, on March 23, 1980, he initially studied at the Bedford Modern School and later attended the Perins School and Alton College. After graduating, Russell enrolled in the University of the West of England, Bristol, where he earned a degree in economics. However, regardless of the career options that his education opened for him, deep down, Howard knew what he always wanted. He pursued a career in the entertainment industry and is now a well-established comic. Apart from being a consummate professional, the comedian is also a die-hard football fan.

Russell has younger twin siblings (Kerry and Daniel), and he shares a great relationship with them. The comedian is a true family man and has been happily married to Cerys since June 2019. They live together in London with their dog Archie, a Jack Russell Terrier. Over the years, his growing fan following has led to countless speculations on his net worth. If you are looking for similar information, then we have got you covered.

How Did Russell Howard Make His Money?

Russell’s career in the entertainment industry kicked off in 2004 when he joined the comedy series ‘The Milk Run’ as a writer, singer, and performer. Interestingly, he also made his acting debut in the same year when he appeared in ‘Shaun of the Dead’ as a zombie. Unfortunately, his small role went largely unnoticed at the time, but his talent was getting recognition in a number of radio shows. Russell slowly amassing a decent fan following and appeared in ‘Political Animal’ and ‘Banter.’

The comedian soon became an indispensable part of the topical celebrity show ‘Mock the Week.’ While he made regular appearances there, Howard was also featured in a few episodes of ‘Would I Lie to You?,’ ‘Live at the Apollo,’ ‘8 Out of 10 Cats,’ ‘Never Mind the Buzzcocks,’ and ‘Law of the Playground.’ By the time Russell was no longer a regular panelist on ‘Mock the Week,’ he had already made a name for himself in the television industry. He went on to work with well-established comedians and television personalities like John Oliver, Daniel Kitson, Alun Cochrane, and David O’Doherty.

Despite all the opportunities that he got over the years, his career-defining show continues to be ‘Russell Howard’s Good News,’ a comedy show commissioned by BBC Three for people under 25 years of age. The series first premiered in 2009 and lasted for ten seasons. He now stars in Sky Max’s topical news comedy show ‘The Russell Howard Hour.’

Apart from his successful television career, the comic is often busy in live shows and tours. He has even appeared in the 2015 festival movie ‘A Gert Lush Christmas.’ In 2021, he also got his own Netflix special titled ‘Russell Howard: Lubricant.’ As if a successful career as a comic, actor and television presenter was not enough, Russell also has his own YouTube channel, where he has over 1.2 million subscribers. His long career so far has obviously helped him earn amass a considerable fortune, so without wasting any more time, let’s have a look at his net worth.

Russell Howard’s net worth is estimated to be around $5 million. As he has an active career in the television world, it wouldn’t be wrong to presume that his overall wealth will only proliferate in the coming years.

Read More: What is Jack Whitehall’s Net Worth?