What Is Sunny Balwani’s Net Worth? 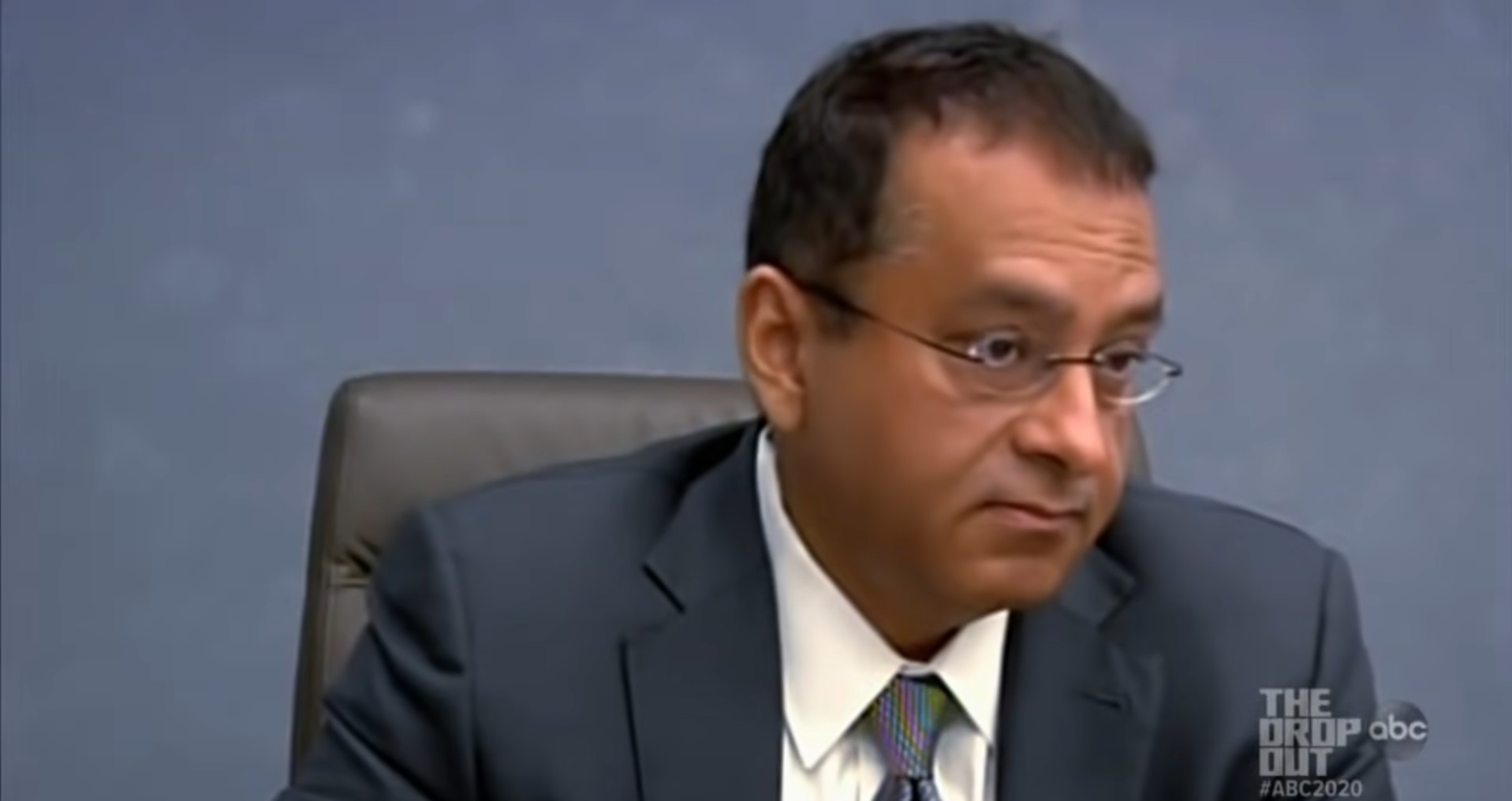 Based on the eponymous podcast by Rebecca Jarvis and ABC Audio, Hulu’s ‘The Dropout‘ documents the life of Elizabeth Holmes and the rise and fall of her company, Theranos. At the time of establishing Theranos, Elizabeth was romantically involved with Ramesh “Sunny” Balwani, who subsequently joined the company as its president. However, with the US Securities and Exchange Commission bringing a charge of fraud against the company and its leaders, Balwani found himself indicted on multiple counts of wire fraud and conspiracy to commit wire fraud. With the former president now awaiting trial, the Hulu show has made fans quite curious about his net worth. Well, we come bearing answers!

How Did Sunny Balwani Make His Money?

Born in Pakistan, Sunny grew up in India and completed his schooling before immigrating to the US. He then went on to earn an undergraduate degree in information systems from the University of Texas at Austin, which landed him jobs at top software companies like Microsoft and Lotus Software. Eventually, he helped develop the software development company, Commercebid, which helped other businesses navigate the world of eCommerce at a time when the Internet was taking the world by storm.

In 1999, Commercebid was bought out by Commerce One, and according to reports, Balwani was made a member of the parent company’s board. Subsequently, in the year 2000, Balwani sold his shares in Commerce One, and reports claim that he made about $40 million in the sale. Balwani then enrolled himself in the MBA program at the University of California, Berkeley.

In 2002, he met Elizabeth Holmes during a trip to Beijing, and it did not take long for the pair to get involved in a romantic relationship. Although Elizabeth started Theranos in 2003, Balwani took on the role of the president in 2009 and was responsible for the day-to-day running of the company. He even mentioned that he loaned the company $13 million to bail them out of a tough situation. Theranos’ Edison blood-testing device propelled them into popularity, and Balwani was successful in increasing the company’s venture capital. By the end of 2014, Theranos was valued at $9 billion, naturally boosting its president’s net worth.

However, things soon turned ugly, and in March 2018, the US Securities and Exchange Commission charged Theranos, Balwani, as well as Elizabeth with fraud. The former president claimed he was innocent, but on June 15, 2018, he was indicted on nine counts of wire fraud and two counts of conspiracy to commit wire fraud, alongside Elizabeth Holmes. Although Balwani is now awaiting his trial, he has always insisted on his innocence and has denied all allegations. Besides, viewers should also note that Theranos shut down all operations in 2018.

What Is Sunny Balwani’s Net Worth?

Considering his position at Theranos, Balwani had an approximate total net worth of around $85 million back in 2018. However, after several years of legal action, we can safely assume that his net worth has taken a big hit since then. Besides, he most likely will also incur massive legal costs fighting his case.

Read More: Is The Dropout’s Don Lucas Based on a Real Person? Where is He Now?