What is the Meaning Bo Cruz’s Tree Tattoo in Hustle?

In Netflix’s ‘Hustle’, Juancho Hernangómez plays the role of Bo, a promising basketball player who is discovered by a talent scout, Stan Sugerman. Bo comes from a humble background, trying to make a good living to support his family. His love for basketball leads him on a journey that tests his mettle – both physical and mental. All through it, Stan coaches him and becomes someone that Bo can rely on completely. Their final interaction in the film, where their teams are playing against each other, is a cheery one. It is a testament to their love and respect for each other. In the same scene, the camera lingers on a tattoo that Bo didn’t have throughout the entirety of the film. It means he’s got it only recently. Here’s what we think it signifies. 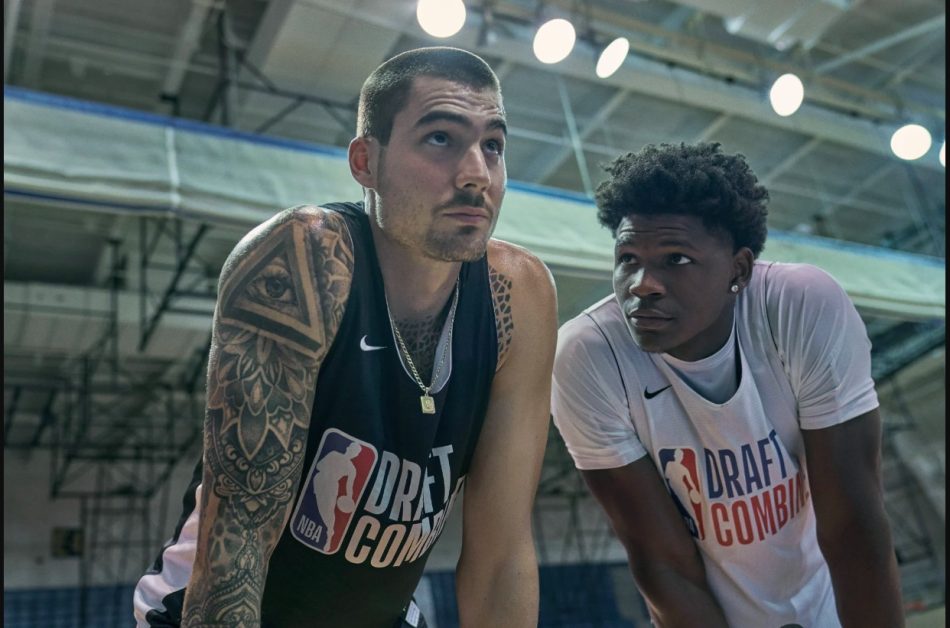 Family means everything to Bo. He loves his mother and his daughter very much, and everything that he does is for them. To express his love, he gets tattoos on his body. Each tattoo is dedicated to either woman in his life. He explains it to Alex when she asks him about the baby chick on his arm. He says that he got it for Lucia, whom they call Pollito, which means little chicken.

While Bo’s chest and right arm are full of tattoos, his left arm is squeaky clean. At first, it seems like a random choice, but after we discover the context behind them, the absence of tattoos on his left arm bears more meaning. Alex notices this, along with the fact that Bo doesn’t mention his father. When she asks him where the tattoos for his father are, he points to the empty arm. While Alex didn’t know his history, it becomes clear to her that his father means nothing to Bo, and there’s a good reason behind it.

Before convincing Bo to accompany him to the States, Stan sits down with his mother to talk about his past. She tells him that when Bo was still a child, around ten years of age, his father left them. He didn’t die, which is what Stan first thinks. Instead, he left his family for some other woman with whom he moved to Portugal and wasn’t heard back from since. With his father gone, Bo felt the pressure of taking care of his family, which is why his mother calls him her “strong oak tree”. His family struggled a lot, and Bo never forgave his father for abandoning them. And as a symbol of that, he never got a tattoo on his left arm.

Meeting Stan, however, changed his life. He found someone who believed in him and was ready to do whatever it takes to see him succeed. Stan pushed him to his limits, paid for his expenses out of his own pocket, and took great care of him. Bo was grateful for it because Stan could have just as easily abandoned him when he first found out about Bo’s assault charges at the airport. Despite Bo’s transgressions, Stan never gave up on him and told him to never back down.

With this strength and support that Stan gave him, he became Bo’s strong oak tree. After everything they’ve been through and after everything Stan’s done for him, he means the world to Bo. As a symbol of that respect and love, he gets an oak tree tattoo on his left arm. He also has “NEVER BACK DOWN” tattooed above the tree as a reminder of the greatest lesson he learned from the man who changed his life.