What is the Meaning of The Banshees of Inisherin Title? 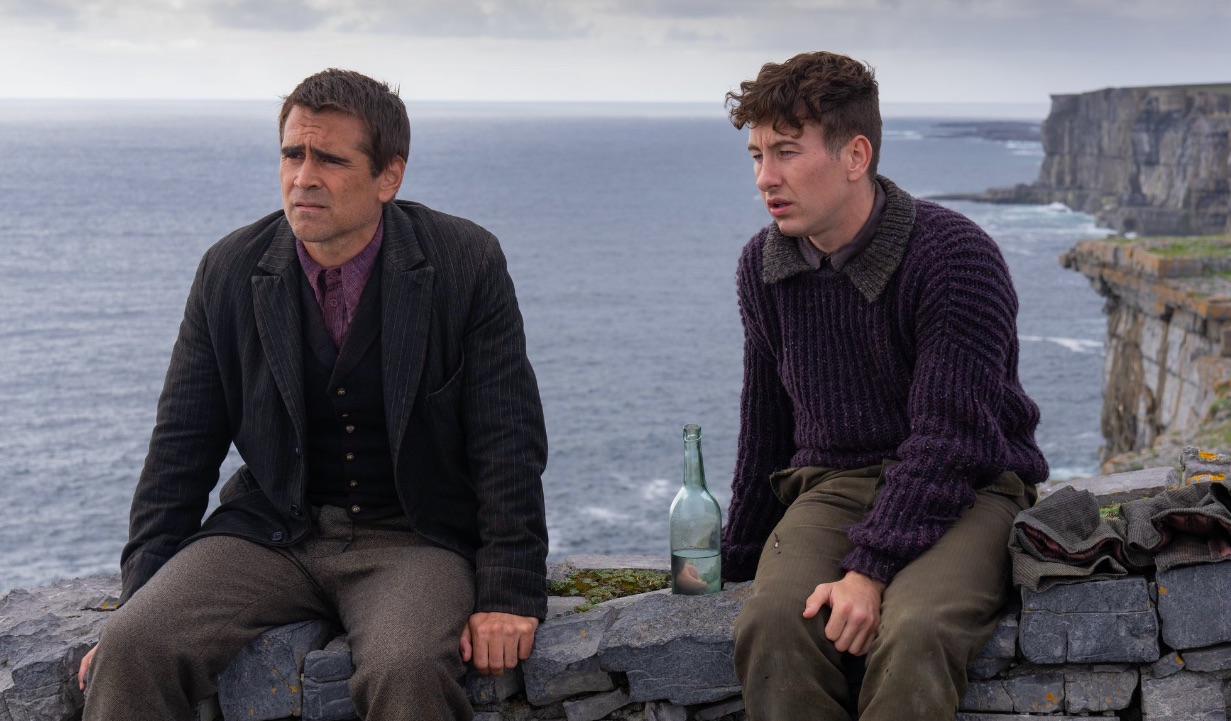 Martin McDonagh’s ‘The Banshees of Inisherin’ follows the story of Pádraic and Colm. Their friendship comes to an abrupt halt when Colm decides that he is done with the dullness that Pádraic brings into their conversations. Instead of wasting his time chatting about mundane things, Colm wants to use whatever time he has left on earth to make music, something that will stay behind and be remembered even when he has been forgotten. By the time the credits start to roll, the film reveals its many layers, saturated with allegories and themes that make the audience think long after they’ve watched the film. Its title happens to be one of those things. Here’s what it means in context to the film. SPOILERS AHEAD

The Banshees of Inisherin Meaning

More than fifteen years ago, Martin McDonagh wrote a play, titled ‘The Banshees of Inisheer’. It never saw the light of day, but the title stuck with the director and he revisited it years later, but with a different story. This time, he turned Inisheer into Inishiren. The reason behind it was a technical as well as a creative choice. While the film was shot in Inishmore, several other close locations were used in the process. The director didn’t want the audience, especially the Irish audience who would be familiar with the locale, to connect to one place. He wanted something more detached, much like the detachment of the people of Inisherin from the ongoing civil war on the mainland.

The mention of the word “banshee” signifies the importance of death in the story. Banshees are mythical figures in Irish folklore. Their wails are the omens of certain death on the doorstep. This fact is directly referenced in the film when Colm tells Pádraic about the tune that he has been working on since he broke things off between them. He also adds that the banshees probably don’t announce their arrival anymore. They sit back and observe things as they happen.

We find this personified in the character of Mrs. McCormick. The whole persona of the old woman is eerie, so much so that Pádraic and Siobhan hide when they see her coming. Still, there is no escaping her. Eventually, Siobhan has to spend an evening with her, while Pádraic has to come face to face with her, only to hear her predict a death or two in Inisherin. Despite the creepiness that she adds to the film, Mrs. McCormick is, ultimately, not the banshee that the film hints at. It is Colm’s tune, aptly sharing its name with the film’s title, which acts as the banshee in the film. It is Colm’s desire to make this tune that brings about the end of his friendship with Pádraic, further leading to mayhem and bloodshed in both their lives.

Interestingly, we never really hear the entire tune in the film, but it is after Colm has finished composing it that a series of deaths take place. The creation of the tune is followed by Colm cutting off the rest of his fingers, marking the death of his ability to make music for the rest of his life. This leads to Jenny’s death, which drives the final nail in the coffin of Colm and Pádraic’s friendship. By the end, as predicted by Mrs. McCormick, death arrives in Inisherin when Dominic dies. Colm could have died too (which is why the old woman added maybe before the second death), but he made it out of the burning house, just in time.

Addressing the whole island of Inisherin, the title also makes us look toward the lives of other people, apart from the two leads. We find Siobhan caught in a situation where her life feels meaningless and she seems to be waiting for death to come her way, just like everybody else on the island. Following the strife between her brother and his best friend, Siobhan sees the future that awaits her and she decides to avoid that by running away from the island. For the rest, however, fate is sealed. As Siobhan waves goodbye to her brother from the boat that takes her to the mainland, she sees a figure in the distance, one that looks a lot like Mrs. McCormick.

The change in Siobhan’s expression is ominous, especially seeing the banshee-like figure so close to her brother. Previously, while waving to the old lady across the lake, she’d felt a similar chill. Instead of waving back at her, Mrs. McCormick beckoned Siobhan to her. It was as if death itself was inviting her to dive into the water. It is also particularly interesting because Mrs. McCormick’s gesture could have been intended for Dominic, who dies soon after.

The looming presence of Mrs. McCormick during the ending mirrors the clouds looming over Inisherin in the final shot of the film. It’s like the entire town is under the grips of the same loneliness, anger, despair, and the lives that will be forgotten as Colm’s. It is this that portends to the death of lives and dreams for whoever doesn’t escape the island in time, unlike Siobhan. Perhaps due to the collective meaning of all these things, the plural form of the word appears in the title. It isn’t a single banshee that portends the end of things. There are several roaming around in Inisherin, though not all of them might be corporeal or something that is outside one’s mind.

Read More: Are Pádraic and Colm Friends at the End of The Banshees of Inisherin?