What is the Meaning of the ‘Nocebo’ Title? 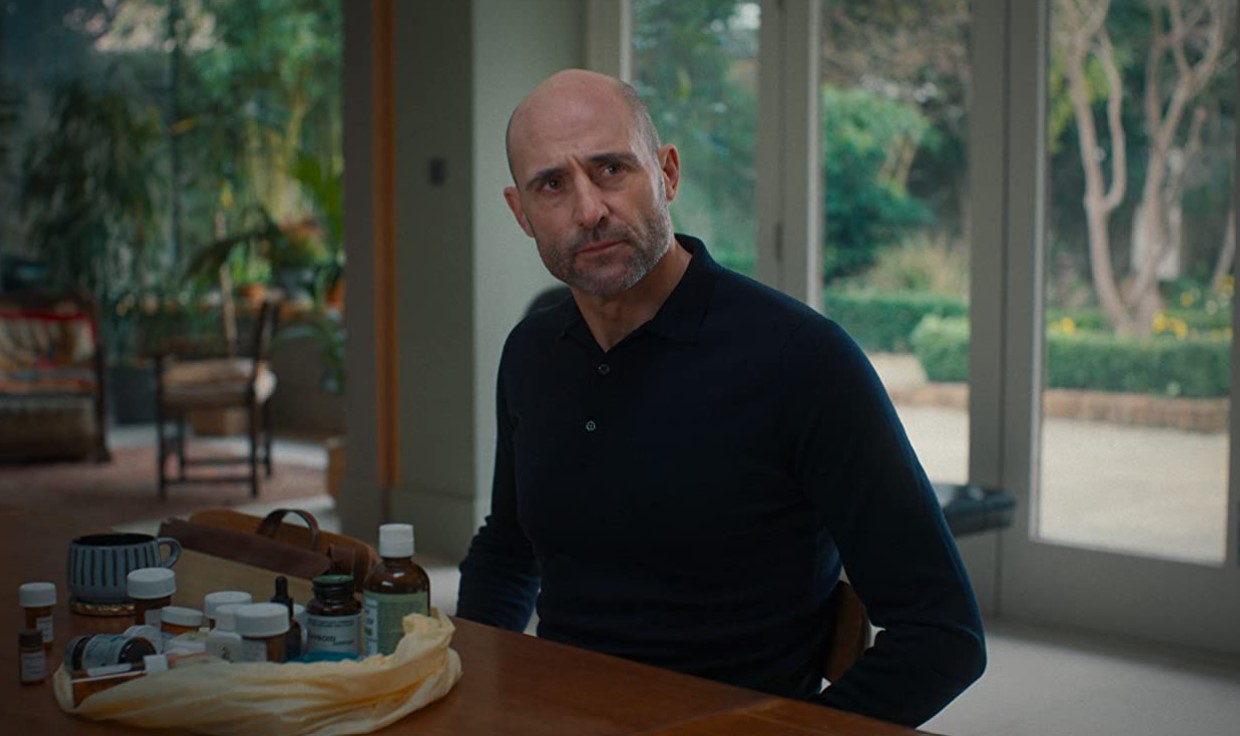 Directed by Lorcan Finnegan, ‘Nocebo‘ is a psychological thriller movie that revolves around Christine and her mysterious illness. As a tick latches on to her, she starts feeling vague and strange sensations that cause headaches, rashes, and even memory loss. Her husband and daughter worry for her but can’t seem to help her. The movie features Eva Green as Christine, along with Mark Strong, Chai Foncier, and Billie Gadsdon.

The writer of the movie, Garret Shanley, weaves the plot intricately with layers of motifs and personified devices that intrigue the viewer. It deals with guilt, grief, and the consequences of ambition that can lead one astray. Furthermore, there are a lot of devices that are used to foreshadow a character’s fate. Likewise, the title aptly conveys the overarching themes of the plot. Let’s discuss what ‘Nocebo’ means. SPOILERS AHEAD!

What is the Meaning of the Nocebo?

Ensuing Christine’s strange illness, Diana, a Filipino caretaker, enters the house. Despite not having any memory of inviting her, Christine lets her in. As the story progresses, Diana comes to Christine’s aid and helps cure her symptoms. She does so with unconventional methods like bizarre herbs, chanting phrases in her mother tongue, and offering the warmth of a fire. 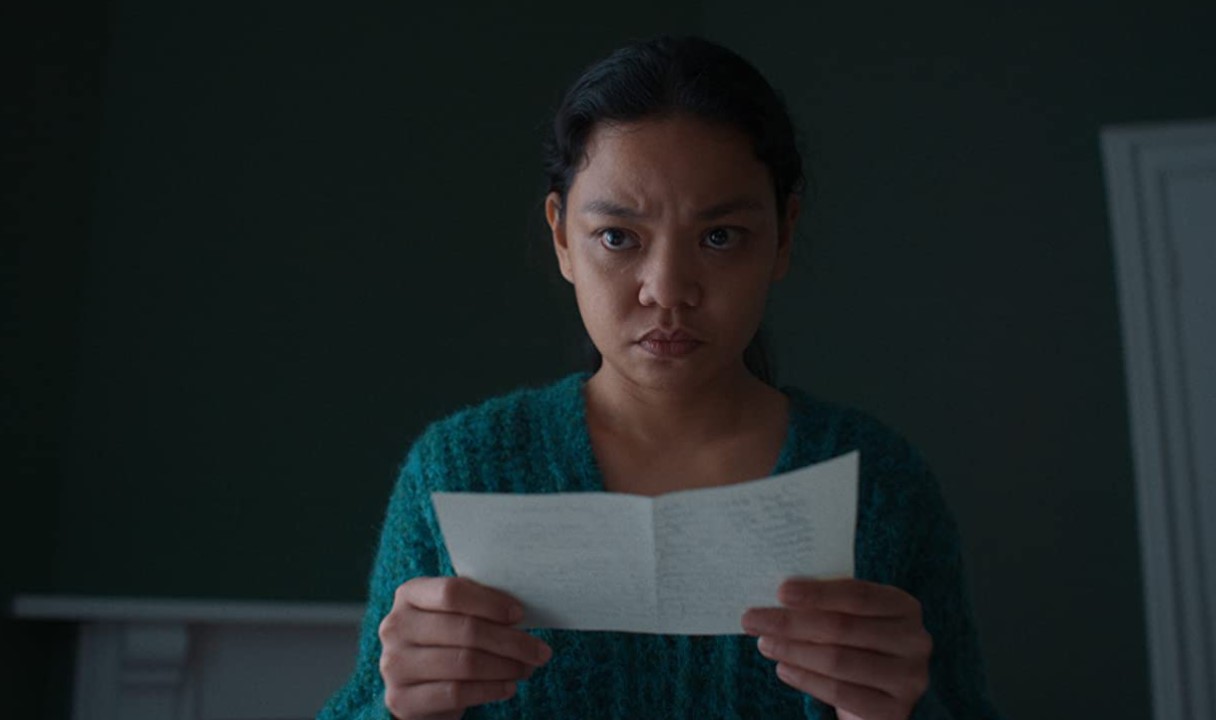 Even though the movie’s plot or the characters never mention the word ‘Nocebo,’ we find that the title’s meaning has a more profound connotation. The word comes from the Latin origin’ nocēre,’ which means ‘to harm.’ Nocebo signifies a harmful effect on health produced by psychological or psychosomatic characteristics such as negative expectations of treatment or prognosis. The word is the opposite of the placebo effect, where a person is induced to experience mental relief.

In the movie, as Felix also puts it, Christine is believed to experience the side effects of her own guilt. Her ailment begins when she receives the call informing her of the fire in the factory. That’s when she sees the dog and gets infected by the tick. The subsequent effects on Christine are psychogenic, and she also begins to see visions. At the fashion shoot, her eyes deceive her as she sees everyone infested with lice and ticks. She begins projecting her issues onto others and witnesses everyone with the same ailment.

However, Diana’s unconventional remedies add to the adversity more than her own guilt. Christine does get better for an instant, but not in the long run. Her negative thoughts and memories manifest into something sinister that eventually harms her health. It can be argued that the title does justice to the movie in a way where Diana is the one who makes Christine confront her wrongdoings. This lets Diana plant the negativity in Christine’s head when she is already at her most vulnerable. 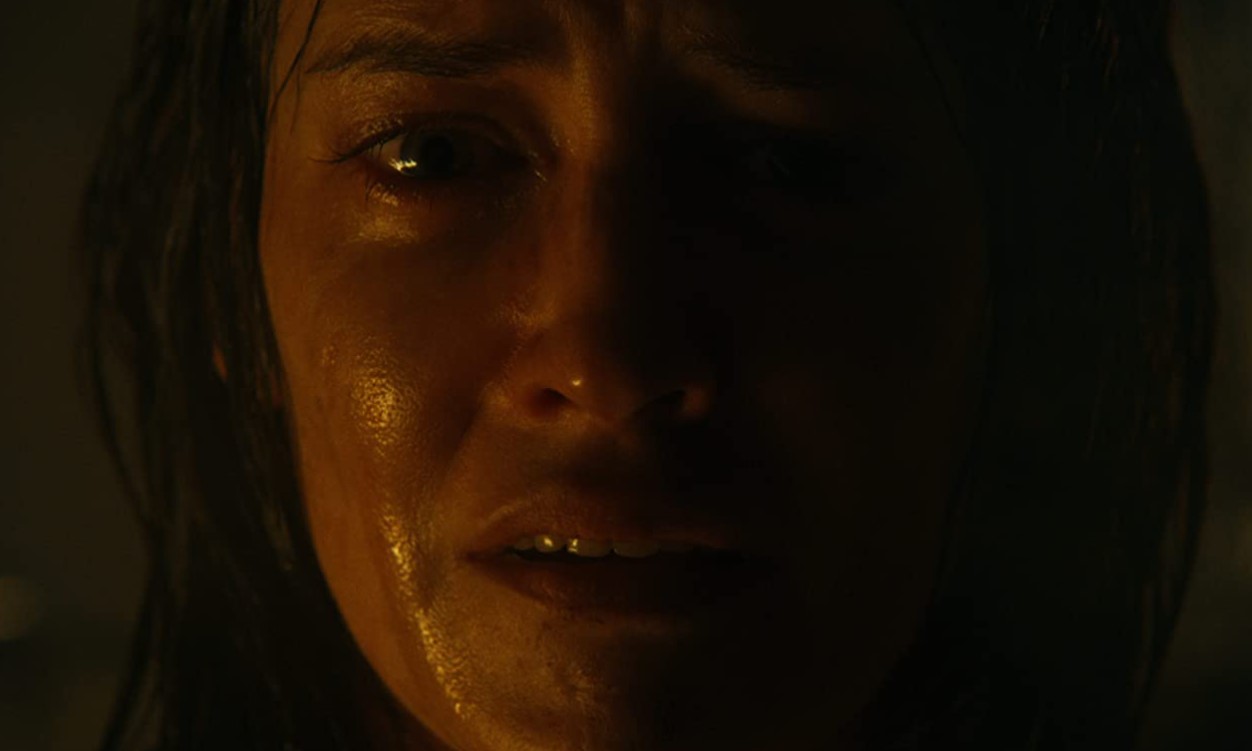 Director Finnegan and writer Shanley put a lot of work and thought behind the movie’s title. In an interview, Finnegan talked about the relationship between nocebos, shamanism, and, ultimately, the rise of capitalism. He added, “You can’t make any money from placebos, but they do work, which is interesting. So, that was the initial kind of inspiration, and we just started doing a lot of research, which led us to these parallels between Ireland and the Philippines. They were colonized by the Spanish. Christianity was introduced, and they had these powerful priestess women, but they were eradicated as well. The Philippines is big, there are [7,100] islands, so they still have a strong tradition of shamanism in some islands, like Cebu and Siquijor. We started researching and went there.”

The makers of the movie reflect this research in showing the origins of Diana as well when Felix asks about her hometown. The authenticity and originality of the concept are well portrayed. In conclusion, the purpose behind the title ‘Nocebo’ is to highlight Christine’s self-perpetuating suffering that worsens with Diana’s intervention.