What is ‘The Pale Horse’ Based on?

Amazon’s ‘The Pale Horse’ is an atmospheric folk-horror whodunit that leaves you spellbound with its each twist and turn. The two-part series is a deliciously haunting offering in the genre, and even has style to spare. The series is set in London of the 1960s, and centers around Mark Easterbrook, an antique’s collector, whose life suddenly takes a dark turn when his name is found on a list in the shoe of a dead woman. And thus begins an unsettling mystery that eventually leads him to “The Pale Horse”, and to the three witches who’re supposedly responsible for all the deaths.

The list found in the dead woman’s shoe includes several names, including his and his mistress Thomasina’s, who also dies unexpectedly. As Easterbrook digs deeper he realizes several other names from the list also died unexpectedly, but of natural causes. All the victims have a connection to the village called Much Deeping, where a group of witches inhabit a house converted from an old inn called the “Pale Horse”.

As the mystery deepens, Easterbrook begins to believe that the witches could actually be responsible for all the deaths. And that he may be the next in line. The series then explores Easterbrook’s attempts to solved this haunting mystery, and find a way to save himself. Due to its historic setting and distinct premise, one can’t help but wonder if ‘The Pale Horse’ was inspired by real events. In case you wondering the same, we’re here to help. Here’s everything you need to know. (SPOILERS ALERT!)

Is ‘The Pale Horse’ Based on a True Story? 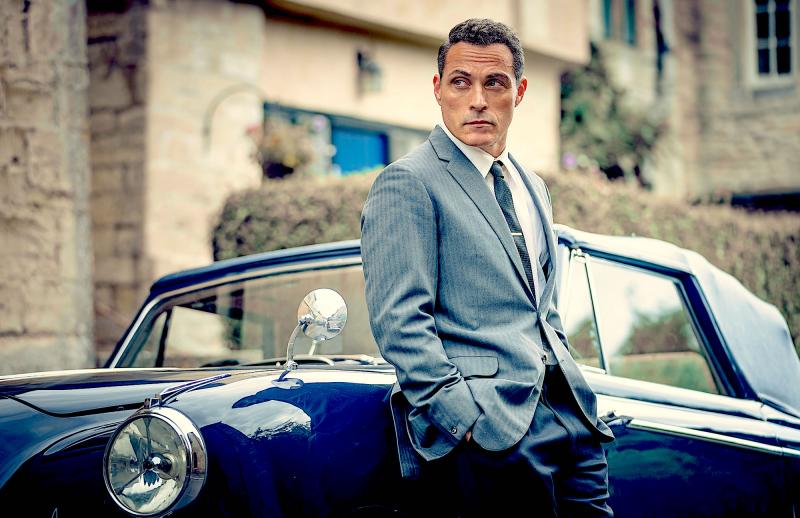 No, ‘The Pale Horse’ is not based on a true story. It is, instead, an adaptation of an Agatha Christie classic of the same name that was written and published for the first time in 1960s. The series is helmed Sarah Phelps who is best-known for her Christie adaptation for BBC.  She has previously adapted ‘And Then There Were None’, ‘The Witness for the Prosecution’, ‘Ordeal by Innocence’ and  ‘The A.B.C. Murders’.

With ‘The Pale Horse’ Phelps gives Christie’s story a more unsettling take, while also doing justice to its black magic themes. Phelps’ adaptation, however, takes several liberties from the original work. But this makes sense given that TV and film adaptations cannot usually incorporate everything from their source materials in order to remain coherent. Read on to find out some of the changes that the series made.

Differences between the Book and the Series 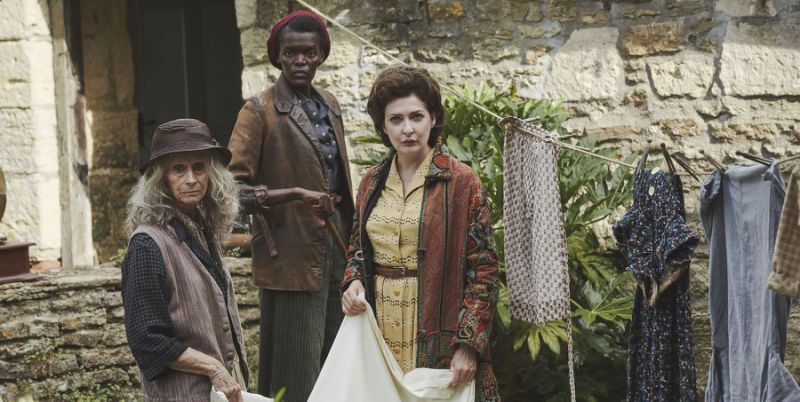 One of the first difference is that in the novel, the list is found in the shoe of an old Catholic Priest, Father Gorman. Secondly, and more importantly, Eastbrook does not find his name on the list. And neither does Osborne’s name feature in the list.

In the novel, Osborne makes use of information from a research organization called Customers’ Reactions Classified (CRC), to find out details about them that usually include their address and the products they use. He then poisoned each victim’s product with thallium based on this information. In the series, Osborne poisons the victim’s water.

Osborne is also a retired chemist in the novel, which makes more sense in relation to thallium poisoning. Similarly, Eastbrook in the novel is not an antique dealer but a historian and writer. Thomasina in the book is not Eastbrook’s mistress, but just someone he comes across. In fact, the novel has another crucial character called Ginger, who eventually becomes Eastbrooks’ fiance.

One of the most fun part of Christie’s novel which was not included in the series is Ariadne Oliver, a recurring minor character in Christie’s work. In fact, it is through Oliver that Christie makes her own Detective Universe. Oliver is introduced as a friend of Poirot’s, but in ‘The Pale House’ she briefly meets the friends of Mrs. Marple, subtly revealing that Poirot and Mrs. Marple live in the same universe.

Oliver is also mystery writer like Christie, and it believed that she based the character on herself. In an 1956 interview she was quoted saying, “I never take my stories from real life, but the character of Ariadne Oliver does have a strong dash of myself”. However, Ariadne Oliver is not the only bit in Christie’s novel that is taken from real-life. In fact, the title of the novel is taken from the Bible, and references the Pale Horse mentioned in the Book of Revelation which is ridden by Death during apocalypse.

The Impact of Christie’s ‘The Pale Horse’ in Real Life

Though Christie’s ‘The Pale Horse’ is not based on real-life, it had quite an impact on the lives of some very real people. In fact, it was responsible for saving several lives, and even a murder. It is believed that in 1975, Christie received a letter from a woman in Latin America who realized that her husband was poisoning her through thallium based on the symptoms that Christie wrote about.

Similarly, in 1977, a nurse named Marsha Maitland saved a 19-month baby’s life. The baby was suffering from a mysterious illness, and at the time Maitland was reading ‘The Pale Horse’ and corrected the suggested that the baby could be suffering from thallium poisoning. It is also believed that Graham Frederick Young (the Teacup Poisoner), a serial killer who poisoned several individuals with thallium, was caught with help from the book. But in 1988, George Trepal poisoned his neighbours by lacing their Coca-colas with thallium, leading to death of one of them. He had cited Christie’s novel as inspiration.