What is the Sekai Taikai Tournament in Cobra Kai? Is It a Real Karate Tournament? 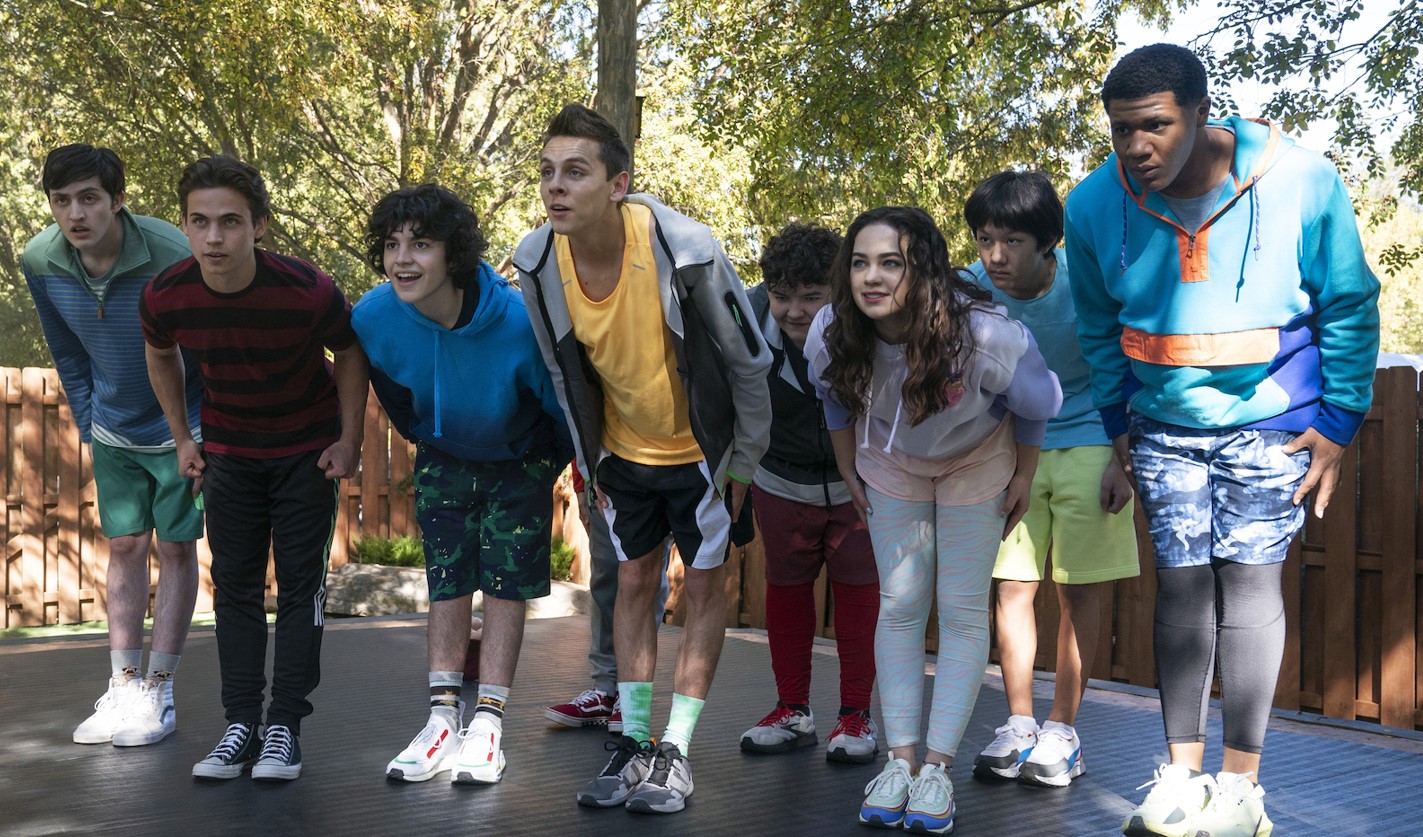 Netflix’s ‘Cobra Kai’ takes place 34 years after the first ‘Karate Kid’ film. Despite the fact that more than three decades have passed, Johnny Lawrence (William Zabka) hasn’t been able to forget his defeat against Daniel LaRusso (Ralph Macchio). When the first season begins, Johnny is unable to hold on to a job and has a non-existent relationship with his son Robby. In contrast, Daniel is a successful car dealership owner with a lovely family. Old rivalries resurface between the two when Johnny reopens the titular dojo. As a show, ‘Cobra Kai’ flips the script from the original film, focusing on Johnny’s perspective. As other characters from the films begin to reappear, Johnny and Daniel realize that they must team up to protect their students.

Karate tournaments have always played an important role in the narrative within the ‘Karate Kid’ universe. In season 5, the audience is introduced to the concept of a brand new tournament, the Sekai Taikai. Here is everything you need to know about it. SPOILERS AHEAD.

What Is the Sekai Taikai Tournament?

Sekai Taikai is an international karate tournament, little known in the US but highly prestigious. When John Kreese and Terry Silver were younger, the latter wanted Cobra Kai to participate in the Sekai Taikai, but Kreese wasn’t interested, so Silver dropped the matter. At present, having gained full control of Cobra Kai, Silver wants to ensure that his sprawling dojo chain competes in the aforementioned tournament.

Daniel and Johnny learn about Sekai Taikai from Kreese and begin to train their students for it with Chozen’s help. When the tournament organizers come to inspect Cobra Kai, Daniel and Johnny ask them to consider their dojos, Miyagi-Do and Eagle Fang, as well. Meanwhile, having realized that local instructors are incompetent, Silver reaches out to Kim Da-Eun, the daughter of his and Kreese’s Tang Soo Do master, for help. And she arrives in Los Angeles from Korea with her own team of instructors.

The Sekai Taikai organizers inspect the training regime of all three dojos individually, and then they watch a male and a female champion representing Cobra Kai fighting a male and a female champion representing both Miyagi-Do and Eagle Fang. Much to the surprise of many, Kenny wins against Hawk in the first round, while Sam defeats Devon in the second. All three dojos are ultimately qualified for the Sekai Taikai.

Is the Sekai Taikai a Real Tournament?

In Japanese, the phrase “Sekai Taikai” means world tournament. No, it is not a real karate tournament but was conceptualized exclusively for the show. In the overall narrative of ‘Cobra Kai,’ season 5 plays the same role as the third season. In season 3, the characters are set up for the 51st All-Valley Tournament, which is depicted in the fourth season. Similarly, the Sekai Taikai will likely be depicted in the sixth season.

By the end of the fifth season, the narrative has been perfectly arranged in this regard. Silver has been disgraced and sent to jail, while Kreese has escaped from prison. At some point in season 6, Kreese will likely assume control over Cobra Kai once more and prepare whatever students he has for the Sekai Taikai. Meanwhile, Daniel and his students will compete for the enormous legacy they represent, and Johnny and his students will seek to assert their awesomeness.

Read More: Who Will Win the Sekai Taikai Tournament in Cobra Kai? Theories