What is Todd Hoffman’s Net Worth?

Todd Hoffman is honestly someone that can only be described as free-spirited, with an adventurous streak running through his veins — the fact he’s an entrepreneur-investor just adds to his charm. We actually see this much in Netflix’s ‘Pepsi, Where’s My Jet,’ especially as he candidly shares his side of how/why he financed close friend John Leonard’s efforts to earn a jet in sweepstakes. So now, if you wish to learn more about him — with a specific focus on his career trajectory, his earnings, as well as his overall current net worth — we’ve got all the necessary details for you.

How Did Todd Hoffman Earn His Money?

From what we can tell, Todd was born around the mid-1950s as one of three siblings to Burton Hoffman and Phyllis Wiesen Hoffman, only for them to quickly realize he wasn’t like his brothers. “He was a very active baby in the crib,” his mother revealed in the Netflix original. “He started shaking the slats…and he broke out; that was a picture of what was to come. He was going to bust out, and he did.” In fact, by the time he was 16, Todd knew he wanted to travel the globe, experience different cultures, as well as take up new opportunities, which is precisely what he did. 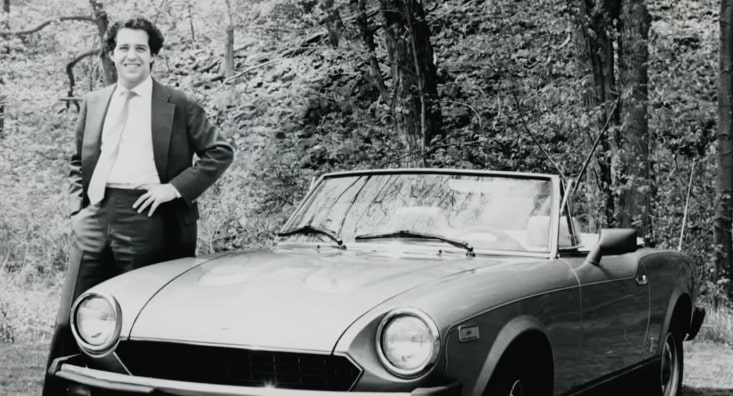 Todd thus fell in love with mountain climbing during the early years of his journey because the altitude rush made it feel like he belonged, and it soon ended up being a massive part of his life. However, he had to sustain this lifestyle somehow since he didn’t plan on ever giving up — even when he got sick (diagnosed with a brain tumor in 1992) — meaning he had to work hard, and he did. Not only did the adventure enthusiast make a complete recovery following surgery, but he also thrived in almost every travel, business, or investing endeavor he undertook, no matter at what age.

The truth is, it wasn’t an exaggeration in the production when Todd indicated he “grew up in the automobile business” as it was seemingly the family trade, started by his grandfather in 1921. Hoffman Motors was the original name of the establishment, just for it to ostensibly soon be rebranded to Hoffman Oldsmobile before it all eventually expanded into what became Hoffman Enterprises. There were several Oldsmobile franchises as well as dealerships for Hoffman Ford, Honda, and Toyota over the years, the growth of which Todd likely witnessed (or was maybe even a part of).

After his stint in the car business, though, Todd admittedly completely shifted gears to step foot into the world of publishing, following which he further expanded his wings. He has hence since dabbled in restaurants, real estate, and venture capitalism as a primary investor, and in his own words, has done really well in every one of these fields.

Todd has never once indicated his earnings or assets throughout the nearly five decades he has been actively working, but his experiences do make it clear he is a comfortable millionaire. Therefore, according to our estimates, considering the average income of the titles he has held, his lifestyle, and his possible ventures, Todd’s net worth is close to $10 million.

Read More: What Does John Leonard Do? Who is His Wife?