What is Troy Landry’s Net Worth? 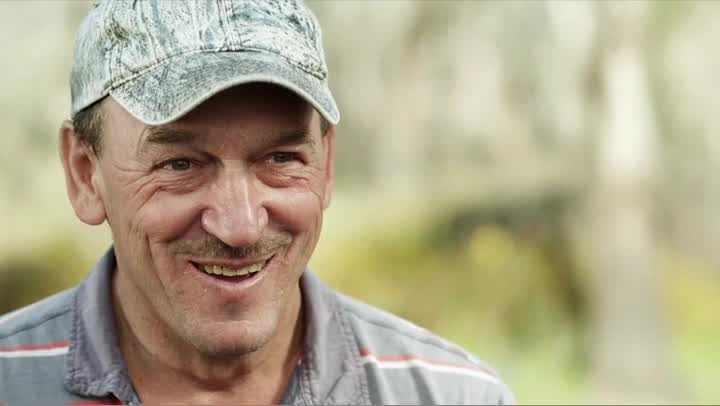 Troy Landry is one of the prominent alligator hunters on History’s ‘Swamp People.’ He has earned the nickname “King of the Swamp” owing to his skills and expertise in gator hunting in the swamps of Louisiana. He has been a regular presence on the show since it aired its first season in 2010. This has helped him gain a worldwide fan-base.

Troy Landry was born in June 1961 to parents Duffy and Myrtle Landry and grew up in the Atchafalaya Basin region of Louisiana’s Pierre Parte. He is not the only child of his parents. He and his brother, Bubba Landry, grew up with a family of crocodile hunters, shrimpers, trappers, lumberjacks, and moss peddlers. Troy has garnered experience in gator hunting since a very young age, which drove him to continue with the family business. In fact, he is the fifth generation in his family to make a career in gator hunting.

Troy has been married to his current wife, Bernita Landry, since 1981. He and his wife live in their dream house, which is made completely out of cypress. They lived in a trailer for years and saved up finances to afford their present luxurious home. The couple has three sons, Jacob, Chase, and Bernita’s son, Brandon, from a previous relationship. Jacob and Chase often appear on the show along with their father. Troy’s nephew, Holden Landry, also appears on the show as Chase’s deckhand. Having been featured on several episodes of ‘Swamp People,’ Troy Landry has managed to amass quite some wealth. Curious to know how? We might have the answers.

How Did Troy Landry Make His Money?

The show pretty much sums up Troy’s primary source of income: gator hunting. However, gator hunting is only seasonal. Alligator hunting season in the swamps of the Atchafalaya River basin generally lasts only for 30 days. But, the yield from this season is enough to sustain Troy and his family. Moreover, Troy’s vast experience and highly enhanced skills allow him to pursue gator hunting endeavors in both the east and the west zones of the swamp. This helps Troy double his earnings every hunting season compared to other hunters, which for him, lasts 60 days instead of just 30. 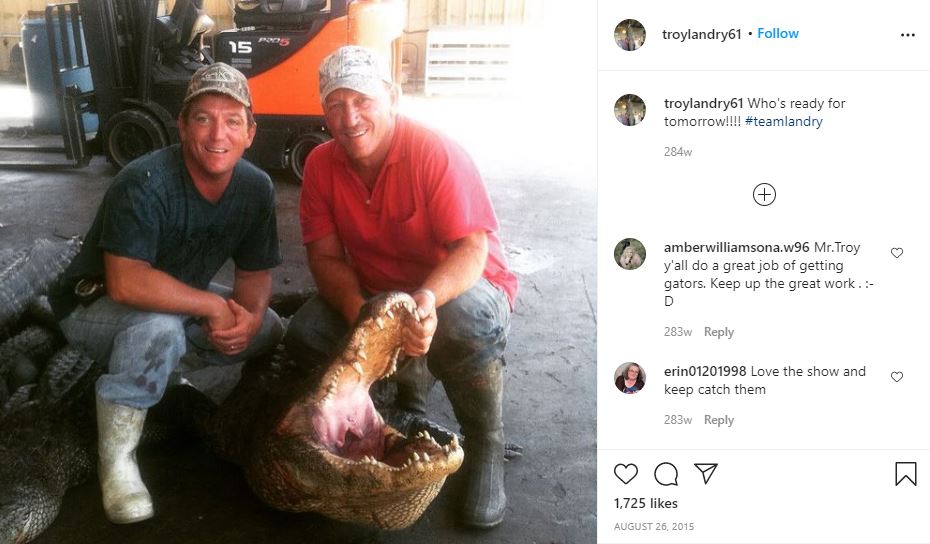 When he is not busy hunting the beasts of the swamp, Troy makes money out of a crawfish business. He told Louisiana Travel that they attempt to catch crawfish starting in late November, right after Thanksgiving. Around this time, they stick to catching farm-raised crawfish around the Lafayette area. In February and early March, they move to the Atchafalaya Basin in the swamp to catch wild crawfish.  “That’s what we do– we’re trying to feed ’em. If not with crawfish, we feed ’em with alligators,” he said.

An official website, Choot ‘Em, is named after the phrase Troy can often be heard saying on the show. The website sells official merchandise, including autographed photos, hats, t-shirts, and more. The family also makes appearances and visits at sporting goods stores such as Gander Mountain or Field & Stream.

What is Troy Landry’s Net Worth?

With a salary of approximately $25,000 per episode of ‘Swamp People’ and his professional endeavors in gator hunting, Troy Landry’s estimated net worth is around $2 million as of February 2021. However, some reports have stated it could be as high as $3.2 million.