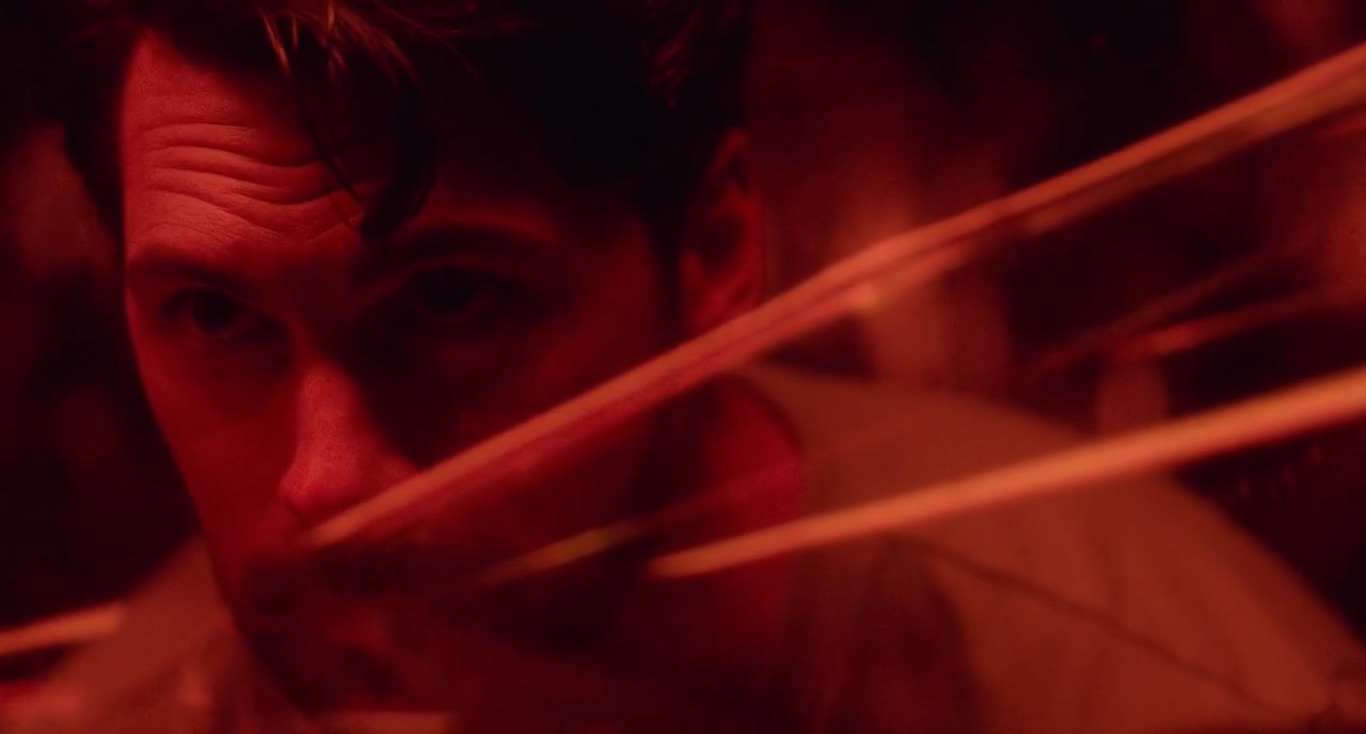 Directed by Braden Duemmler, ‘What Lies Below’ begins with a seemingly banal premise but turns into something more sinister before the audience can assume it. With the recent revival of the Lovecraftian brand of horror, more and more films are trying to depict the alien monster in all its uncanny and ghastly vastness, and some of the titles that take the path include ‘Color Out of Space’ and ‘The Call of Cthulhu.’

The story revolves around socially awkward Liberty, her mother Michelle, and her mother’s nearly perfect, considerably weird, and often topless boyfriend John Smith. However, the problem is in the fact that John Smith is compassionate and considerate, a seemingly daunting lover, a man of science and nature, and a cisgender demigod, a combination which is too good to be true. There is not much in the first half of the film, as the characters seem too awkward and flat at times, and the sketchy premise tries to stand on a thin thread of familial negotiation. However, the second half of the film makes the vapourware-tinted journey almost worth it. The film never seems too overtly believable, but intriguing enough to keep the audience engulfed and some critics have denoted it as a sort of “guilty pleasure.” As the cosmic horrors often do, the ending leaves the audience baffled, and if you are looking for closure, you may place your bet on us. SPOILERS AHEAD.

What Lies Below Plot Synopsis

Liberty, or Libby, or to her doting mother, “baby girl,” returns home from the summer camp. Libby’s mother Michelle is overtly curious about Libby’s sexual life and she is annoyed. Libby is genuinely awkward around her overcompensating mother, but her mother tries to cheer her up by letting her drive the car. Her mother, we are told, is a pulp romance novelist but the stories are selling less than before. She intends to send her daughter to SUNY, but Libby, a girl of aspirations, is unhappy at the decision. As they reach their cabin by the lake, a muscular man emerges from the water. He is the muscular and self-acclaimed “cool” geologist John Smith, Michelle’s fiancée. Libby initially has a love-hate tendency towards her mother’s boyfriend, but soon falls for his charmingly deceptive tonality. 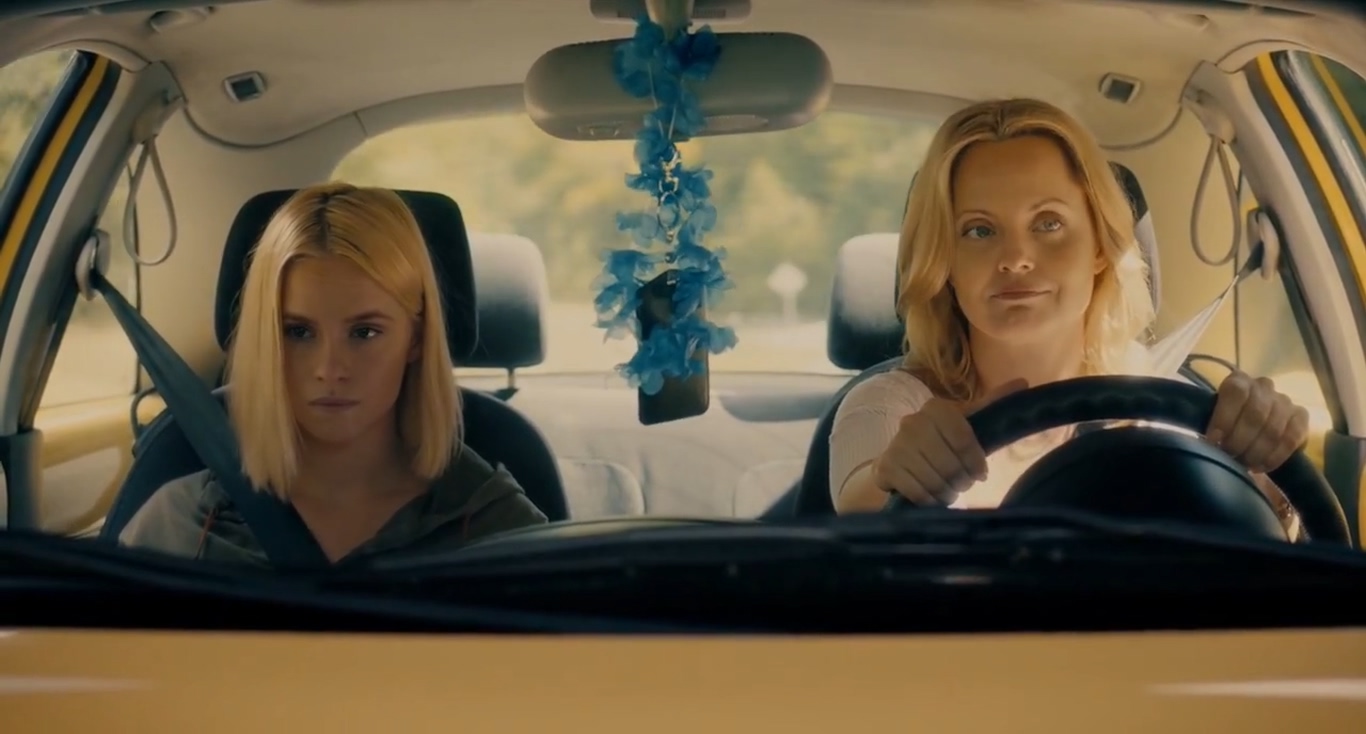 John Smith is overtly friendly and understanding, as he gives Libby “the house.” John keeps giving Libby odd signals, sometimes getting too comfortable in the process. As both of them are people of science and rationality, they start to form a bond of intellect and mutual awkwardness. But Libby soon finds out that the intentions of John Smith may not be as worldly as he claims them to be. In the meantime, Michelle is probably pregnant, and in the absence of John, Libby goes to the town to buy medicines and catches John with another woman. Could it be that John is a parasite in search of a host, like the lampreys that he is so obsessed about? Libby’s life is going to turn on its head as the intelligent and beguiling monster creeps its way into her family.

What Lies Below Ending: What is John Smith?

Libby assumes that something suspicious is going on with John Smith. Maybe he is a pervert since he touches Libby when she has her menstrual in the boat. Afterward, he also licks the blood on his fingers. He also spies on Libby while she is in the bathroom, but leaves before Libby finds out anything. When she goes to the medicine shop in the township, she finds a metrosexual John Smith with another woman. As he touches the woman’s back, he looks back at Libby with a teasing glance. With her mother pregnant, it is only natural for Liberty to freak out. After finding out that the signals are artificially blocked from the house, she sends an SOS signal to her BFF Miley via text. Miley arrives and goes to confront Michelle about the predatory instincts of John, but oddly, the next scene sees Libby waking up from sleep. Miley, we are told by Libby’s mother, has left a while ago. 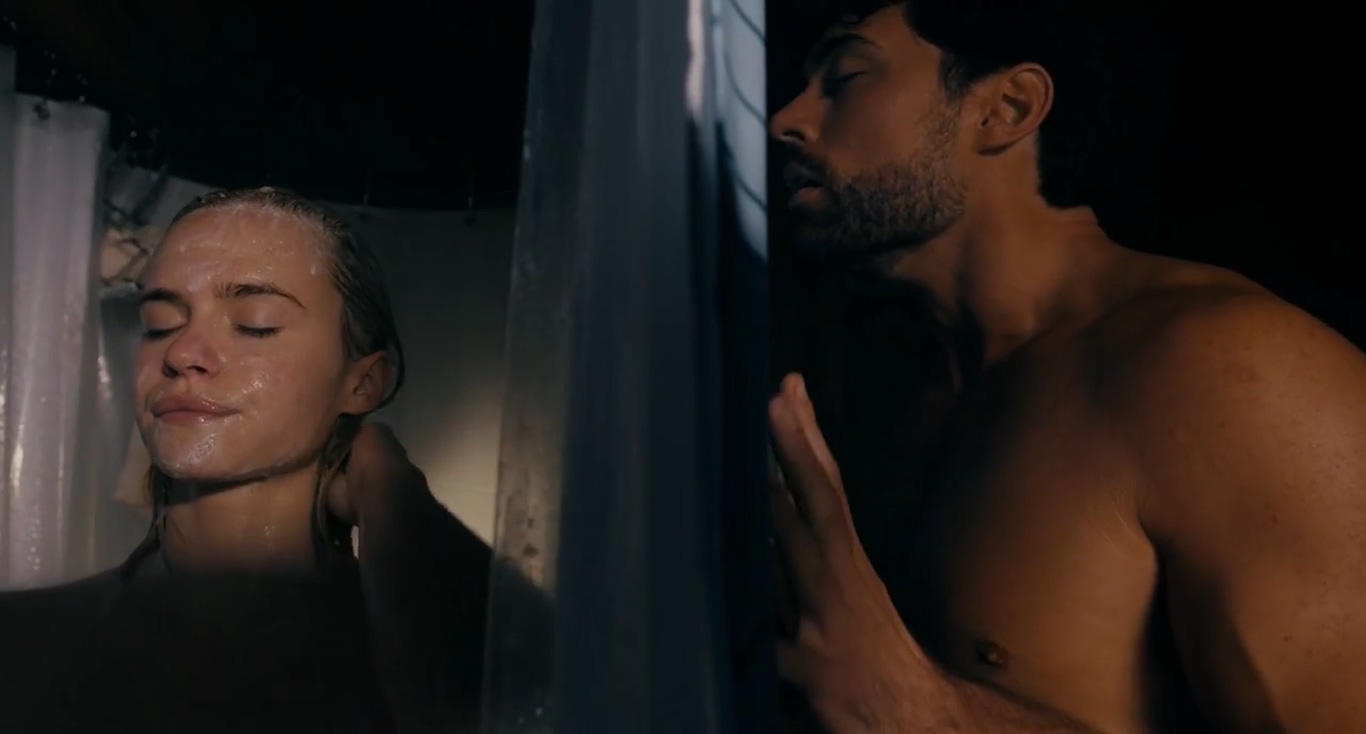 But genuinely scared, Liberty decides to disclose Michelle’s real age, which is 42, to her young love. Michelle previously told John that she is 35, and John, seemingly furious, leaves the house. However, later at night, Libby finds her mother and John united in passionate fornication, and scales seem to grow on John’s body. As the story paces towards its end, Libby gets to know that he is an agent of the uncanny, the monster that lies beneath the façade of perfection, a “fearful symmetry.” As light and colors give way to dimensions of the mind, the actual monstrous form of John Smith reveals itself.

Is Libby Dead? Are There Multiple John Smiths?

It seems that the John Smith that Libby encountered at the city street is different from the John Smith of the cabin, but they can very well be the same people. John has told Michelle that he is going out for a jogging routine, and that places John in a bad spot even as a human being. But as the story moves towards its inevitable end, a twist gives way to a more sinister turn in the story. We find out that John is an actual and not a metaphorical monster who has descended from another world.

In the final moments, Libby tries to escape with her mother from the blasted house where John Smith has held them captive, and Libby wakes up tied to a chair in another room with multiple Johns tearing down the partitions. As the John of the cabin vomits a radiant dollop of otherworldly energy and feeds it to Libby, she wakes up in a chamber filled with a liquid. As she gives a sly and demonic smile, the last scene sees her slowly turning into a monster herself. The suggestion is that all the John Smiths are part of an otherworldly covenant who have come to earth to extend their genes through mutating women into aquatic monsters. 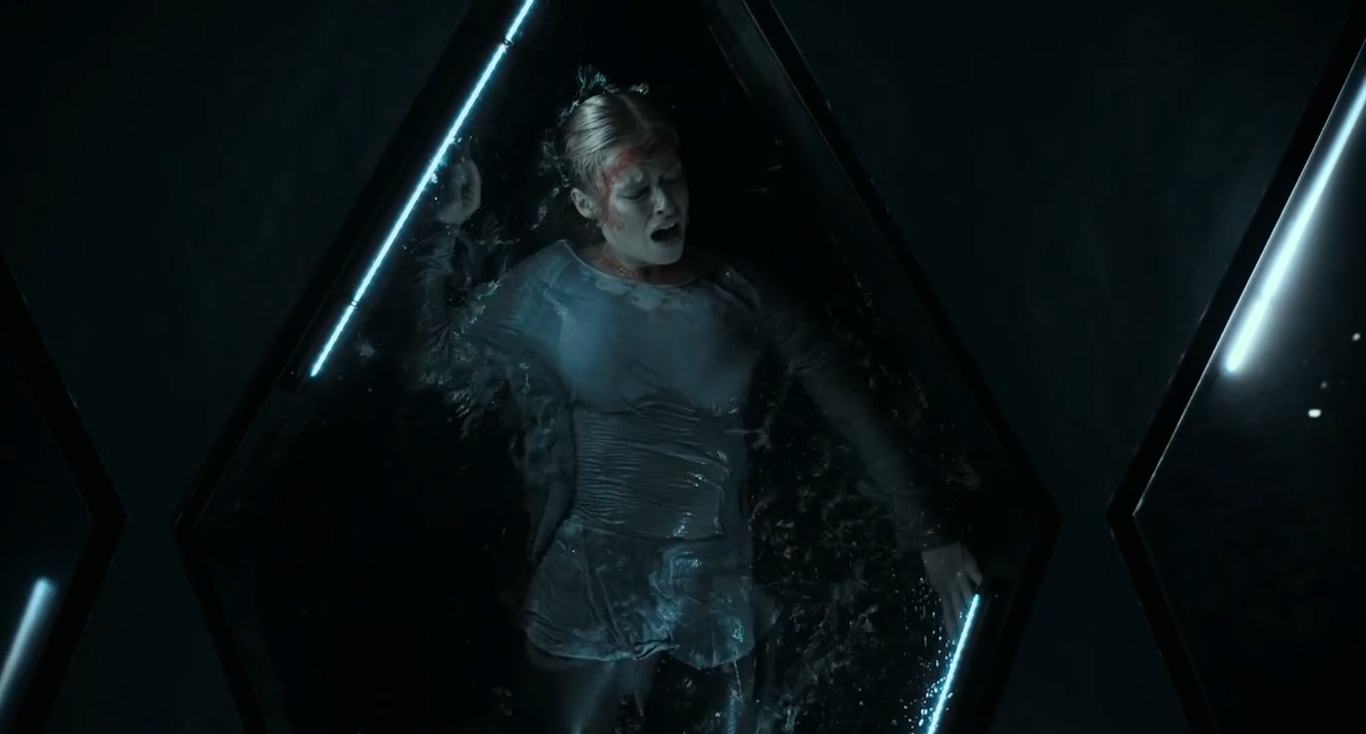 What Happens to Libby’s Mother?

John Smith says that he is a geologist studying aquatic creatures who are not adept at global warming, and Libby’s mother jumps in to say that he is saving the planet. In the basement, where John Smith has set up his laboratory, Libby comes to know of the creatures called lampreys. John tells her that they are 390 million years old and can live in both saline and freshwater. Libby’s mother is pregnant with John’s monstrous baby, who has seemingly come to the earth to mutate human females and copulate with them. When Libby tries to get her mother out of the tub, John says she is submerged in the substance for her own safety. When Libby takes her mother out of the tub and into the front yard, scars seem to form on her face, and the audience gets an impression that she is going to be dead. As the shadow of John approaches the duo from behind, it seems that Liberty’s mother bites the dust.