What Was Gwen Shamblin Lara’s Net Worth at the Time of Her Death?

In 1986, Gwen Shamblin founded Weigh Down Workshop, a Christian-based weight loss program that essentially asks its members to substitute God for food. The workshop soon took off, leading to several churches offering the program all over the country and even overseas. Eventually, Gwen founded a church, the Remnant Fellowship Church in Tennessee, in 1999. However, over the years, the Church and Gwen herself have been mired in controversies regarding their approach.

Directed by Emmy-winning filmmaker Marina Zenovich, HBO’s docuseries ‘The Way Down: God, Greed and the Cult of Gwen Shamblin’ explores the Church’s practices. Gwen amassed a considerable fortune through her workshops, books, and other products, before passing away in a plane crash in May 2021. So, let’s find out what her net worth was then, shall we?

How Did Gwen Shamblin Lara Make Earn Her Money?

Gwen Shamblin Lara was raised in a religious family. After graduating with a degree in dietetics from the University of Tennessee, Gwen pursued her master’s in food and nutrition at Memphis State University in Tennessee. It was during her work there that she came up with the idea for the Weigh Down Diet. At the time, she was convinced that genetics, metabolism, and other behavioral cues were not the only reasons some people were overweight while others were skinny. 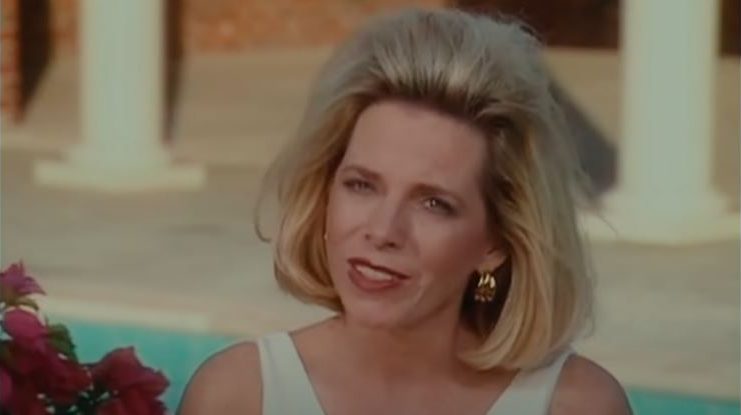 Gwen Shamblin Lara’s diet plan emphasized prayer, faith, and the Bible scriptures. She believed that people wouldn’t be fat if they only ate when hungry and stopped when they were full, as God intended. Gwen once stated, “Dieting is putting a Band-Aid on a much deeper problem. … If you get a bird out of the water and throw it back into the air, it will breathe again. That’s what we do — we put people back into the medium that was intended for them to live in, and that is this relationship with God.”

The Weigh Down Diet does not place importance on calorie-counting or portion control. It doesn’t include any specific diet or exercise. The dietician from Tennessee stated, “People are sick of the battle; they feel hopeless. If you focus your attention on God and prayer instead of the magnetic pull of the refrigerator, it’s amazing how free you’ll be.” Through the late 1990s and the early 2000s, the Weigh Down Workshops were part of thousands of Churches across the country, boasting many members who claimed to have seen results.

Gwen wrote ‘The Weigh Down Diet’ in 1997 and several other books over the next few years. She then founded the Remnant Fellowship Church in 1999. However, the Church and Gwen have been in the news over the years for various controversies. She once claimed that genetics did not affect how weight loss worked in humans by talking of Jewish people starving in Nazi concentration camps. In an interview, she said, “How in the Holocaust did you have all these people getting down real skinny? They ate less food.”

There were questions regarding the for-profit nature of her Church and business and how she could afford to live extravagantly. Employees filed lawsuits alleging that Gwen asked them to believe in what she believed. In 2003, two church members were convicted of killing their 8-year-old son by beating him to death. Gwen supported them, and the Church, in their teachings, encouraged corporal punishment. Gwen died in a plane crash in Smyrna, Tennessee, along with her husband and several other Church leaders, on May 29, 2021. She was 66 years old at the time.

Considering Gwen’s successful writing career, the popularity of the workshop, the Church, and her television appearances over the years, Gwen Shamblin Lara’s estimated net worth was around $1 million to $5 million at the time of her death.