When and Where Does The Wonder Take Place? 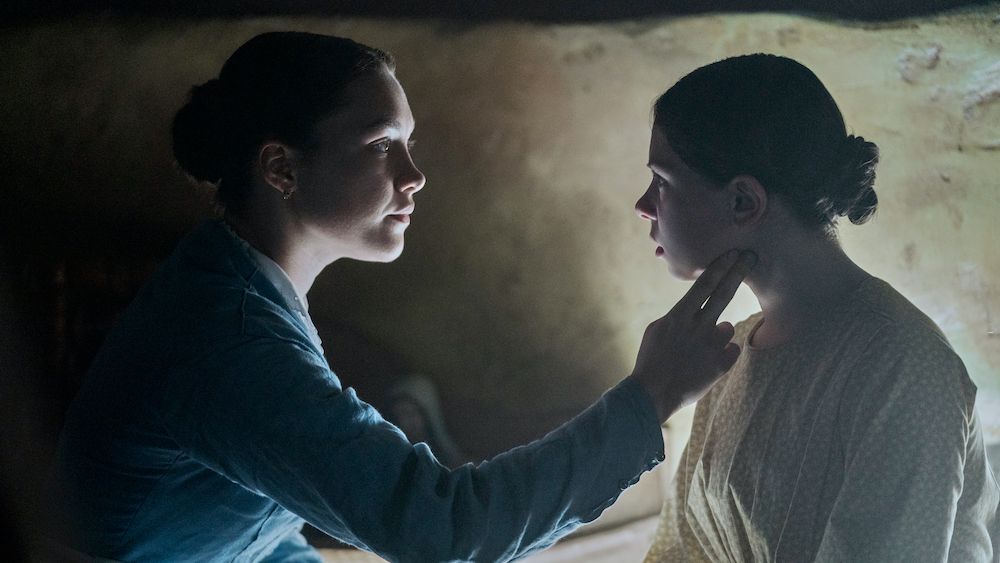 Netflix’s ‘The Wonder’ follows the story of a nurse who is tasked with finding out the truth behind a seemingly mystical event. Lib Wright has to watch over 11-year-old Anna O’Donnell for a fortnight, during which she has to make sure that Anna is not being secretly fed by someone to keep up the ruse of the girl’s ability to survive without food. With each day, Lib discovers new things about Anna and her family, and it looks like the case of her fasting has roots in her upbringing and the things that happened in her past.

As Lib tries to convince the O’Donnells and the self-appointed committee that hired Lib in the first place to force-feed Anna and save her life, she finds herself at unexpected odds with them. Her status as an outsider also works against her. The era and the place where Anna’s story unfolds are integral to how things turn for the young girl. Here’s all you need to know about the background of the story and where and when it takes place. SPOILERS AHEAD

When Does The Wonder Take Place?

‘The Wonder’ takes place in 1862, thirteen years after the Great Famine. It took a long time for people to recover from the effects of the famine, and this plays into the story through Anna’s arc. Because she was born during the famine, we see that her eating habits were influenced by it. When Lib inquires about her eating habits, Anna’s mother reveals that she had always eaten sparsely. This gives the audience a sense of why it must have been easier for Anna to let go of food completely.

For Emma Donoghue, the author of the book on which the film is based, it was important to set the story in the right era. The aftermath of the famine feeds into the cultural background. The latter half of the nineteenth century also offers more scope for the tug-of-war between religion and science where both want their version of events to gain preference. Anna becomes a specimen for the doctor to come up with some new theory about the human body, while the religious ones hail her as a saint, “a wonder”.

“It’s a perfect moment for staging the battle between an agnostic and a mystic that animates The Wonder. The details of the novel may be about Catholicism, but what I urgently wanted to explore was fundamentalism and extremism more generally,” said the author. Calling it a “hinge point”, Donoghue also noted that a decade after her story is set, the term anorexia was coined, and the case of the fasting girls was seen under a new light.

Where Does The Wonder Take Place?

‘The Wonder’ takes place in a small village in the Irish Midlands. Instead of pinpointing the location, the film adds a broader horizon to the story, showing that it could (and it did) take place anywhere. In her research, Donoghue came across the stories of fasting girls across Western Europe as well as North America. When it came to penning a story about them, she decide to set her novel in Ireland, because “ever since the Great Famine of the 1840s, we’ve [the Irish] defined ourselves as a people intimate with hunger.”

In an interview with NPR, she also expanded on the “appalling idea of” the contrast between the involuntary starving during the famine and the voluntary starving in Anna’s story. This is tied in with the girl’s faith, Irish Catholicism, and becomes one of the reasons why she and her family drive her toward death. For Lib Wright, it becomes difficult to understand their thought process because she is an outsider, and through her perspective the audience, too, is thrown into a situation they barely know anything about, making it all the more mysterious.

Read More: What is the Meaning of “Manna From Heaven” in The Wonder?