When Will When the Weather is Fine Episode 15 Come Out? 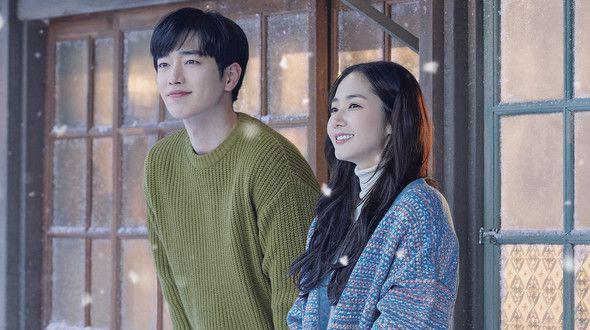 Written by Lee-Do-Woo and Han Ga-Ram and Directed by Han Ji-Seung, ‘When the Weather is Fine’ is a Korean romance drama based on the novel of the same name written by Lee Do-Woo. The series premiered on February 24, 2020, and will come to its conclusion on April 21, 2020.

The series revolves around the romance between an unemployed cello teacher Mok Hae-Won and the “Goodnight Bookstore” owner Eun-Seob. After getting tired of her life in Seoul, Hae-Won comes back home to her small hometown, Bookhyun Village, where she reconnects with her school mate Eun-Seob.

With the first episode revealing Eun-Seob’s long crush on Hae-Won, things get a little awkward before they get better. The two start working together in the bookshop and develop a friendship that eventually turns into a relationship when both their dark pasts come to light. As the show progresses, we find out the whole truth about how Hae-Won’s father died and why the truth behind it was kept a secret. With Bo-Yeoung coming back and trying to sway Eun-Seob away from Hae-Won by playing the damsel in distress, the series has delivered when it comes to the drama.

In the last couple of episodes, Bo-Yeoung and Hae-Won finally started talking honestly about their feelings and Myeong Yeo’s (Hae-Won aunt) medical condition, which she earlier passed on as headaches, is revealed. Myeong Yeo also sends the manuscript of her new book to Eun-Seob, and although she calls it a mix of fiction and non-fiction, it’s too personal and revealing. Will Hae-Won move back to Seoul? Will Myeong Yeo agree to getting treated? Will her book get published? Will Hae-Won and Eun-Seob get their happily ever after? To find out the answers to all this and more, you need to wait for the final episodes of ‘When the Weather is Nice’ to come out. Keep reading to find out when and where you can watch episode 15.

When the Weather is Fine Episode 15 Release Date: When Does it Premiere?

Where to Watch When the Weather is Fine Episode 15 Online?

‘When the Weather is Fine’ episode 15 will be available to stream online on Rakuten Viki after it has premiered in Korea. You can watch the episodes with English subtitles for free on the website, but you would need a premium subscription if you want to watch it in HD.

When the Weather is Fine Episode 15 Spoilers

Episode 15 of ‘When the Weather is Fine’ is expected to deliver yet another dramatic and cute episode filled with Hae-Won and Eun-Seob’s romance as they deal with all the hardships that they are facing. The episode would lead us one step closer to the season finale the next day and to finding out if everything would end well for the characters or not.

Read More: Will There be a Hyena Season 2