Where and When Does The English Take Place? 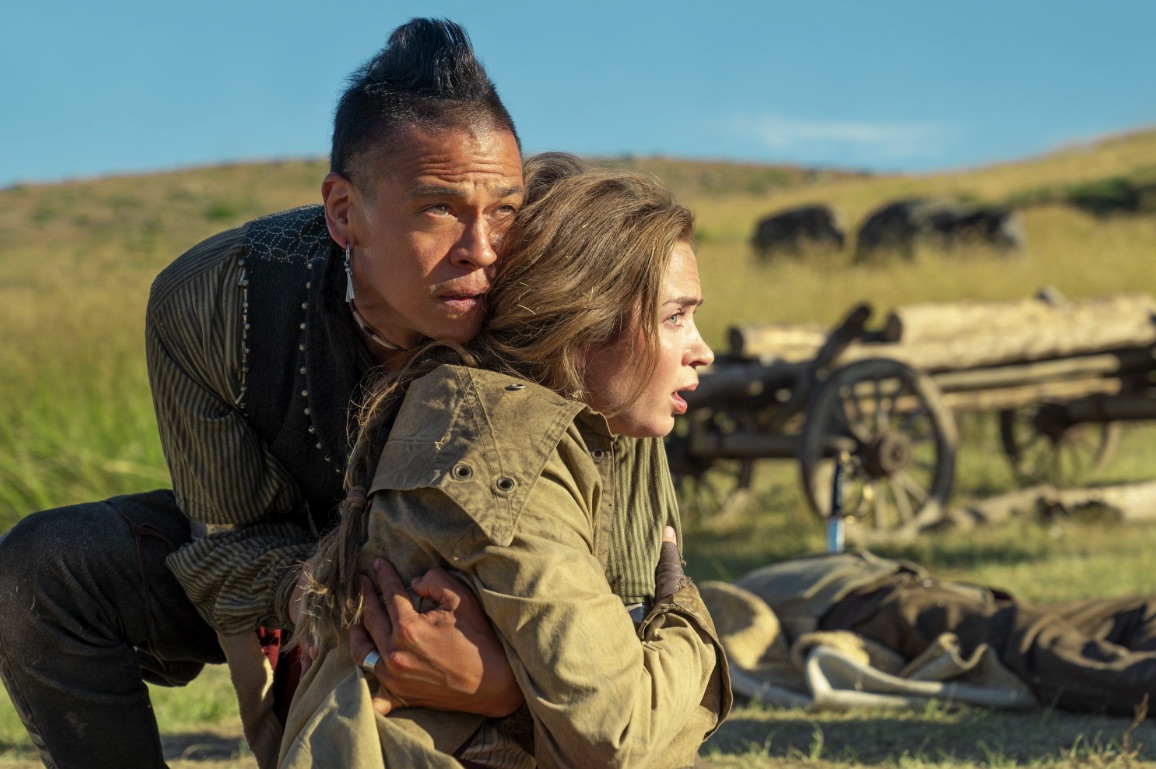 Prime Video’s ‘The English’ is a Western drama that follows the story of Cornelia and Eli. While it begins with the meeting between the protagonists, which changes the course of their lives, the show also resorts to several flashbacks to give us a peek into their backgrounds and the events that eventually led them to tread the dangerous path they’re on now. Over the course of six episodes, the story goes back and forth, often covering the span of more than a decade. Here we’ve laid down the timeline and the setting of the show in a manner that makes it easier to understand the chronology of the events. SPOILERS AHEAD

When Does The English Take Place?

The plot of ‘The English’ primarily revolves around Cornelia’s quest to find and kill the man responsible for the death of her son. The show picks up her journey in the year 1890. This is when she arrives in America to avenge her son, but ends up meeting a few setbacks in her plan, which eventually leads to her unlikely friendship with Eli. Over the next month, they undertake the journey that ends at Caine County, which is where the final showdown with Melmont takes place.

While all the action and bloodbath happens when Cornelia comes to America, the seeds of her tragic story had been sown fifteen years prior, in and around 1875. This is when she is still home in England. Her fiancé Thomas Trafford has only recently moved to America in the hopes of starting a new venture. It is through him that David Melmont finds his way to Cornelia and impregnates her, while also giving her syphilis that eventually claims her life as well as that of her son.

Once Cornelia exacts her revenge on Melmont and the purpose of her visit is served, she says goodbye to Eli. We see her thirteen years later, in 1903 when her body has been consumed by the disease. All these years later, she reunites with White Moon, and this is where the show ends.

Where Does The English Take Place?

Set in the dusk years of the nineteenth century, ‘The English’ takes the audience from Cornelia’s familiar surroundings in London to the unforgiving and alien terrain of America. The story begins in Oklahoma, where we meet Eli, who stops the soldiers from killing innocent Native Americans. One week later, Cornelia arrives in High Plains, Kansas, which is where she is betrayed and almost killed. After Eli saves her, Cornelia reveals that her destination is Hoxem, a (fictional) town in Caine County, Wyoming. She doesn’t reveal who she is going there for, but it’s clear that this person is responsible for ruining her life and she is out for revenge. Eli decides to help her get there, but their journey meets with a few detours.

While the duo figures out who they are when put in impossible situations, the show gives us a glimpse of who they used to be in a flashback that takes us back to 1875. Here, we meet a younger Cornelia in London, England. Melmont shows up at her place asking for money, and this interaction ends with Melmont raping her and leaving with her money. Nine months later, she gives birth to her son, who dies fourteen years later. This is when Cornelia leaves for America and doesn’t come back home until she has exacted her revenge.

The flashback also gives us a glimpse into the story of Eli as well as Trafford and Melmont. The connection between them turns out to be something that Cornelia later interprets as “written in the stars”. After their paths cross near Chalk River, which becomes the site of the massacre where Melmont shows his true colors, we discover that not far from there, Trafford and the others settle down to lay the foundation of what would later be called Hoxem.