Where is The English Filmed? 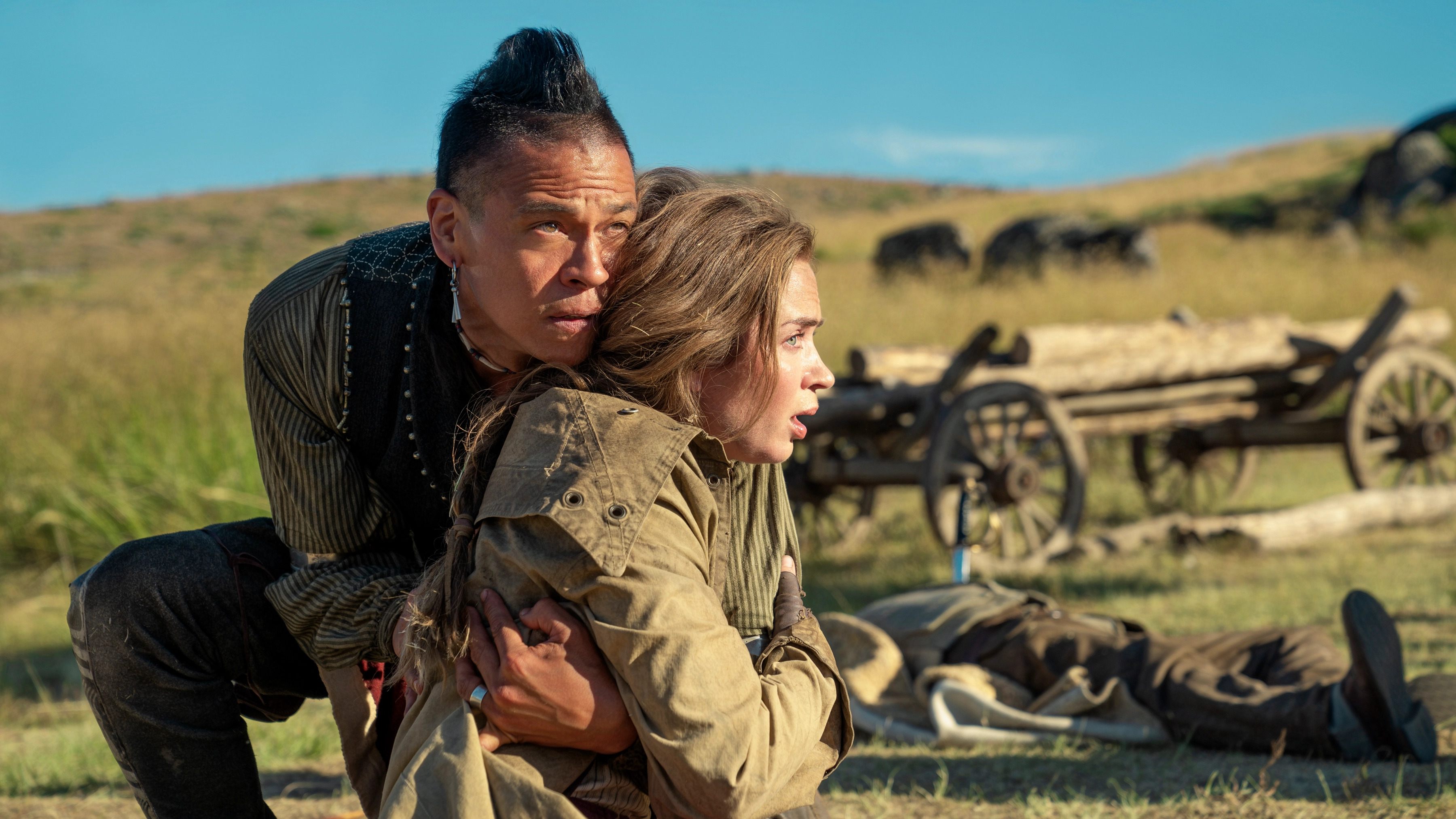 Created by Hugo Blick, Amazon Prime’s ‘The English’ is a Western drama series set in the year 1890 that revolves around Lady Cornelia Locke, an aristocratic Englishwoman who is driven all the way to the West by her hunger for vengeance. She attempts to take matters into her own hands and take revenge on the man she thinks was the main perpetrator behind the tragic death of her son. She crosses paths with an ex-cavalry scout and Pawnee Nation’s member by birth named Eli Whipp, and together they discover that they have a shared history.

Not only that but Cornelia and Eli also join forces and work together against the common enemy as their lives depend on it. The historical narrative with action-packed sequences is complemented by the brilliant performances from a group of talented actors and actresses, including Emily Blunt, Chaske Spencer, Rafe Spall, Tom Hughes, and Valerie Pachner. The mythic mid-American landscape of 1890 and the open fields where most of the action takes place are likely to spark some questions about the actual filming sites in the viewers’ minds. If you are paddling the same boat of curiosity, allow us to fill you in on all the details regarding the same!

‘The English’ is filmed in Spain and Oklahoma, specifically in Madrid, Castilla-La Mancha, Ávila, and Pawnee. As per reports, the principal photography for the inaugural iteration of the Western drama series commenced in May 2021 and wrapped up in September of the same year. Now, let us transport you right to the middle of the Western action, and give you a detailed account of all the specific sites that appear in the Amazon Prime series!

Several important scenes for ‘The English’ are lensed in and around the Community of Madrid, one of the seventeen autonomous communities of Spain. The city of Aranjuez seemingly serves as a key filming site for the series. Situated in the central part of the Iberian Peninsula, Madrid may possess several modern buildings but it has also preserved the look of some of its historic neighborhoods, making it a versatile filming site for different kinds of productions.

During the filming schedule, the cast and crew of ‘The English’ also visit Castilla-La Mancha, an autonomous community of Spain. To be specific, they utilize the locales of Tembleque, a municipality situated in the province of Toledo. Established in 1982, Castilla-La Mancha’s economy is heavily dependent on education, healthcare, public administration, and trading.

Many pivotal sequences for ‘The English’ are reportedly taped in Ávila, a city in the autonomous community of Castile and León. In particular, the production team sets up camp on a beef farm in the city, right outside of Madrid. As per reports, they contemplated shooting the series in New Mexico, Calgary, and even Canada, before going with Spain, mainly due to the Western filming heritage and its reasonable production costs. Thanks to the suitable rock formations, grasses, and horizontal light, Ávila acts as the ideal production location for the Western series.