Where Are Andra and Tatiana Bucci Today? 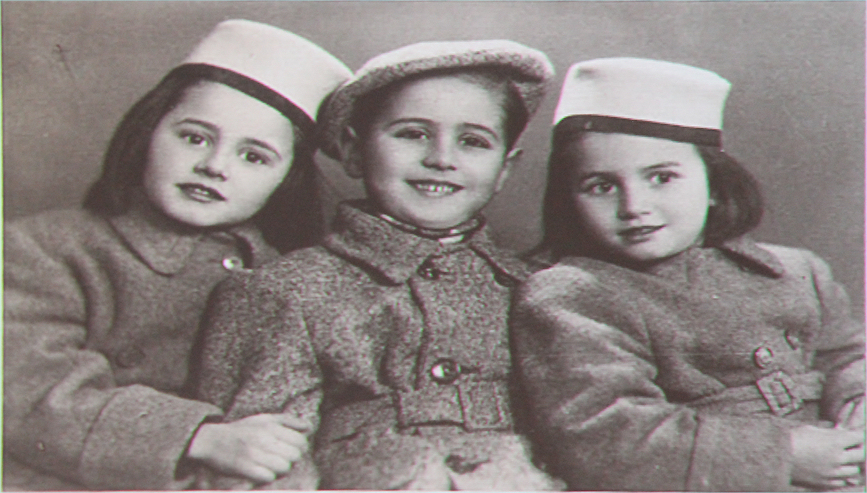 Italian sisters Andra and Tatiana Bucci, are amongst the youngest survivors of Auschwitz. Only a few memories of their time at the concentration camp have stuck with them. They recall the last time they saw their mother at the camp and they also very well remember the first time a cattle car took them away from home. They even have faint memories of piles of corpses that rested in the camp and recount playing with pebbles instead of toys.

Somehow, amid these atrocities, the two sisters who were presumed to be twins still managed to be among the 50 surviving children out of 232,000 that were held captive at the infamous Auschwitz II-Birkenau camp. The poignant stories of Andra and Tatiana Bucci are revisited in the documentary ‘#AnneFrank. Parallel Stories’, which also draws on the testimony of a few other survivors of the Holocaust.

Who Are Andra and Tatiana Bucci?

When they were only six and four years old, Andra and Tatiana Bucci were arrested by the Nazis along with their mother, aunt, grandmother, and cousin. They were forcefully taken away from northern Italian home and passed as twins at the Auschwitz Judenrampe. After getting their respective camp numbers tattooed, the girls were separated from their mother, but they still got to see her time and again. Throughout their journey at the camp, several fortunate events paved the for their survival. One of these was their mother’s instruction to wish each other goodnight by calling out names. The girls relentlessly followed this and in turn, it helped them find their parents after the war.

Another key figure who save their life at the camp was a woman who was assigned the task of overlooking the children’s barracks. One day, the same woman told the children that a man would come to visit them and ask them to step forward if they wanted to be reunited with their mothers. She instructed them to stand their ground and not volunteer when he asks them to. Andra and Tatiana Bucci chose to follow her advice and did not move an inch when the man came there and made the same announcement. Unfortunately, their cousin Sergio stepped forward and was taken away with 19 other children. These children were later simply used as guinea pigs for gruesome tuberculosis experiments. Even after the liberation, since they had completely lost contact with their mother, the girls assumed that she was dead. In the meantime, their mother, who had also survived, tried her best to look out for them. Ultimately, in December 1946, Andra and Tatiana Bucci reunited with their parents.

Where Are Andra and Tatiana Bucci Now?

For a long time, the sisters and their mother respected each other’s silence in context with their experiences at Auschwitz-Birkenau. But the girls did eventually start talking about it and surprisingly, since the year 1995, they have even visited Auschwitz-Birkenau several times with numerous student groups. They now use the burden of their memories to talk to several people all over Italy and testify for the fact that even during one’s darkest moments, some optimism and goodness can be found.

Today, apart from being one of the most influential witnesses of the genocide of Jews, Andra and Tatiana are also known for their literary memoir titled ‘Noi, bambine ad Auschwitz’ (We, little girls in Auschwitz), which was published in 2018. In the same year, an animated film titled ‘La Stella di Andra e Tati’ was dedicated to Bucci sisters. Just recently, on 24 January 2020, Andra and Tatiana also received an honorary master’s degree in Diplomacy and International Cooperation from the University of Trieste.

The Bucci sisters also attended the Neuengamme concentration camp memorial day in Hamburg in October 2019, which was the camp where their cousin Sergio was taken for medical experiments.