Where Are Antoni Robinson’s Killer Ashleigh and Holly Robinson Now? 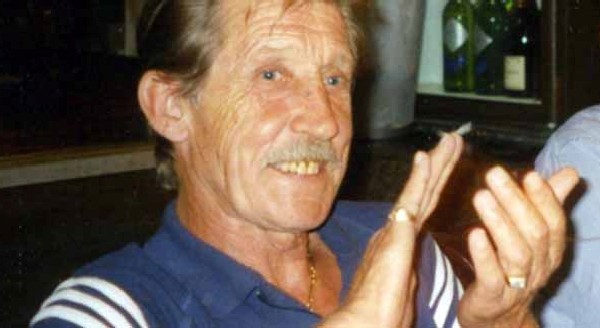 Investigation Discovery’s ‘Deadly Women: Sugar and Spite’ chronicles the murder of retired antique dealer, Antoni Robinson, in Colwyn Bay, North Wales, in July 2010. He was murdered by his two daughters, Ashleigh and Holly Robinson, for inheritance. The daughters were aided by their mother and their boyfriends, leading to all of them getting booked under joint-enterprise murder laws. So who are Ashleigh and Holly Robinson exactly? Let’s find out, shall we?

Who are Ashleigh and Holly Robinson?

Ashleigh Robinson, 19, and her sister Holly Robinson, 16, were the children of Antoni Robinson and Joanne Barr in Colwyn Bay, North Wales. Antoni was a 61-year-old retired French polisher antique dealer who decided to separate from her partner of 25 years, Joanne. As per the show, the couple never officially married but had always lived together like a family. But in Christmas 2009, Antoni had finalized the separation, and Joanne moved out. While Antoni loved his daughters, Ashleigh and Holly also refused to stay with him.

Leaving the nice-sized, three-roomed bungalow to Antoni, the mother-daughter trio moved out. Joanne and Holly moved into a one-roomed house, while Antoni kept the jewelry and cash. All these bred resentments between the daughters and their father. The show also mentioned an instance where Holly completely ignored her father in the center of the town. Frustrated with his decaying relationship with his daughters, Antoni decided to go on a vacation during the holidays. While Antoni was out of town, Ashleigh, her boyfriend, Gorden Harding, and her baby moved into his apartment.

With Gorden staying with her, Ashleigh thought she had a chance to reclaim her mother’s jewelry and some cash before her father returned. But the couple were soon exasperated as they could not figure out where he kept the cash and jewelry. When Antoni returned to town, he noticed someone had sifted through his belongings. Combined with his private space invaded, he had a major row with his daughter and her boyfriend. On July 6, 2010, Ashleigh and Holly finally decided to kill their father.

The sisters kept in touch through text messages, communicating with each other regarding the activities of their father who had gone out to drink with his friends. He returned home quite drunk, had another tiff with her daughter, and then went to sleep. With Antoni asleep, Ashleigh, Gorden, Holly, and her boyfriend, Sacha Roberts, gathered together and conspired to kill him. In the end, Gorden went inside with a knife and stabbed Antoni 15 times, murdering him in his sleep. When the police arrived later, they found that some of the cuts were so deep that they had penetrated through the body.

Where are Ashleigh and Holly Robinson Today?

After the daughters and their boyfriends had murdered Antoni, Joanne arrived at the scene. One of her daughters had texted her to say their father was dead. As per the show, Joanne understood that the crime had not been carried out flawlessly and wanted to rescue the children. She called the authorities herself and said that Antoni had attacked them with a knife, and Gorden managed to snatch the knife away and retaliate in self-defense. When the police showed up, they found evidence to the contrary.

When they say Gorden suffered from no injuries, the detectives found it hard to believe that someone could disarm a knife without so much as cutting oneself a little. Also, the police found digital footprints – the incriminating texts the sisters and their boyfriends exchanged wherein they discussed killing their father. Under joint-enterprise murder laws, both Ashleigh and Holly were handed life sentences at Mold Crown Court in February 2011 for murdering Antoni.