Where Are Ashlee Birk and Her Kids Now?

In March 2011, a shootout in a pharmacy’s parking lot in Meridian, Idaho, forever changed Ashlee Birk’s life. Her husband, Emmett Corrigan, was the victim of the shooting incident. Investigation Discovery’s ‘Til Death Us Do Part: Three Pops and a Pause’ chronicles how the authorities solved the case after learning about Emmett’s affair with the killer’s wife. Ashlee was also featured on the show. She had five children with Emmett and talked about what she went through around the time of the murder. So, let’s find out where Ashlee and the children might be today then, shall we?

Who Are Ashlee Birk and Her Kids?

Ashlee was one of five siblings growing up, and her parents divorced when she was about 9-years-old. As a child, she was into music and cheerleading. In 2003, Ashlee was a 21-year-old pursuing a degree in human development at Utah State University when she met Emmett. They hit it off soon enough and married in March 2004. Over the next few years, the couple had three girls and two boys. While Emmett pursued a career in law, Ashlee was a stay-at-home mother. 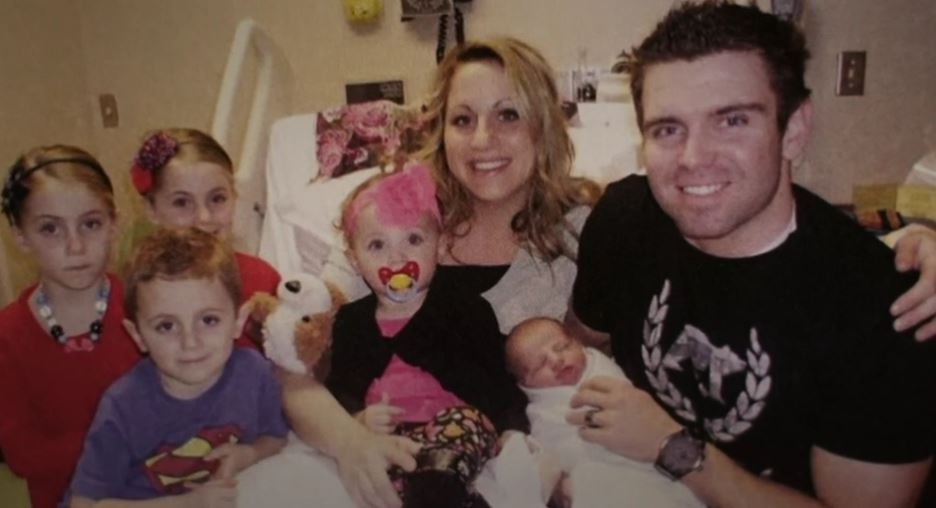 But by the end of 2010, Ashlee felt that Emmett wasn’t the same. He had become distant, and she felt that there was someone else in his life. She said, “I started thinking there’s got to be another woman or something, and the kids were starting to say, ‘Does he live here anymore? He’s always at work.'” Ashlee turned out to be correct because Emmett was having an affair with his paralegal, Kandi Hall.

At the time of the incident, Ashlee only suspected her husband of having an affair. She was determined to make things work with Emmett, and on March 11, 2011, she planned a special night, hoping for them to reconnect. However, Emmett came home late, and when she brought up their marital issues, they argued. Emmett then took off, stating that he was going to the pharmacy to pick up some medicine. He was going there to meet Kandi.

At the parking lot, Emmett was shot to death by Rob Hall, Kandi’s husband. When Ashlee learned of the affair and her husband’s death, she dealt with a whirlwind of emotions. She said, “Just didn’t make sense, and it was really a mix of emotions, wondering like, ‘Why wasn’t I enough? Why wasn’t I enough for a husband who had a moment and a chance — I begged him to stay home and fight for me, but instead, he died fighting for someone else’s wife.”

Where Are Ashlee Birk and Her Kids Now?

After Rob Hall was found guilty of murdering Emmett, Ashlee spoke at his sentencing hearing in 2013. She said the shooting not just ended Emmett’s life; it also ended her family. Ashlee said regarding Rob’s apology, “I appreciated that he looked in my eyes. That is something I’ve needed him to do.” In the years after the murder, Ashlee started a blog called The Moments We Stand, hoping for it to be a healing experience. It turned out to be much more when many others who read the blog echoed similar sentiments.

Ashlee also founded a non-profit organization called A Reason to Stand to provide support for people who have dealt with trauma in their lives. Ashlee has since married Scott Boyson, and they’ve had two daughters of their own. They met about seven years after Emmett’s death. Ashlee now lives with her family in Utah. The children she had with Emmett have all grown up now and seem to be doing well. Apart from this, Ashlee is also a motivational speaker and has written books about her experience.