Bubba Wallace is one of the most promising racecar drivers to have hit the NASCAR circuit in the recent past. What also makes him unique is that he is the only active black athlete racing full time in the Cup Series. Netflix’s ‘Race: Bubba Wallace’ shines a light on his upbringing and how his parents, Desiree and Darrell Sr., were instrumental to Bubba becoming what he is now. So, if you’re curious to find out more about them, here’s what we know!

Who Are Bubba Wallace Jr.’s Parents?

Bubba was born to Desiree, a black woman, and Darrell Sr., a white man, in October 1993. His nickname came from his older half-sister, Brittany Gillispie. Regarding Bubba as a child, Desiree said, “He was always one of those kids who was trying to figure out how things worked. He had one of those kind[s] of minds. He could put stuff together at a very early age.” While he explored a lot of sports as a kid, Bubba was taken by racing when one of his father’s friends introduced it to him. 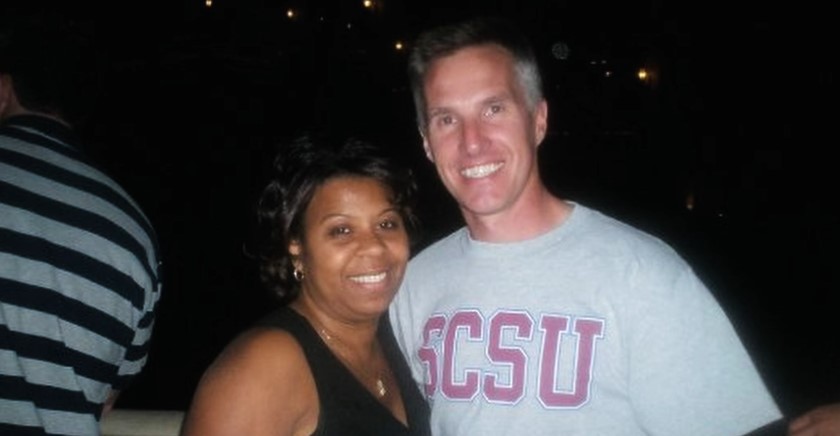 Recognizing Bubba’s potential, Darrell Sr. put in all the money he could into his son’s racing. At the time, Darrell Sr. ran an industrial cleaning company. While he took Bubba around different race tracks, Desiree, a former track athlete, accompanied Brittany to her basketball games. Back then, the family didn’t have a lot of conversation regarding race, and Bubba grew up in a fairly race-neutral household.

However, a couple of incidents where people used a racial slur at Bubba prompted them to have a discussion. Desiree told her son, “Those are ignorant people. You don’t use violence, and you don’t fight them when they say that to you. You get them back by winning. You earn their respect by winning.” But in 2016, Desiree and Darnell Sr. went through an acrimonious separation, eventually ending in divorce. Bubba, who was extremely close to his father, struggled with the changes that affected their relationship.

Being part of a sport that had a predominantly white fan-following, Bubba always preferred to concentrate on his racing rather than make political statements. But that changed with the deaths of Ahmaud Arbery and George Floyd in 2020. Soon after, Bubba spoke out against racial inequality and called for a ban of Confederate flags at NASCAR properties. While Darrell Sr. believed the ensuing attention was good, he was also worried for Bubba. He told his son, “You need to watch your surroundings. Know where you’re at, know who you’re with, know who’s around you. Because there is a lot of crazy people, and this has made a lot of people mad and upset.”

Even Desiree was surprised at Bubba’s decision to speak up. She said, “I was like, ‘My son? Are we talking about the same Bubba?’ Not that he didn’t have an opinion one way or the other, but he really didn’t, as far as I knew, because all he wanted to do was eat, sleep, drink, race. That’s it. That’s all he does.” Today, Desiree remains a big part of Bubba’s life while Darrell Sr. continues to work on his relationship with his son. Desiree lives in Charlotte, North Carolina, and is married to George Lawrence. As for Darrell Sr., he lives in Concord, North Carolina, and is married to Julie Wallace.