Where Are Chuck and Denise Cox Now? 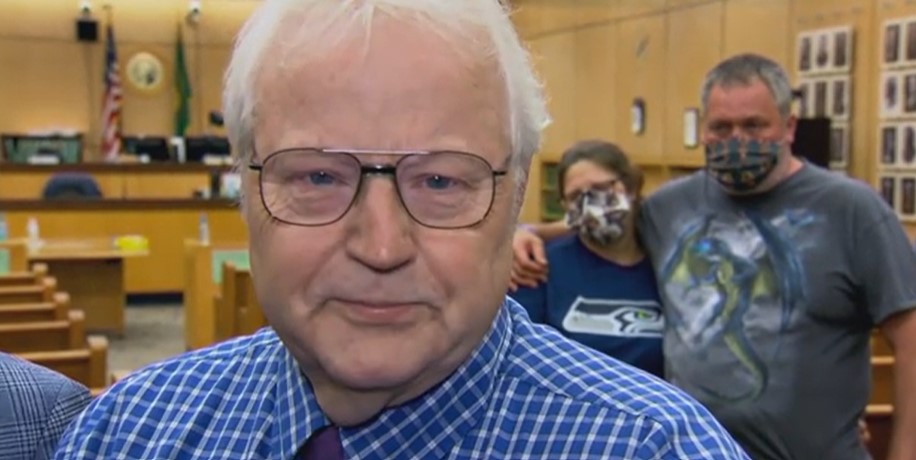 The Cox family was left devastated when one of their family members seemingly vanished into thin air in late 2009. ABC News’ ‘20/20: The Disappearance of Wife and Mother Susan Powell’ focuses on the beloved mother’s case and how her family dealt with the ordeal ever since. Susan’s father, Chuck Cox, has since been the family’s spokesperson while Denise, the sister, held out hope new information would reveal what happened to Susan. So, let’s find out more about the family then, shall we?

Who Are Chuck Cox and Denise Cox?

Chuck is a retired pilot who also worked with the Federal Aviation Administration. He has been married to Judy Cox for more than three decades and has been actively involved in finding out what happened to their daughter, Susan. In 2001, Susan married Joshua Powell, and the couple went on to have two sons, Charlie and Braden. While the relationship was great initially, things began to turn sour. Loved ones stated Joshua was controlling and would often get angry.

Denise Cox-Ernest asked her sister about ending things but said she heard something ominous. According to Denise, “When I told her to leave with the kids, she told me that he had told her, ‘Over my dead body will you have those boys. They’re mine.'” She added, “The boys were a possession to him. They were his possessions.” Events took a turn for the worse when Susan was reported missing in December 2009, with all suspicion seemingly veering toward Joshua.

In a safe deposit box at Susan’s workplace, the authorities found a will that mentioned how her marriage had been going downhill and that Joshua had taken a hefty life insurance policy in her name. Susan added, “If I die, it may not be an accident.” Furthermore, other disturbing details about the couple’s life began to emerge. Joshua’s father, Steven, had previously made alleged inappropriate advances toward Susan, something she told Joshua about.

Denise remembered, “She (Susan) was extremely upset about that and disturbed, but even more disturbed when Josh just said that, you know, that’s his dad.” After Susan’s disappearance, Joshua took the kids to his father’s place in Puyallup, Washington. In that house, the authorities eventually found secret recordings of Susan’s body and videos of Steven smelling her underwear, professing his feelings toward her. There were images of other young girls and women as well.

Steven was arrested for voyeurism and child pornography and was eventually convicted of those charges. But after the arrest, Joshua lost custody of the children, with Chuck and Judy being granted temporary custody. However, in a tragic case of murder-suicide, Joshua killed himself and murdered the two kids during a supervised visit in February 2012. Chuck said, “I don’t know anything else I could have done, and they’re still dead. My daughter’s still missing, and now the children are dead. I had them safe… They were in my care.”

Where Are Chuck and Denise Cox Now?

After Braden and Charlie’s deaths, Chuck and Judy filed a wrongful death suit against the Washington State Department of Social and Health Services, alleging negligence. The case went through considerable delays before a judge awarded $98.5 million, later slashed to $32 million. Chuck said, “I intend to … use the award to try and help other people, [so] that we can save more children.”

In 2018, Steven died after being released from prison. Many, including Denise, believed that he knew what had happened to Susan. So, the news of his death came as a shock. Denise said, “I was just like it was mixed emotion; you don’t know if you’re happy or sad about it. But [it’s] bad because the last legacy of hope of finding what happened to Susan is gone.”

Since then, the family has not given up trying to find Susan. In February 2022, Chuck joined search efforts at a mine shaft in Utah that ended with some bone fragments and torn pants being unearthed. While they still had to be analyzed, Chuck was reasonably certain they were Susan’s. He continues to fight for justice with Judy, and the couple lives in Puyallup today. They also run the Susan Cox Powell Foundation to assist families of missing persons. As for Denise, she has been married to Albert Ernest since 2017 and lives with her family in Graham, Washington.