Where Are Dan O’Neil and Ruby Now? 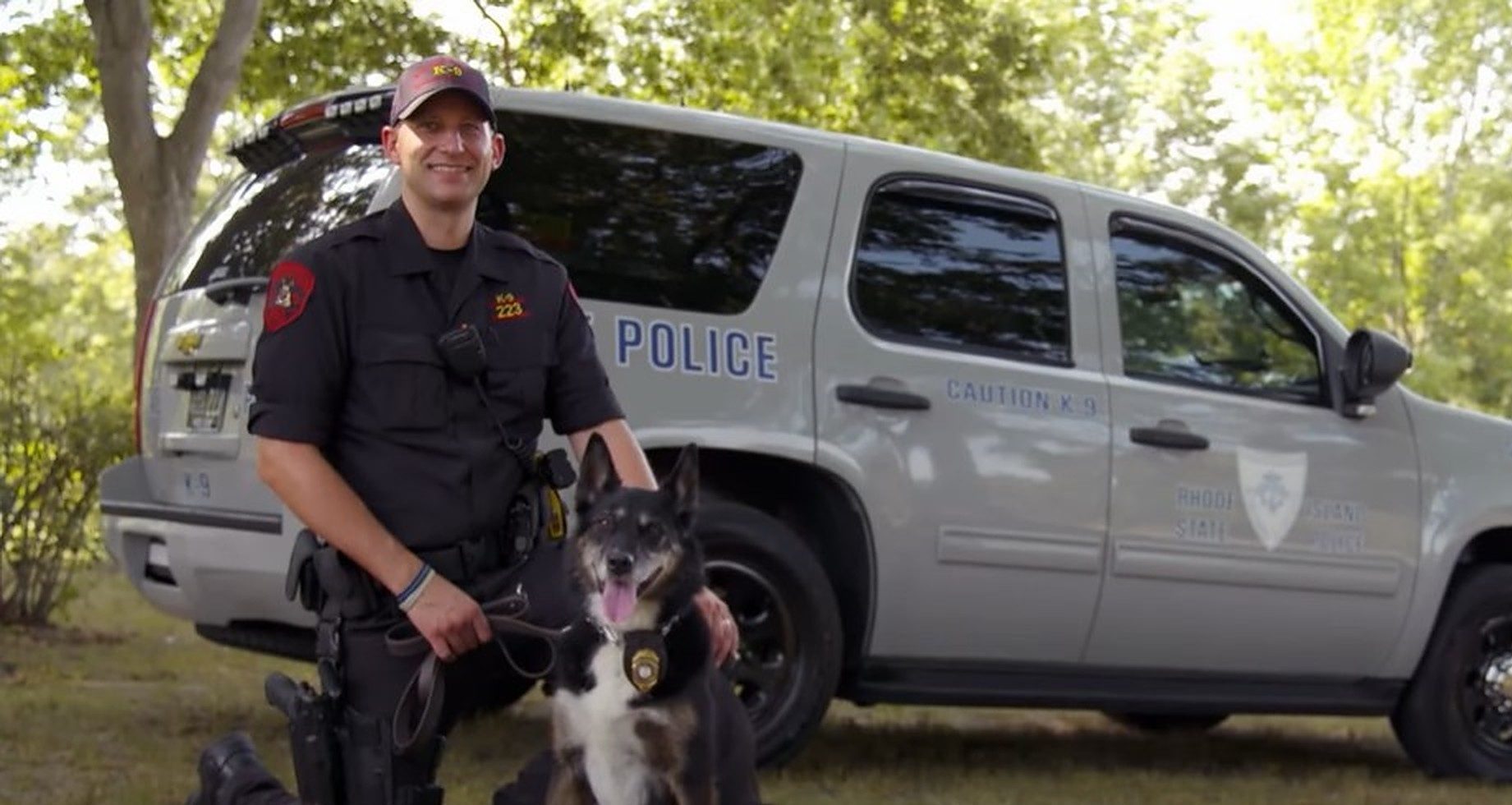 Katt Shea’s directorial ‘Rescued by Ruby’ is a drama movie on Netflix which chronicles the extraordinary story of Rhode Island State Police Trooper Daniel O’Neil and his dog Ruby. He saved her from being euthanized at a shelter and trained her to become one of the best search and rescue dogs in the state. Moreover, Ruby was titled Search and Rescue Hero Dog of 2018 by the American Humane Society. Curious to know how the dynamic duo is doing presently? Let’s dive in and find out!

Who are Daniel O’Neil and Ruby?

Daniel O’Neil joined the police academy in 2004, with the dream of entering the K-9 unit of the Rhode Island State Police one day. His goal was accomplished in 2011 when, after years of rigorous training for canine trainer certification, he was selected as a part of the unit. That very year, Daniel was assigned to train Ruby, an eight-month-old Australian Shepherd and border collie mix, who was rescued from a local shelter.

Ruby arrived at the Rhode Island Society for Prevention of Cruelty Towards Animals at just 4-5 months of age and was eventually returned five times by her adoptive families due to her hyper and stubborn behavior. Patricia Inman, an SPCA volunteer, fostered her each time she came back and tried to train her for her problematic behavioral patterns. In addition, she intervened several times when Ruby was put up for euthanization.

Patricia and RISPCA investigator Joseph Wazrycha felt that the dog had a lot of good energy that could be channeled into something meaningful. Just 2 hours before Ruby was to be euthanized for being “unadoptable,” Joseph approached Rhode Island State Police Trooper Matthew Zarrella, who was responsible for the formation of the department’s K-9 unit as well as its training. Matthew is an advocate for including the shelter dogs in the unit and decided to take Ruby in.

Thus, the sweet dog was paired up with Daniel, and he began training her meticulously. It was initially hard for both Ruby and Daniel to earn each other’s trust and establish an understanding, but with his determination and her eagerness and optimism, they were soon able to overcome all obstacles. Moreover, being a person with dyslexia and hyperactivity, Daniel resonated with Ruby’s behavior. Despite her not being a purebred German Shepherd like other K-9 dogs, she excelled at the academy and graduated at the top of her class.

Life functions in mysterious ways and this was proved when in October 2017, Ruby helped rescue Patricia’s teenage son in Glocester, who went missing for 36 hours after he went on a hike. Ruby helped Daniel and the team locate and save the boy, who was found in a gravely injured state deep in the woods. Patricia was not just happy to get her son back but pleasantly surprised to reunite with Ruby after so many years.

Where are Daniel O’Neil and Ruby Today?

Ruby presently lives with Daniel, his wife Melissa, and their two sons in North Kingstown, Rhode Island. She has been his partner for 11 years and counting, and they have completed numerous rescue missions, including helping convict two murderers based on evidence she found. Daniel was promoted to Corporal in 2020 and currently leads the K-9 division and training for the department. He has 18 dogs and 17 handlers working under him, with diverse skills in search and rescue, drugs and narcotics, explosive detection, and comfort dogs.

After gaining recognition due to her title in 2018, Ruby has traveled with Daniel all over the country to advocate the adoption of rescue dogs and accompanies him on runs. Furthermore, she has appeared on the ‘Today Show’ and on the ‘Rhode Island Monthly’ magazine’s cover. Although, she has had her fair share of mischief as well, like when in December 2018, she ran away and was found after a 19-hour search in a neighbor’s yard. In addition, Daniel and Ruby met with an accident in 2020, when a drunk Jeep driver rammed into their off-duty vehicle. Luckily, she escaped unharmed, but he sustained five broken ribs.

Besides Ruby, Daniel also has another rescue trainee named Koda, a white Swiss Shepherd. He feels eternally grateful for Ruby and shared in an interview that she has changed his life indeed. “Ruby is one of a kind. I never thought in my life that a dog would change it so much for the better… She has made me more patient, more humbled, and more passionate about my job as a Rhode Island state trooper,” he added. Their endearing story has also been featured in the 2021 book ‘Dogwinks: True Godwink Stories of Dogs and the Blessings They Bring’ by Louise DuArt and Squire D. Rushnell. Together, they continue to serve the community of Rhode Island today.

Read More: Where Was Rescued by Ruby Filmed?