Where Are David Duncan and Norman Zalkind Now? 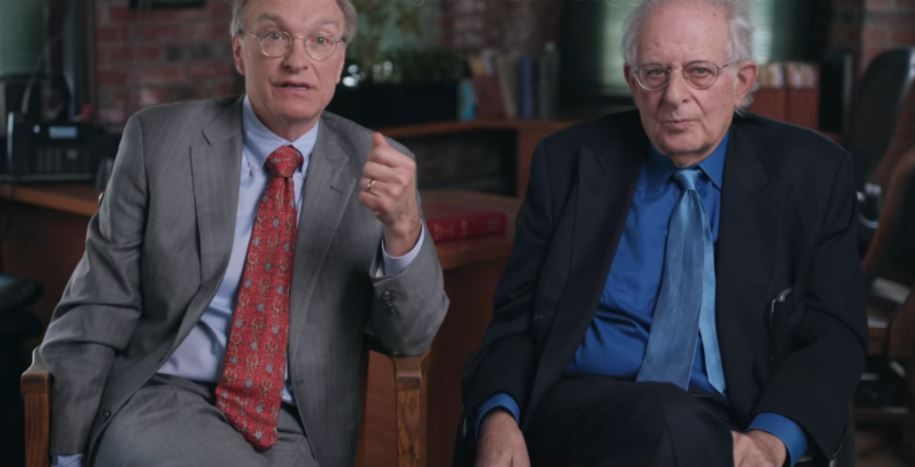 Netflix’s ‘Trial 4′ documents the conviction and release of Sean K. Ellis, a man who served almost 22 years in prison after being wrongfully charged with the murder of Boston Police Detective John Mulligan, who was shot to death while on duty on the night of September 26, 1993. This eight-part documentary series brings forth all his trials, which, we later find, were riddled with racial injustice, reports from corrupt cops, and the mismanagement of already flawed human processes.

Unlike most true-crime series’, ‘Trial 4’ features insights not only from Sean’s current lawyer – Rosemary Scapicchio – but also from his former ones – David Duncan and Norman Zalkind – which makes everything more comprehensive. Curious to know more David and Norman? We have got you covered.

Who Are David Duncan and Norman Zalkind?

David Duncan and Norman Zalkind are two of Boston, Massachusetts’, most renowned and respectable criminal defense lawyers. While Norman Zalkind graduated with a degree in law from the Boston University School of Law in 1963 and immediately founded his own firm, David Duncan first studied literature, history (medieval and renaissance), and linguistics before obtaining his Doctor of Law degree from the University of Pennsylvania Law School in 1982.

He then practiced with a small civil firm in Philadelphia, Pennsylvania, before moving to Massachusetts in 1985 and joining Norman Zalkind’s firm, rising through the ranks quite quickly and becoming a named partner. In 1993, when Sean Ellis found out that he had been implicated, he contacted a family friend who put him in touch with David Duncan and Norman Zalkind. When they both heard his side of the story and observed that he was under surveillance, they immediately took up his case and agreed to represent him.

For the next few years, they were by his side at every step of the way and did all that they could to aid him. Even after Sean’s conviction, David Duncan and Norman Zalkind stood by him, helping him appeal. Yet in 2003, they were fired by Sean, not because of any internal issues, but because Sean found out that if he did so, he could get a chance at post-conviction relief.

Where Are David Duncan and Norman Zalkind Now?

David Duncan and Norman Zalkind are still lawyers in Boston, Massachusetts, and named partners of Zalkind, Duncan & Bernstein LLP, and their office is located in Atlantic Avenue. They are both recognized as “Super Lawyers” by the Boston Magazine, listed as the Best Lawyers in America for both white-collar and non-white collar defense cases, and maintain the highest possible rating by Martindale Hubbell. They focus their practice primarily on criminal defense and civil litigation, including murder cases, sexual assault charges, misconduct offenses, students’ rights violations, and other serious felonies.

David Duncan, separately, is a contributing author in ‘Massachusetts Criminal Practice,’ which covers all aspects of current criminal law in the Commonwealth, and is now online, being taught at the Suffolk Law School. Furthermore, he has lectured in the Clinical Program at the same University and in the Committee for Public Counsel Services’ Bar Advocacy Training Program. David has spent the last few decades representing criminal defendants in both state and federal courts, either as a co-counselor or the lead attorney, and to say that he has been successful would be an understatement.

As for Norman Zalkind, in his long-lasting career, he has tried over 120 cases before a jury, including many high-profile ones involving fraud, rape, perjury, various forms of criminal conspiracy, and other charges. We should also mention that he had a career in teaching criminal trial practice at Northeastern University Law School from 1971 to 1987, and has been a guest lecturer for Harvard Law School, Boston University School of Law, and Yale Law School. Over the years, Norman Zalkind has achieved many awards for his zealous work as an attorney and is also a frequent commentator on legal issues in media.