Where Are David Gerard and Frankie Cochran Now? 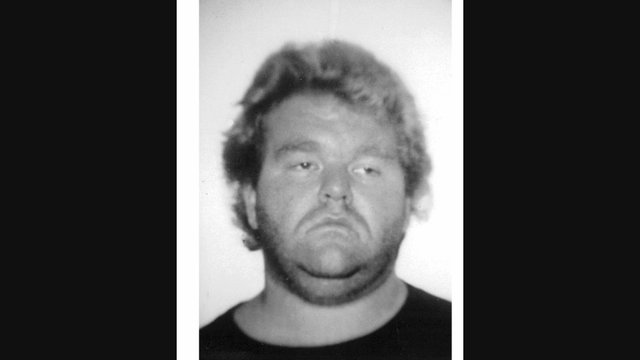 As the title suggests, Investigation Discovery’s ‘Your Worst Nightmare: Blood in the Barn’ is an episode that examines a horrific offense on a rural farm that no one could’ve forestalled. Frankie Cochran almost lost her life over a dispute with David Gerard in this matter, yet it’s the events leading up to and surrounding that fateful day that intrigues us the most. After all, it includes everything from domestic battery to speculations of a possible serial killer. So now, if you’re curious to know the details about the same, along with its aftermath, we’ve got you covered.

Who Are David Gerard and Frankie Cochran?

In 1999, even though Frankie Cochran had been married twice before and was a mother of three beautiful children, she still worked hard and stayed positive to provide for herself and her family. The 32-year-old’s boyfriend, though, seemed to be her complete opposite with his inability to hold his small jobs. Raised in Aberdeen as the youngest of four kids in a fatherless household, David Gerard allegedly had a strict mother who often allegedly hit him with a skillet when angry. And it appears as if this played a part in violence becoming his primary emotional reaction as well.

The couple’s relationship was pretty tumultuous, but they still shared an apartment and served together at a dairy, that is, until March 1999. Knowing that her boyfriend was possessive and prone to violent rages, Frankie did what she could in self-defense when David accused her of cheating. After she told him that he was just being paranoid about her faithfulness during an argument outside work one day, he grabbed her hair and pulled her out of his vehicle from the driver’s side. Anticipating a blow next, Frankie threw her to-go hot coffee at him in reflex.

That’s when David purportedly walked away, only to return with a hammer in hand. However, he halted when he was close to his girlfriend, turned around, kept the hammer back in the toolshed, and simply drove away without a word. This incident led to Frankie moving out, David being fired, and a court order telling him to stay away from her. The year before, he had threatened Frankie after ensuring that she couldn’t use the phone to call for help, resulting in a malicious domestic violence conviction and 35 days in jail. Yet, this was the last straw for her.

Unfortunately, a mere week later, on March 17, David returned to his former workplace while Frankie was finishing up for the evening. Like before, he had a hammer in hand, but he did not hold back this time. Using the claw side of the weapon, he struck her head at least five times and then stabbed her in the neck. He also strangled her. Realizing that David wouldn’t stop until she was dead, Frankie held her breath and threw her head back until he walked away. She was found lying in a pool of her blood amid manure hours later and rushed to the hospital, where she managed to name her assailant before slipping into a coma for weeks.

Where Are David Gerard and Frankie Cochran Now?

The medical examiners thought that Frankie Cochran would never be able to walk or lead a relatively ordinary life again, but she made a remarkable recovery. According to the last reports, after numerous doctor’s appointments and intensive therapy sessions, although she still has trouble using her left arm and walking freely, she can do most things independently. As for David, he was arrested outside a 7-Eleven store in Aberdeen that same day in 1999 and charged in connection to the matter. Considering his previously known history of petty violence, he was ultimately convicted of first-degree assault and sentenced to 37 years in prison.

Upon his conviction, David had to submit a blood sample to be entered into the DNA database, which led to him being linked to three other cases. His DNA was found on the body of 33-year-old Elaine McCollum, who was run over with a car multiple times in February 1991, and on 41-year-old Carol Leighton in the form of seminal fluid, who was stabbed around 45 times in August 1996.

David is also suspected of setting the “accidental” fire that killed his then-girlfriend, Patty Rodriguez, in 1995. However, he has only been charged and convicted of Carol’s homicide. In 2004, he entered a guilty plea for second-degree murder for Leighton’s death and received a concurrent sentence of 17 years. Therefore, today, at the age of 58, David is incarcerated at the Monroe Correctional Complex-SOU in Washington.