Where Are Donna and Ronald Holm Now?

Investigation Discovery’s ‘People Magazine Investigates: The Colorado Hammer Killer’ delves into Alex Ewing’s crime spree in January 1984, killing four people and injuring many others. While he has since been put away for life, survivors shared their stories on the show, talking about what they went through at the time. Donna Holm, who the authorities believe is one of the many that Alex attacked, recounted her experience, along with her husband, Ronald. So, let’s find out where they might be today, then, shall we?

Who Are Donna and Ronald Holm?

At the time of the incident, Donna was in a relationship with Ronald. While she was a flight attendant, he was a pilot, and the two met at work, eventually moving in together. They lived in Aurora, Colorado, and on January 10, 1984, Ronald was away on an overnight flight. That evening, Donna bought a gift for Ronald before picking up some groceries and then getting home.

Donna then picked up some mail and drove into her garage, adding, “At this point, I know I’m safe; I’m home. Nothing’s following me. So I reach and grab the mail, swing the [car] door open, and that’s where my memory goes. It’s now erased.” She was attacked by someone from behind with a hammer. Then, Donna was dragged out of the car, and the assailant sexually assaulted her in the garage.

As per the show, the police believed Donna stayed on the floor for hours before regaining consciousness. She was naked and struggled to walk. When Ronald returned, he saw blood on the stoop. He said, “So I ran inside, ran over to the bedroom, and I saw her lying in bed with all this blood. And I started yelling at her and kinda rolled her over, and I see this big dent in her head.” Ronald immediately called 911, and Donna was rushed to the hospital.

Worried about the assailant returning to finish the job, Ronald would sleep with a gun at the hospital until police protection was assigned to Donna. While she was alive, the recovery process was arduous. Donna said, “In the hospital, I say I had the mentality of a 2-year-old. Everything was new to me. … I didn’t know a knife and fork. I couldn’t even tell you that I can’t open my mouth and how hard it is to eat.”

Where Are Donna and Ronald Holm Today? 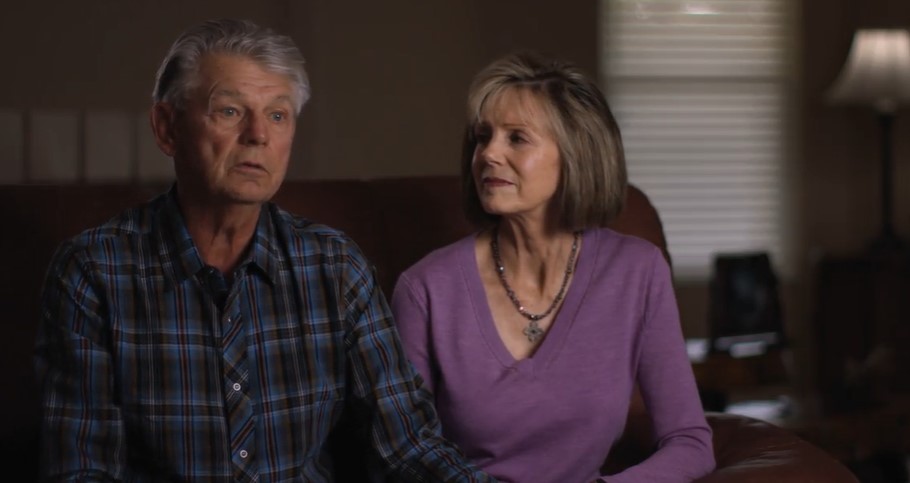 Donna and Ronald got married in May 1984, just months after the attack, while she was slowly recovering, relearning how to do even basic things like speaking and eating. She added, “People would always say, ‘Oh, you’re so lucky.’ Well, in all honesty, back then, I didn’t feel lucky. I would be like, ‘No, you’re lucky it didn’t happen to you,’ because I had to rebuild. I had to learn everything all over again, and it’s very overwhelming and tough to go through.” After Alex was identified as the attacker, Donna expressed happiness and reiterated how she felt fortunate to be alive. She and Ronald have been married for more than three decades and seem to currently live in Colorado with their pet dog.

Read More: Who Were Alex Ewing’s Victims? Where is He Now?