Where are Doug Myers and Johnny Lewis Now? 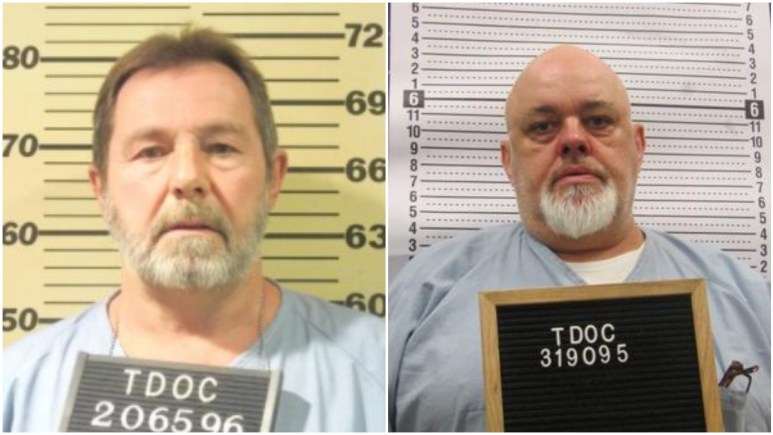 Investigation Discovery’s ‘Murder in the Heartland: Mother of it All’ examines the 1999 case of Dianne Watts’ murder, which unfortunately also ended up taking the lives of her 10-year-old daughter, Jessica Watts, and Jessica’s friend, 13-year-old Chelsie Smith. What was supposed to be a lively slumber party for the two young girls on the hot summer day turned into a blaze that led to their deaths. And the town of McMinnville thus turned upside down with the knowledge that a killer lurked amongst them. In the end, though, it turned out that Dianne’s boyfriend, Raymond Myers, and his friend, Johnny Lewis, had a direct hand in the matter.

Who Are Raymond Myers and Johnny Lewis?

Raymond Douglas Myers and Johnny Lee Lewis, family friends, were together in the early hours of July 30, 1999, executing their plan of slaying Dianne so as to keep her quiet about the alleged illegal activities that they, along with Raymond’s mother and brother, were indulging in. The McMinnville Fire Department responded to a house fire call at 246 Myers Lane that day, where Dianne, her daughter, and Raymond had been residing. According to records, Raymond had lived there for about six years before he and Johnny deliberately doused it with gasoline and set it on fire. The burn patterns and the “ignitable liquid fuel” traces made that easy to determine.

Within a week of the three females’ brutal slayings, all of whom also suffered from severe blunt force trauma, Raymond and Johnny were charged and arrested in connection to the matter. Soon, with the myriad of witness statements, the evidence of Johnny purchasing approximately five two-gallon jugs of gasoline the day before the incident, and his confession about Raymond’s mother paying him $900 to set fire to the home, there was no denying that they had premeditated the entire thing. The prosecutors stated that it was all done to ensure that Dianne never blew their cover of having criminal intent and that the two girls were collateral damage.

Where Are Raymond Myers and Johnny Lewis Now?

Both Raymond Douglas Myers and Johnny Lee Lewis stood trial for the charges against them in 2002. And when it all winded down, while Raymond was convicted of three counts of first-degree murder, two counts of felony murder, one count of aggravated arson, and one count of conspiracy to commit murder, Johnny was found guilty of one count each of aggravated arson and facilitating second-degree murder. Therefore, Raymond was ultimately sentenced to serve life without parole plus 24 years, and Johnny was given a total of 65 years (40 years combined).

After years of appeals for his verdict, which the court has done nothing but affirm, and post-conviction relief petitions, which have also been denied, today, Raymond, 61, is incarcerated at the Morgan County Correctional Complex in unincorporated Morgan County, near Wartburg, Tennessee. Johnny Lewis, on the other hand, at the age of 59, is currently behind bars at the Trousdale Turner Correctional Facility located in Hartsville, Trousdale County, Tennessee. According to the Tennessee Department of Corrections inmate records, he became eligible for release in 2007. His parole hearing will take place in February of 2023.