Where Are Dr. Connie Jones and Her Son Now? 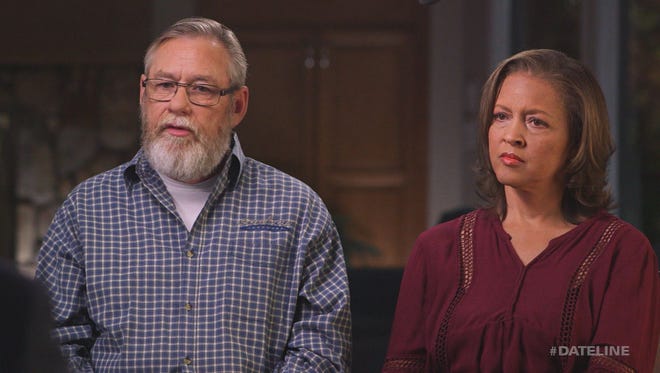 Dwight Lamon Jones went off on a shooting spree in the summer of 2018 in Arizona. For four days, the residents of the neighborhood were terrorized by Jones’ murderous rage. The killings were all connected to Jones’ divorce from his former wife that dated back to 2010. The man had pent up anger about how the divorce had estranged him from his son.

At the end of the four days, Jones died of a self-inflicted gunshot in the room of the Extended Stay hotel he had been living in for nine years. Dr. Connie Jones, Dwight Jones’ former wife, said her new husband, a retired detective, made the connection of the killings with the Jones’ divorce. The horrific murder spree has been featured in Investigation Discovery’s ‘The Murder Tapes’ in an episode titled ‘He’s Not Going To Stop.’ Let us find out what we can about Dr. Connie Jones and her son with Dwight Jones.

Who Are Dr. Connie Jones and Her Son?

At least four out of the six victims gunned down by Dwight Lamon James between the last week of May and the first week of June in 2018 were directly or indirectly connected to his divorce from his former wife, Connie. The divorce, which was the root of Dwight’s resentment, was primarily supposed to have driven his murderous rampage. The divorce was a consequence of a domestic violence incident. In 2009, Connie was subjected to domestic violence by her then-husband, following which she had reported him to the authorities, and they had arrested him from their residence in Scottsdale, Arizona.

Connie Jones and Dwight Jones got married in 1988 when Connie had just finished her first year in medical school and was on her path to become a successful doctor. Dr. Connie Jones obtained her medical degree from the University of North Carolina School of Medicine in the year 1991, according to her LinkedIn profile. She was a psychiatry resident/intern at Duke University as well.

Following this, she went on to do a Radiology residency at the University of Texas Southwestern Medical School in Dallas, Texas. She has also completed an intense year-long fellowship in Clinical Breast Imaging from the same institution in 1998. With so many accomplishments under her belt, Connie’s aspirations of being successful in the medical field were finally being met. So when Dwight dropped out of the military after three years of enrolment, Connie was annoyed with his lack of ambition.

Connie started noticing signs of mental illness and how his behavior started changing. He became susceptible to frequent mood swings and would often become hostile and verbally and physically abused Connie. After Connie threatened him with a divorce, he begged her to stay. Shortly after, the couple had their son in 1997. For a significant part of their marriage, Dwight looked after their son while Connie worked. Connie’s salary sustained the family, and they lived in a house in Scottsdale and had three cars.

Dwight’s mannerisms and behavior degraded in 2009. It was reported that in January 2009, his son’s school charged him with harassment orders after he assaulted administrators. Following this, the boy had to shift schools. In May 2009, he physically abused Connie in front of their son. When the police officers arrived at their home after Connie secretly called 911, they were caught in a stand-off.

According to court records, Dwight stayed inside with his son and said things like, “She’s got these cops out there ready to kill me … your mom wants me to die … she wants you to die.” In the divorce, she was ordered to provide financial support to Dwight Jones for a few years. Dwight had also allegedly tried to kidnap their son and sent death threats to Connie. At a certain point, after his parents separated from each other, the boy missed his father. The child had clearly been traumatized by the events. He would often stare off into space and fall asleep during his counseling sessions. Connie was given sole custody of the child after the divorce went through in 2010.

In the wake of the divorce, Connie Jones lived on high alert. She suspected that her former partner would try and kill her. She had hired an investigator, Richard Anglin, a retired Phoenix police detective, after the divorce to hide and protect her son and her. For the next few years, every detail of Connie’s and her son’s lives was planned to avoid being noticed by Dwight Jones. It became a habit for Connie to check if her former husband was lurking anywhere she went, be it the grocery store or even at the theaters.

She was also trained extensively with guns and defensive driving by Anglin, in the worst possible scenario that her former husband showed up. She felt as if she had her own terrorist. “I had someone who was specifically targeting me, someone who had the time and nothing else to do but think about how to hurt me. His death, I think, is the best thing to come out of these ordeals,” she said.

Where Are Dr. Connie Jones and Her Son Now?

Connie was informed about Dwight’s death after she returned from a vacation with her husband, the retired detective Rick Anglin. She said she felt a sense of relief. Connie Jones’ interview was aired in NBC’s ‘Dateline.’ Her son, however, remains in the shadow, away from the TV limelight his mother has frequented every now and then. The murder spree has also been showcased by Investigation Discovery’s ‘Murder Tapes.’

Connie is credited as the author of the book ‘The Breast Test Book: A Women’s Guide to Mammography and Beyond.’ Her personal website highlights her involvement in the field of radiology and her contributions to the planning and developing of new breast health programs. It appears as though she resides in Flagstaff, Arizona.