Where Are Drew Peterson’s Kids Now? 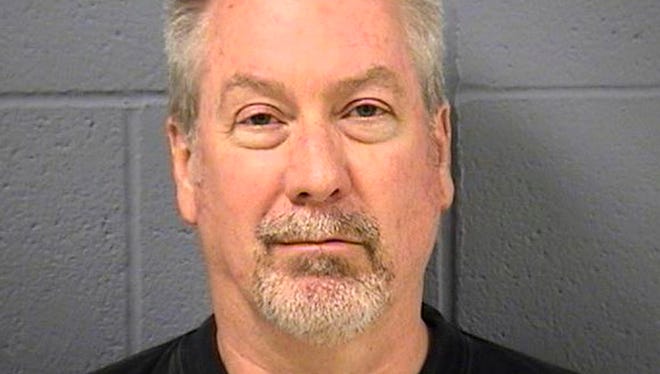 ‘Cellmate Secrets: Drew Peterson’ chronicles the baffling story of a retired sergeant from Bolingbrook, Illinois, who was accused, arrested, tried, and convicted for the murder of his third wife after his fourth one disappeared. Drew Peterson first received widespread attention following the vanishing of Stacy Ann Cales Peterson. But as allegations surrounding his autocratic nature and misconduct came to light, he got involved in a homicide inquiry as well, eventually being sentenced for the same. So now that it has been a while, let’s find out more about the six children he fathered with his four wives, shall we?

Who Are Drew Peterson’s Children?

From Drew Peterson’s marriage to Carol Brown, which lasted from 1974 to 1980, Stephen Paul Peterson and Eric Drew Peterson came into this world. Then, although he was with Victoria Connolly for over a decade, they had no kids together. With Kathleen Savio, who Drew tied the knot with in the summer of 1992, he had two more sons, Thomas Peterson (born 1993) and Kristopher Peterson (born 1994), making them around 10-years-old when their mother was found dead in March 2004. Drew had married Stacy Ann Cales in 2003, who ultimately gave birth to Anthony that same year, and then Lacy in 2005.

Because Thomas and Kristopher were still kids when their mother passed, Stacy adopted and raised them as her own. Thus, when she went missing, Drew became their sole guardian. Stephen and Eric had already grown up and were doing their own things, but Eric was estranged from their father. Consequently, when Drew was charged and arrested for Kathleen’s killing in 2009, Stephen took in all the minor children — Thomas, 16, Kristopher, 15, Anthony, 5, and Lucy 4. According to an NBC report, to provide them with a sense of stability, he kept raising them in his convicted father’s home in Bolingbrook, Illinois.

Where Are Drew Peterson’s Children Now?

After Drew Peterson was apprehended, Stephen Peterson’s own marriage ended. He also lost his job as a local police officer in Oak Brook for failing to disclose details concerning his father after Stacy disappeared. Stephen has since stated that his father “probably” killed both Kathleen and Stacy, even though no legal charges have ever been placed on him for the latter. “Over time, you hear enough [from the police]. They can’t all be full of s—,” he said. “I don’t want to come out and say he did it…but, I’m sure he did it.” He does not like to bash his father publicly, but it happens because Stephen continues to clean his mess.

Coming to Eric Peterson, he’s made it no secret that he doesn’t like Drew. Not only has he remarked that his father was not a good, caring, or loving dad, but he’s also testified that he once saw him physically drag Kathleen in their home as she screamed for help. Yet, he is facing legal troubles of his own these days. Following the recovery of almost 40 marijuana plants in his home near upscale Burr Ridge by the authorities, Eric was arrested on felony drug charges in April 2021. The 42-year-old posted his $5,000 bail, but it seems like the legal processes will continue.

Thomas and Kristopher moved out of Stephen’s home, the one they once shared with Drew and Stacy, when they graduated high school. According to NBC Chicago, Thomas was the valedictorian of his class at Bolingbrook High and, in 2012, was a neuroscience major at UPenn. Unfortunately, no particular information on Kristopher is publicly known. As for Anthony and Lacy, since they are still minors, they are in Stephen’s safe custody to this day. Bolingbrook, Illinois, continues to be their home.