Where Are J.D Vance’s Wife and Children Now? 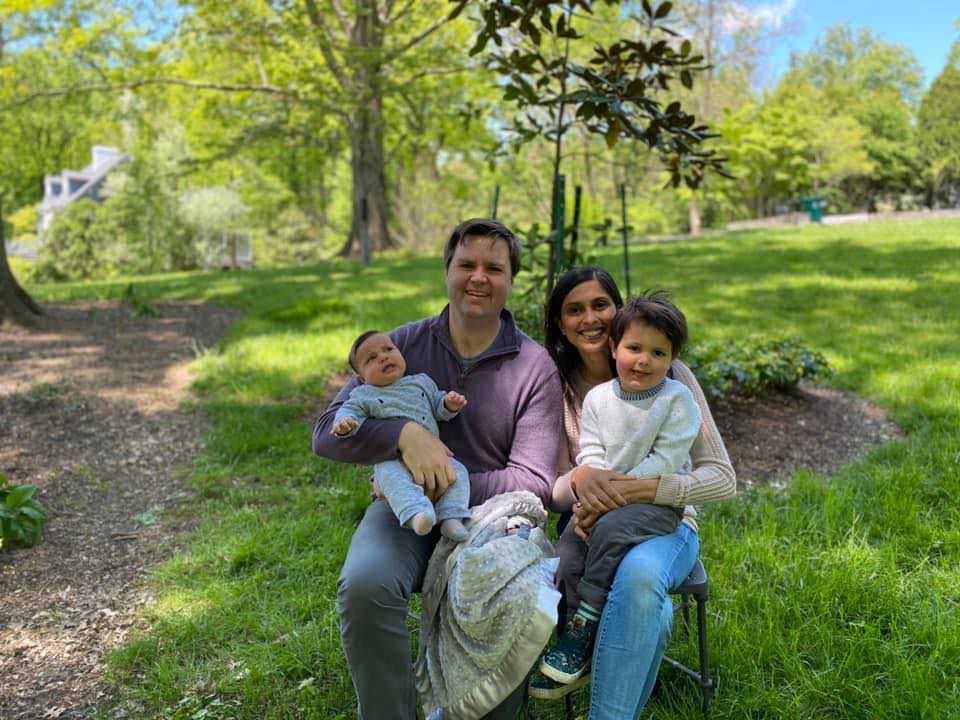 Directed by Ron Howard, ‘Hillbilly Elegy’ is a poignant film that tells the story of a family living in Middletown, Ohio, and their desperate pursuits of the American Dream. Based on the memoir of the same name, penned by J.D. Vance, it follows him as he tries to navigate his dreams and ambitions, all the while maintaining interpersonal relationships.

This, of course, gives rise to complications, especially as his mother has a rapidly deteriorating substance abuse problem. But helping J.D. at every step of the way, as seen in the movie, is his loving grandmother, sister, and (then-girlfriend) wife, Usha. Now, if you, like us, are curious to know more about the latter and her family with J.D., we’ve got you covered.

Who Are J.D. Vance’s Wife and Kids?

Usha Chilukuri, an Indian-American whose father came to the nation in search of a better life, is from San Diego, California. She met J.D. Vance for the first time while they were at Law School together, and soon, after getting to know each other for a little while, they began a relationship based on mutual trust and understanding, which helped them overcome every obstacle that came their way.

With her patience, support, and perceiving nature, Usha also guided J.D. to a better and more optimistic mindset and even helped him leave his Hillbilly ways behind, without ever making him change his values. It was back in 2014, a year after J.D. graduated from Yale Law School, that the couple tied the knot in a ceremony that highlighted both their upbringings, religion, and cultures. Subsequently, so as to be closer to their families, they moved to Ohio to start their married life together.

At that time, Usha was a Law Clerk for then-Circuit Judge Brett Kavanaugh. As the years passed by, J.D. and Usha pushed each other to reach new heights in both their personal and professional lives. In June of 2017, they welcomed their first child into this world, a son, who they named Ewan Blaine Vance. Usha gave birth to their second child – another son – some time ago, but the couple hasn’t made his name or any information about him available to the public. In fact, they prefer to keep both their kids away from the spotlight and the media.

Where Are J.D. Vance’s Wife and Kids Now?

J.D. Vance, his wife, Usha Chilukuri Vance, and their two kids are now living in the East Walnut Hills neighborhood of Cincinnati, Ohio. They moved there in the summer of 2018, after Usha’s Supreme Court clerkship for Chief Justice John Roberts ended, and J.D. decided to have a full-time home instead of distributing his time between his family and his work in Columbus, where he had started a nonprofit organization to battle the drug epidemic.

Then, Usha took six months off of work to raise Ewan and get settled in Cincinnati, following which, she began working as an Associate at the San Francisco and Washington-based law firm Munger, Tolles & Olson, a position which she holds to this day. According to her LinkedIn profile, she worked here from 2015-2017 as well, before she landed a job as a Law Clerk for the United States Supreme Court. Her kids, husband, and career are Usha’s entire life.

In J.D.’s memoir, he wrote that Usha helped him realize that he had baggage from his tumultuous upbringing even after he managed to achieve all his dreams. He had no idea of how to resolve a conflict, she said. And although J.D. wasn’t like his mother, who took to screaming and cursing, he did tend to withdraw completely. He feared becoming like his mother, but Usha made him see that all he had to do was talk to her to make her see his side of an argument. After all, they are a family, and you can’t just turn your back on family.