Where Are Javarceay Tapley, Rufus Burks, and Raheam Gibson Now?

Investigation Discovery’s ‘The Murder Tapes: I’d Kill Them Again’ looks into the brutal triple homicide that occurred in Upatoi, Georgia, in January 2016. A burglary at the Short home led to the deaths of Gloria Short, her son Caleb, and her granddaughter Gianna Lindsey. The brutal murders left the community stunned while the investigators pressed on to find out who was responsible. Much to the dismay of the family, it was someone that the Shorts had known and were close to. It was revealed that it was Caleb’s cousin Javarceay Tapley who had perpetrated the crime along with two others – Rufus Burks and Raheam Gibson. Curious to know where they are now? We’ve got you covered.

On January 4, 2016, Robert Short Sr. came back from work in the morning to find his house in disarray and his family dead. His 54-year-old wife Gloria Short, his 17-year-old son Caleb Short, and his 10-year-old granddaughter Gianna Lindsey were are bound and brutally beaten to death in their own home. Gloria was found at the end of the hallway while Gianna was in the living room. Caleb was found dead in a walk-in closet. Gloria and Gianna also had stab wounds, and all three of them had blunt force trauma. 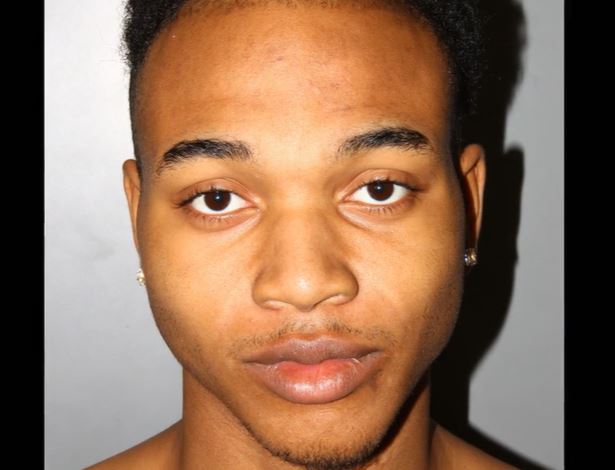 The house appeared to be ransacked with multiple items, including money, jewelry, and two cars missing. The police discerned that there were multiple suspects, and the apparent motive was burglary. Through Caleb’s cellphone records, police tracked down Javarceay Tapley, then a 16-year-old. He told the police that he was Caleb’s cousin and that they were quite close. Javarceay had spent holidays with the Shorts and knew the family well.

At the time, he was cooperative with the police and said that he didn’t know of Caleb being in any trouble. Soon, the police would catch a break in the form of a 911 caller. It was the mother of Raheam Gibson, a 19-year-old. She told the police that Raheam spoke with his sister and her about his involvement in the crime. This led to Raheam being brought in, and he was instrumental in finding the missing pieces in the case. The third person involved with the crime was Rufus Burks, a 15-year-old.

Investigation revealed that on January 3, it was Javarceay who came up with the plan to carry out a burglary at the Short residence. Raheam had stated that the three of them had traveled to the residence on a bicycle and a moped before Javarceay lured Caleb out of the house. Then, Javarceay and Rufus subdued Caleb and bound him with duct tape. Rahaeam stated that he waited outside while the other two went in.

He was later called to the garage where Javarceay and Rufus had put the stolen items that included some of Caleb’s clothes, sneakers, a video game console, and some games in one of the two cars they later drove away with. The cars were found abandoned at a local park. Raheam’s co-operation and testimony were significantly helpful in solving the case. Police also found social media conversations between Javarceay and Rufus that pointed towards their involvement in the crime.

Where Are Javarceay Tapley, Rufus Burks, and Raheam Gibson Now?

Two years after the murders, Javarceay pleaded guilty to three counts of malice murder and was sentenced to life in prison without the possibility of parole. He remains incarcerated at the Hays State Prison in Trion, Georgia. Raheam pleaded guilty for his part in the crime as well. He received 10 years for kidnapping and 20 years for 2 counts of motor vehicle theft. As per prison records, he is serving his sentence at the Baldwin State Prison in Hardwick, Georgia. He will be eligible for release in December 2046.

Rufus was the only one to stand trial but was found guilty of one count of felony murder, two counts of theft by taking, and one count of kidnapping and burglary. He was sentenced to two consecutive life sentences plus 15 years with the possibility of parole. He is imprisoned at Wilcox State Prison in Abbeville, Georgia.