Where Are Maria Hendy and Kim Adams Now?

Throughout the three-episode duration of Netflix’s ‘The Puppet Master: Hunting the Ultimate Conman,’ the viewers learn about Englishman Robert Freegard’s serial cons and how his controlling ways deeply affected many peoples’ lives. Two of the women who fell for his charming but dangerous stories were Maria Hendy and Kimberley Adams. The show touches upon both their stories, providing an insight into just what they went through. So, let’s find out more about what happened then, shall we?

Who Are Maria Hendy and Kim Adams?

In the early 1990s, Robert met John Atkinson, Maria Hendy’s roommate, at a bar in Newport, England. Soon, John was wholly convinced that Robert was an MI5 agent and their lives were in danger. Upon his insistence, John told Maria and Sarah Smith, another roommate, they had to leave because he had terminal cancer. Over the next decade or so, the four of them stayed on the run, believing that the Irish Republican Army was out hunting them.

During this period, Robert began a relationship with Maria that was termed abusive and exploitative. During the nine years that Maria was with him, it was stated on the show that Robert punched her and knocked her teeth out. They had two daughters together as well. While she gave up every last bit of money she made to pay for Robert’s supposed operations, he used the money he defrauded out of them to buy luxury cars, watches, and expensive suits.

At one point, Robert asked the trio to move with him to Sheffield, England, where Maria was left alone to care for the kids. During the same period, he took up a job as a car salesman and met other potential marks. One of them was Kimberley Adams, an American psychologist and author. In 2001, Kim was a single mother whose son went to live with his father. She decided to try something new and took up a job in London, England.

Kim met Robert when he sold a car to her, and soon after that, they went on a date. In the beginning, Kim was curious about his behavior: Robert didn’t like his photos taken and used multiple cellphones. Later on, he told Kim that he was a spy working undercover. She remembered how Robert talked about killing someone, stating, “He said he needed to be violent on the job and boasted about murdering a man who had discovered he was working undercover and had threatened to expose him.”

After proposing to Kim, Robert told her that she would also become a spy. But for that, Kim had to quit her job and sever contact with her parents. He told her they would live in a lighthouse and monitor Russian submarines. Robert then claimed Kim had to undergo a test to become a spy and began taking money from her for that. Later claiming that she failed, Robert also asked her parents for cash.

By 2003, the authorities figured out Robert’s schemes and ran an undercover operation to arrest him. When he contacted Kim’s parents for money, they agreed to pay him only if he would collect it in person. So, Kim’s mother met him at the London airport where Robert was arrested, and Kim was rescued. The investigators were then led to a hotel room in France with more evidence connecting him to the other women he defrauded and manipulated.

Where Are Maria Hendy and Kim Adams Now? 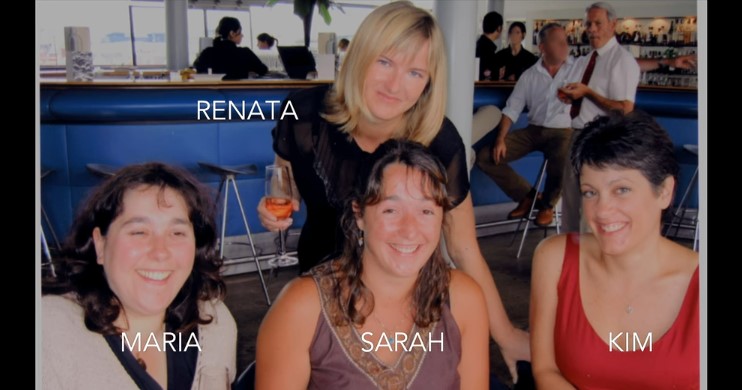 Both Maria and Kim were present at Robert’s trial in 2005. Kim talked about how he threatened her life and her son’s. At one point, Robert even convinced Kim to hide in a bathroom for seven days. While Robert was found guilty, his conviction was overturned a few years later on a technicality, and Kim stated that she was worried for her safety. Today, Kim seems to be doing much better. She works as a college professor in Minnesota, teaching psychology from what we can tell. As for Maria, she has mostly stayed away from the spotlight, and there’s not a lot we could find out regarding her current life except that she most likely still lives in England.