Where Are Married At First Sight Season 6 Couples Today? 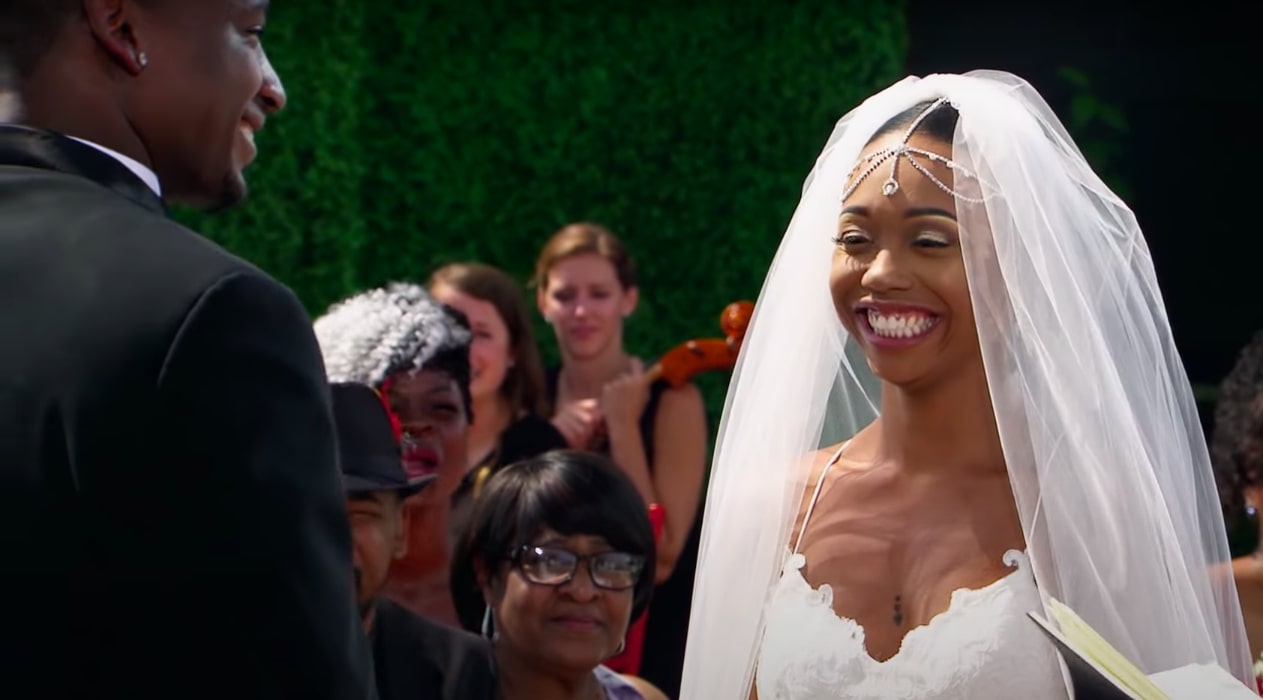 Lifetime’s ‘Married at First Sight’ has a fan base of its own. Season after season, it has been able to grip its audience in one of the most unique ways to fall in love. A panel of experts puts together individuals based on what they believe will be a compatible match. The strangers then get married, and the ultimate test of new love begins. While some have made it through, the same cannot be said for the vast multitude who still remain strangers to the very end.

As Season 10 is on the forefront, we cannot help but go back in time to think about what happened to the couples from Season 6. While some vowed to stay together, time can still play a tricky factor to that end.

The couple wasn’t exactly compatible when we first saw them. The two had issues from the start to get intimate. While Shawniece was eager to explore her marital bond with her husband, it wasn’t the case with Jephte. He had his doubts regarding being vulnerable with his wife.

Even though they remained married after the show, the couple faced numerous problems afterward. While Jephte and Shawniece had broken things off for a while, Jephte took to comfort with other women. All this while Shawniece was pregnant with their daughter, Laura. Though the couple got back, it was a rocky ride for the longest time, and the two were not seen wearing their wedding rings. The hate Jephte got for this on social media was also a lot.

I don't believe that Jephte is into Shawniece. But I think someone has told Jephte that Shawniece is probably the best woman he'll ever meet. He needs to realize that. #MarriedAtFirstSight pic.twitter.com/HDUnJZua1q

The couple, however, is still married. They seem to be taking it one step at a time though their fans are still reluctant to buy into their relationship just yet. The couple is also not once again on the same page regarding their relationship status. While Jephte admits to there being certain problems, Shawniece stated that everything is fine between them.

However, recent posts show that Jephte seems to be trying to make their relationship work. On a recent post, he stated, “…She explained that yes, women are celebrated on Mother’s Day because they have children, but this day isn’t about the kids; it’s about the mothers! That sat with me all year, so I told myself I’ll never make that simple mistake again.”

Shawniece is busy being a mom and her own person. As far as the relationship is concerned, what she states hints at the fact that they are slowly trying to rebuild their foundation of trust all over again. In a post, she said:“…but, we were trying to figure it out. Our love took time, it took patience, it took trust, it took forgiveness, and faith. It all boiled down to two people wanting love and wanting to grow.”

The road to perfection sure seems to be far ahead but also in the realm of possibility for these two. It is, of course, one thing to be married and another to be happy in it.

This couple was anything but compatible well from the beginning. The audience couldn’t help but be sympathetic to Jonathan because of how abusive Duff turned out to be, fighting him at every juncture. This was made public when Jonathan recorded one of their conversations so their relationship experts and the audience could get a glimpse of what he was dealing with. And, well, they did. Apart from this, the couple also had major intimacy issues they couldn’t overcome, which led them to part ways soon enough.

However, after the show, there was another plot twist. Dr.Jessica from the panel of relationship experts began dating Jonathan. That’s right; once the former couple was done, the two got together. They eventually got engaged as well. The couple is strong and looking forward to getting married soon.

Molly seems to be enjoying being single as far as her posts are concerned. Her twin got married, and she seems to be doing her fair bit to keeping herself engaged during quarantine blues.

Molly is also quite connected with her friends and family. Even though ‘Married at First Sight’ was not the best experience for her, she still seems to be enjoying her life.

The pair had lifestyle issues well from the beginning but decided that they would stick together on decision day. The duo, who had constant clashes, not being able to remain true to themselves, split after ten months into their marriage. Since they went their separate ways, a lot has changed for the both of them.

While Jaclyn is grateful for the experience, she has moved on to find someone else in her life. She seems to be enjoying her time with her new boyfriend; she can also be seen traveling and hanging out with her friends. Jaclyn is also quite active on Twitter and can be seen ‘shipping’ couples and movies she has taken to.

Ryan Buckley, too seems to be living his life doing things that make him happy. While it is not sure if he is seeing someone else at present, he is definitely into renovating and cooking, as can be seen on his social media. His dog, Earl, also features constantly in his posts.

Once, Ryan posted a photo with a woman, and his well-wishers were curious to know if that was his girlfriend. However, Ryan did not comment on that question specifically while he replied to others’ comments.

So, while we are not sure if he is, in fact, seeing someone else, he sure does seem to be making the best out of his life.