Where Are Mija’s Doris Muñoz and Jacks Haupt Now? 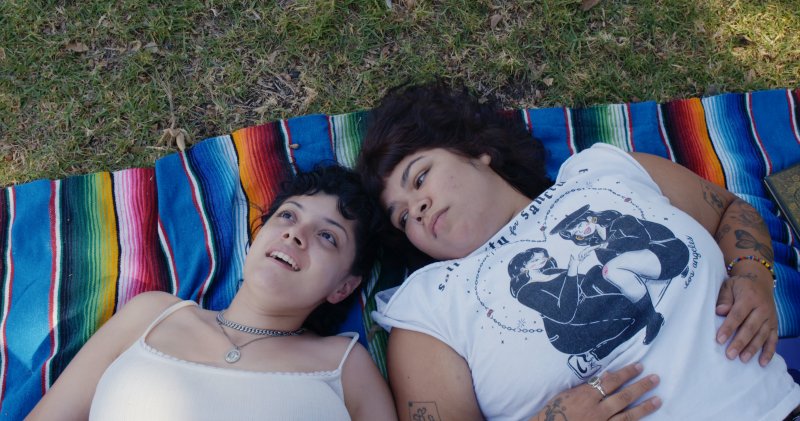 With Disney+’s ‘Mija’ being a radical immigrant story that blends guilt, joy, vulnerability, as well as a sense of pride, we get a true insight into the way hope and hard work can change everything. After all, even though this documentary revolves around two creative American-born members of undocumented Mexican families, the exclusive focus is deliberately not on the trauma of their status. So now, if you wish to learn precisely what these women — forces of nature Doris Anahi Muñoz and Jacqueline “Jacks” Haupt — are up to these days, we’ve got the necessary details for you.

Where is Doris Muñoz Now?

Since Doris was just a young girl when she completely fell in love with music, she quickly picked up singing, writing, and a few small instruments before eventually deciding to study the art form. However, it was while she was double majoring in theatre and communications that she moved towards the managerial side of things because unexpected opportunities were beginning to arise. This, along with a lack of proper representation of her community, thus pushed the California resident to establish Mija Mgmt as well as the non-profit Solidarity for Sanctuary back in early 2017.

The pandemic changed everything, though, especially as the pause in her management career allowed Doris to reconnect with her artistic side and resolve it was time to spread her own wings. She then undertook a fellowship at the University of Southern California, began sharing videos of her original stuff online, and ultimately finalized her move from behind the scenes to in front. The Los Angeles-based public figure, as well as proud Executive Director of Solidarity for Sanctuary, has hence even turned Mija Mgmt into a thriving music mentorship program called Casa Mija.

As for her music, Doris released her debut single “Que Sufras” (That You Suffer) in early 2022, followed by an EP entitled ‘Aprendiendo por las Malas’ (Learning the Hard Way) in the summer. Her artist name is actually Doris Anahi, and she has since made it clear that she has no plans of slowing down, let alone stopping, anytime soon — her goal is seemingly to break all bounds as a Mexican-American entertainer. We should mention her original art is essentially a perfect combination of traditional bolero melodies, R&B sounds, ranchera influences, and indie rock sensibilities.

Where is Jacks Haupt Now?

Like Doris, Jacks’ undeniable passion for music began at quite an early age as well, but the difference is she came out with her debut single, “3 am,” the day after she graduated high school. She couldn’t afford studio sessions or professional equipment back then, so every single one of her ideas was recorded on her cellphone through apps like GarageBand or BandLab. However, this creative element actually worked out well by giving her a particularly unique sound, and now it appears as if the Oak Cliff neighborhood native of Dallas, Texas, is doing better than she ever was.

Jacks still primarily seems to be based in Texas at the moment, yet with recent singles like “35mm” (2021) as well as “Time” (2022), she has been traveling a lot lately for exposure and new ideas. “If I ever get to the top, I would love to always represent Dallas,” she recently said. “Oak Cliff is my home. That’s where I struggled and my family struggled. The community helps each other out and is so creative.” Her original music thus draws a lot from the local Chicano community, her personal experiences, and the divine feminine, all the while having influences from Amy Winehouse, Radiohead, Latin soul artists, and even electronic bands.