Where are Paul and Ruben Flores Now? 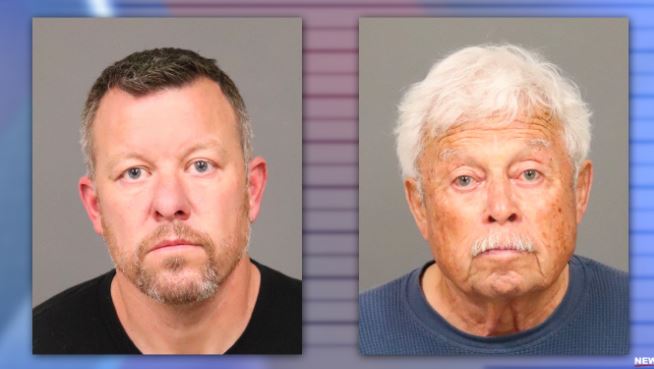 ‘Your Own Backyard’ is a podcast series hosted by Chris Lambert, a freelance journalist and podcaster from California. The eight-episode series investigates the case of Kristin Smart, a 19-year-old college student who went missing in 1996. Paul Flores was the person who was last seen with her. Over the years, he was considered the prime suspect in her disappearance and was arrested in April 2021, along with his father, Ruben Flores. Chris’ podcast was, in part, responsible for bringing renewed attention to the case that eventually led to these arrests. Curious to know more about this case? We’ve got you covered.

Update on the Kristin Smart Case

Paul Flores was the last person to have seen Kristin Smart on May 25, 1996. According to the police, Paul, who was a freshman at the time, walked Kristin to her California Polytechnic State University dorm, but she never got to her room and was not heard from by her family or friends after that. Kristin was coming back home from a fraternity party when this happened, and she was reported missing by her roommate two days later.

Paul was then named a person of interest in Kristin’s disappearance. During his deposition in November 1997, Paul had invoked the 5th Amendment in response to any questions regarding the case. With no new evidence in the case, Kristin was declared legally dead six years after she first went missing. Over the years, the separate homes of Paul’s parents, Susan and Ruben Flores, were searched in addition to Paul’s home later on. There was also a search warrant that was served at Paul’s sister’s home in Washington.

The authorities stated that sometime in 2016, they had recovered evidence that had pointed towards Paul as being the prime suspect in Kristin’s missing case. They had a lead regarding Kristin’s burial which steered them to excavate part of the university campus, but this was to no avail. However, about three years later, another witness, who had not been previously questioned, was brought in as well. With this new information, police gained permission to intercept Paul’s electronic communications.

Furthermore, the searches at the homes of Ruben, Susan, Paul, and his sister had led to enough evidence to warrant a second search of Paul’s home. This time around, the authorities stated that they retrieved evidence regarding the murder of Kristin. In March 2021, further searches of Ruben’s home led to more evidence and the eventual arrests of Paul and Ruben Flores.

Where Are Paul and Ruben Flores Now?

Paul Flores (44) and Ruben Flores (80) were taken into custody on April 13, 2021. Paul was charged with the murder of Kristin Smart while Ruben was charged with being an accessory after the fact. The authorities have stated that Kristin’s remains have not yet been found. The two alleged culprits are being held at the San Luis Obispo County Jail, awaiting arraignment. No other information regarding the evidence has been made public, with the police citing the fact that it is an ongoing investigation.