Where Are Reginald and Jonathan Carr Now? 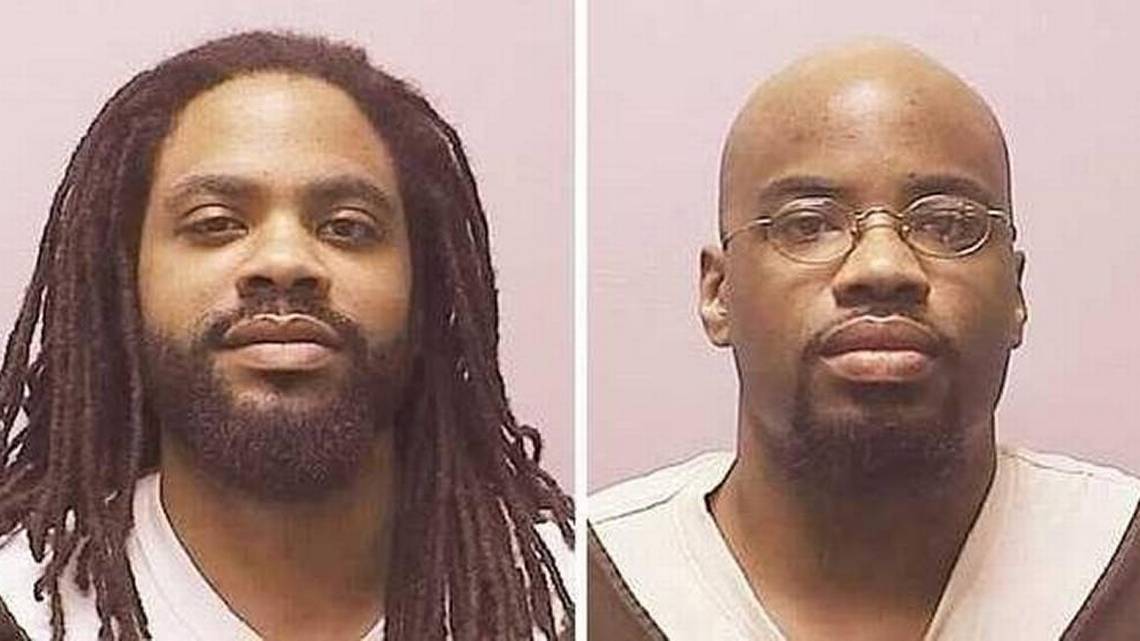 In December 2000, the city of Wichita in Kansas was gripped by terror as a slew of crimes ripped across the peaceful community. Between the dates of December 8 to December 16, Reginald and Jonathan Carr had an iron hold over the city as they went on a horrifying murderous rampage that shocked police and left citizens petrified. Investigation Discovery’s ‘Kansas Cult Killer’ follows the brothers on their rampage and portrays exactly how devoid of empathy the killings were. If you want to know more about this case and where the Carr brothers are today, we have got you covered.

Who Are Reginald and Jonathan Carr?

The Carr brothers had a rough and abusive childhood. Their parents often fought violently, which ultimately led to a divorce. After their mother married a second time, it was the same story at home. Their mother was reportedly abused by her new husband, and in turn, she allegedly abused her kids when she tried to punish them. The children reportedly faced the same kind of abuse at their maternal grandmother’s place. With such a disastrous childhood, the Carr brothers soon found themselves indulging in drugs and racking up arrest records. 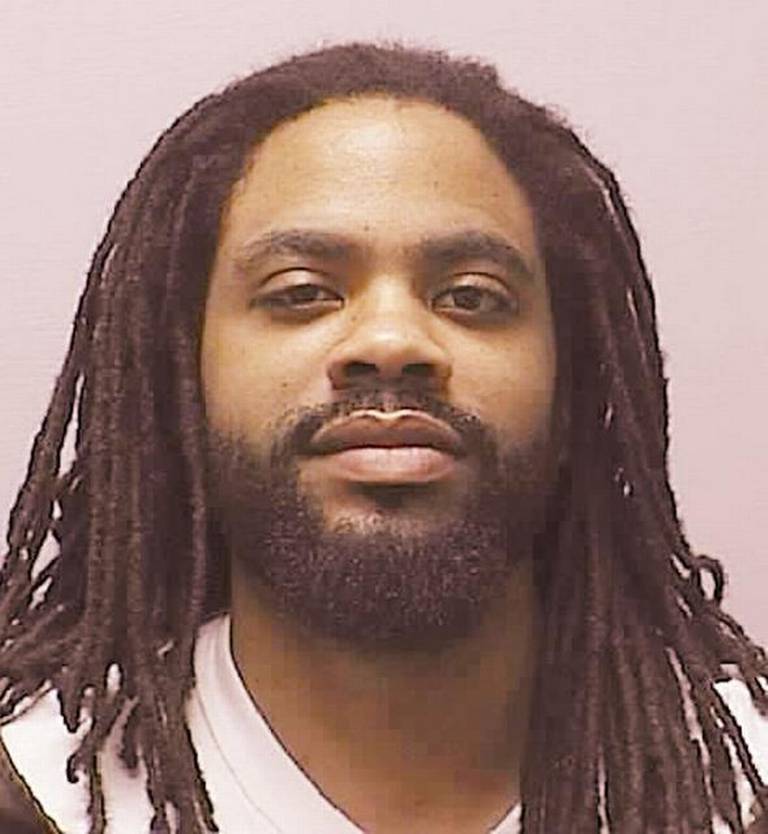 It was reported that Jonathan Carr had previously attempted suicide, and Reginald Carr went through multiple marriages and even became a father before the crimes. The brothers traveled from their hometown, Dodge City, to Wichita shortly before starting their crime spree. They started small when on December 8, 2000, Andrew Schreiber was accosted at gunpoint in front of a convenience store. The perpetrators, two unidentified black men, forced him to drive around in his car and stole a massive amount of money from his ATM card. Fortunately, Andrew was not physically harmed, but the assaulters let him go after shooting his car tires.

With almost no information to go on, the police could not find a single lead. Things quietened down over the next three days, and law enforcement officials hoped against hope that this was a one-time incident. However, in a horrifying incident, on December 11, 2000, Ann Walenta, a 55-year-old librarian and cellist, was shot. Ann was sitting inside her SUV in her driveway when she was approached and held at gunpoint.

Terrified, Ann tried to drive away, but her attacker opened fire, injuring her heavily. Neighbors were alerted by the noise and rushed to the spot. The police were immediately called, and Ann was shifted to a hospital. Furthermore, she was able to describe her attacker to the police. From the description, the police were able to find a connection between the December 8 carjacking and the December 11 murder.

The police force was put on high alert as the hunt for the cold-blooded murderers progressed. Yet, the investigation did not lead to anything concrete. The police were far from even figuring out who the perpetrators were, though they were sure there would be more crimes to follow. The most horrifying and unspeakable crime took place on December 14.

That night, the Carr brothers decided to invade a house on Birchwood Drive. On the night of the home invasion, the five people present in the house were Heather Muller, Aaron Sander, Brad Heyka, Jason Befort, and Jason’s girlfriend, who was identified as Holly G. It was because of this unfortunate incident that Holly learned that Jason planned on proposing to her.

Jonathan and Reginald arrived at the house and forced themselves inside. They first gathered up the residents and proceeded to rob the house of valuables and money (the engagement ring Jason was planning to propose with was taken as well). Three of the victims were found to own ATM cards, and the brothers took them in turns to a nearby ATM and forced them to max out their cards.

After the robbery spree, the Carr brothers indulged in the most heinous, unspeakable, and cold-blooded sexual assault. First, they tied up the males in the room and proceeded to rape the females agonizingly. After that, they held the males at gunpoint and forced them to assault and rape the females once again. The brothers then coerced the victims into two vehicles and took them down to an empty field. There, all five victims were lined up and shot in the head. Afterward, the brothers drove one of the vehicles over the collapsed bodies. 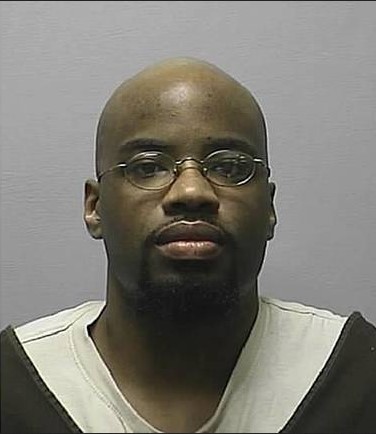 Unbeknown to Reginald and Jonathan, Holly G. managed to survive the gunshot to the head as her plastic hair barrette had deflected the bullet. She even survived being driven over, though it left her seriously injured. She then trudged through the cold winter night and finally managed to find a couple who gave her their phone to call 911. The motive was determined to be robbery. But when asked about their motivation in an Oxygen show, Former FBI Special Agent Michael Tabman said, “What was their motivation? And we can’t answer that. We can’t find the motivation other than evil.”

Where Are Reginald and Jonathan Carr Now?

Once Holly G. managed to call 911, the entire police force was brought on to find the perpetrators. News channels also carried the descriptions of Jason’s vehicle, which the brothers had taken. A man came forward and informed the police that the vehicle being shown on the news was the same one parked at his apartment. When the police started their inquiry, another resident came forward and told officers that he had helped a man carry a large T.V. to his apartment room. 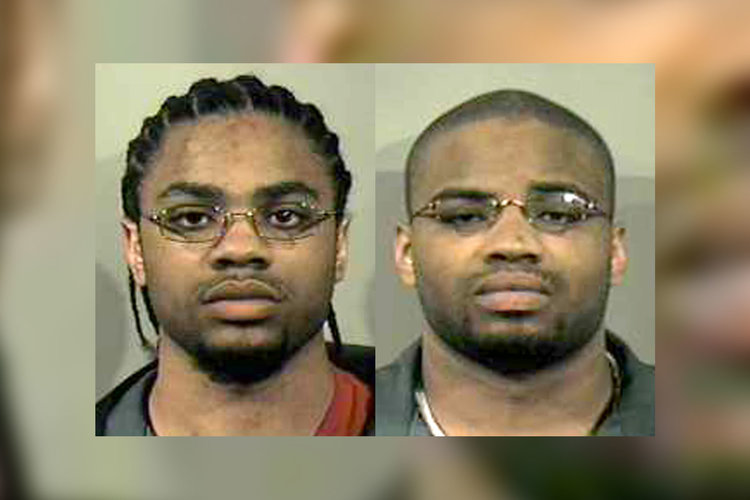 Convinced that this was the apartment the Carr brothers were staying in, the police forced their way inside and found Reginald Carr, whom they promptly arrested. On the other hand, Jonathan was found at his girlfriend’s place. Jonathan gave the police a short pursuit but was soon apprehended. Reginald was recognized by Andrew, and Ann Walenta also picked identified him as her attacker (unfortunately, her injuries proved to be too severe, and Ann died shortly after).

When put on trial, the evidence against the Carr Brothers was overwhelming. There were testimonies by re-enactments which made the jury aware of the horrifying nature of their crimes. The trial went on for three weeks. By its end, reports say that both Jonathan and Reginald were found guilty of over 100 different charges, including capital murder, rape, robbery, and aggravated kidnapping. They were sentenced to death in October 2002.

However, since the death penalty, their case has gone through numerous appeals. In 2014, the Kansas Supreme Court ruled in a 6-1 majority to overturn the death penalties claiming that “the judge failed to adequately separate the penalty proceedings for each defendant.” However, in 2016, the United States Supreme Court overturned the Kansas court’s decisions and sent the brothers back to death row.

The brothers were on death row till May 2021, when they found themselves in the Kansas Supreme Court one more time. Over the years, Jonathan Carr’s defense was based around him not being in control of his mental abilities during the crimes. His defense claimed that Reginald was the main perpetrator of the crimes. Furthermore, even though the U.S. Supreme Court determined that they should be tried together, Jonathan’s attorneys wanted separate trials.

Even Reginald’s attorneys argued that joint trial led to the harsh death sentences. Although the case went back to the Kansas Supreme Court in 2021 for the judges to decide on petitions left unaddressed in the 2014 hearing, both Reginald and Jonathan remain incarcerated in the El Dorado Correctional Facility in Butler County, Kansas.