Where Are Robbers Archie and Marian Cabello Now? 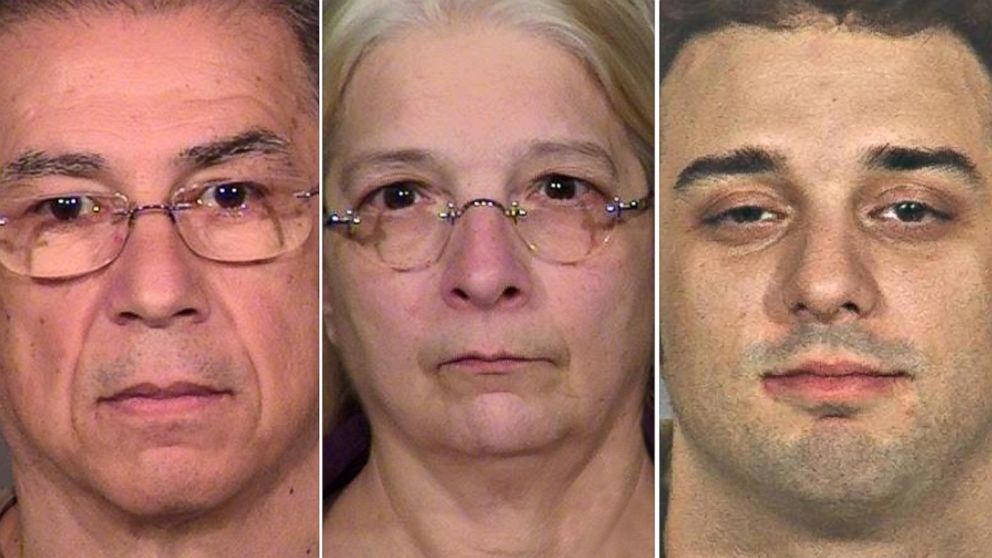 A family of three stole around $4 million from armored trucks and bank vaults across states and eluded capture for years. It took more than a decade and the combined strength of the IRS, FBI, and various local police authorities before they finally tracked the suspicious money trail and got a confession out of one of the family members. The tale of the Cabello family seems to be something straight out of movies. ABC News’ ’20/20: Family Business’ covers the complex case and the investigation process. If you are intrigued to know more about this, we have you covered. Let’s know more about Archie and Marian Cabello.

Who Are Archie and Marian Cabello?

Any bystander would presume that the Cabello family was leading a quiet, normal life in Milwaukee, Wisconsin. The head of the family, Archie Cabello, a former Marine, worked as a driver in an armored delivery services company in 1995. It was then that he planned to conduct a heist. The then-48-year-old conspired with his wife, Marian Cabello, to loot the armored truck he drives. The two hatched a plan; Marian, who used to work in a local cafe at that time, left her workplace during lunch break every day to park her car nearby and watch Archie driving the armored car past her.

Marian and Archie kept following the routine until one day she followed him to a strip mall where Archie had a scheduled stop at a bank. Paperworks showed Archie had signed a bag containing an estimated $157,000 at around 12.30 pm. Archie’s other two colleagues, both having joined the company recently, were on break, and Archie threw the bag of money into Marian’s car parked beside the truck. Both of them then drove away. Archie was later fired from his job when the bag of cash was reported stolen, and he feigned ignorance about it.

In 1998, Archie and one of his sons, Vincent Cabello, collaborated to steal about $730,000 from a vault at American Security Corporation. Vincent used to work there as a shipping and receiving clerk. Archie staged a robbery, wearing a fake beard, baseball cap, and sunglasses, and using a BB gun as a prop. As per reports, Marian helped Archie and Vincent hide the stolen money. The family then moved to Portland. By then, the FBI had grown suspicious of the Cabello family but could not find any evidence linking them to any of the crimes.

In 2005, Archie was working for Oregon Armored Services, making pickups and deliveries for banks and government offices, when he decided that it was time for another heist. With the help of his son and wife, he pulled their most audacious heist to date, stealing a whopping $3 million on December 6, 2005. He was only 10 months into the job, and given his previous record, the authorities were onto him in no time. The FBI raided his modest Portland home, retrieving around 100 credit cards and 620 money receipts, but failed to link them to the stolen money.

Archie reportedly was the one who decided how the cash flow would be in the Cabello family. He tried to ensure that the stolen money was not spent extravagantly. The law enforcement theorized that Archie was probably waiting for the statute of limitations on their crimes to expire so that the family could not be charged. Archie maintained a safe deposit box for the family under false aliases in the Safe Deposit Center in east Seattle, where the family deposited all the stolen cash in $100 notes.

However, Archie did allow himself some occasional luxuries, including a monthly box of cigars and some bottles of wine, while Marian reportedly loved cooking appliances and magazines. The authorities discovered that Archie did have legitimate earnings of an estimated $11,000 yearly following the Oregon heist. It was only after the IRS got involved that law enforcement started to get a whiff of the discrepancies in the Cabellos’ finances.

Just four days before the statute of limitation expired for the 2005 Oregon heist, the Cabello family was arrested by the local authorities in 2010. They were charged with a 51-count indictment by a federal grand jury in December 2010, which included charges such as filing a false tax return, conspiracy to steal and possess bank money, money laundering, and false statements in credit card applications. Awaiting trial, they were released with their passports confiscated and subjected to electronic monitoring.

Where Are Archie and Marian Cabello Today?

In Feb 2012, Vincent decided to cooperate with the police and testify against his parents. Marian also decided to cooperate and testify in July 2012. However, Archie did not bend and decided to go to trial. According to prosecutors, Archie even sent instructions to his other son to try his hand at the lottery so that they could win the prize and pay the restitution money that amounted to $3,755,000.

Archie went to trial in 2013 and tried to slow down the judicial process by firing his legal counsel at the last moment. However, he was allowed to act as his own attorney, and he decided to plead guilty. Vincent took the stand to testify against his father. According to court records, Archie was sentenced to 20 years and is currently serving his jail sentence at the Federal Correctional Institution, La Tuna in Texas. The 74-year-old’s projected release date is March 11, 2029.

Archie filed a habeas corpus writ in 2021, challenging the validity of his convictions, but was turned down by the US District Court. Since Marian had cooperated with the authorities, she was sentenced to 15 months imprisonment. However, she was released within weeks as she had already served most of her jail time. The US District Court judge had ordered Marian to pay her share of approximately $1 million that could not be recovered from the larcenies.