Where Are Roman and Ruslan Glukhoy Now?

People had high expectations from identical twins Ruslan and Roman Glukhoy. The California natives were hugely into sports and even eyed a career in professional wrestling. However, an attempt at stealing cars and a devastating car crash turned their lives completely upside down. Investigation Discovery’s ‘Evil Twins: All American Killers’ chronicles the horrifying car crash and shows how greed ruins even the most promising of futures. Let’s delve inside the details of this case and find out where the Glukhoy twins are at present, shall we?

Who Are Ruslan and Roman Glukhoy?

Thirteen years prior to the incident, the twins, along with their family, moved to the US from Ukraine with a dream to make it big in professional wrestling. They even showed initial promise, with both becoming high-school championships, while Roman even went all the way to win a state championship. Unfortunately, happy times soon ended as a deadly car crash in 2011 affected their careers. The two had to resort to prescription pills to kill the pain. 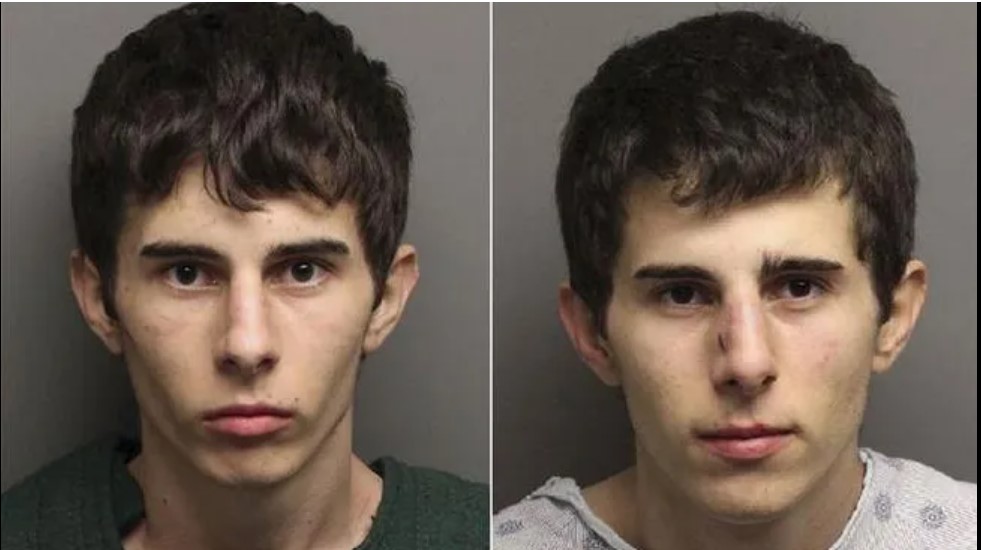 On April 2, 2014, the police got reports of a possible car robbery in progress in South Auburn, California. On rushing to the spot, they found the 19-year-old Glukhoy twins, along with 21-year-old Yuriy Merkushev, trying to force their way into vehicles. Spooked on seeing the police, the trio tried to make a run for it in a stolen BMW. Although it gave way to a short car chase, they soon crashed the vehicle off an Interstate-80 ramp.

Reports then claim that while Yuriy Merkushev fled on foot, Ruslan and Roman stole another truck and led police on a dangerous high-speed chase through Antelope. The chase reached speeds of up to 100 miles per hour before the duo ran a red light and crashed into another car near Sacramento. Unfortunately, 35-year-old Joe Luis Barriga-Tovar was traveling in the second car along with his 14-year-old daughter, Anahi, both of whom died a heartbreaking death in the devastating crash. The police, though, wasted no time in arresting Ruslan and Roman Glukhoy.

Where Are Ruslan and Roman Glukhoy Now?

Although Anahi and her father, Joe Luis Barriga-Tovar, lost their lives in the car crash, authorities considered the circumstances and charged both Ruslan and Roman with murder. Once produced in court, the twins insisted on their innocence and entered a plea of not guilty to the murder charges. However, after careful consideration, the jury was unanimous in their decision to find both men guilty.

Ruslan Glukhoy was convicted of two counts of first-degree murder and, as a result, was sentenced to life in prison without parole in 2017. At the same time, Roman Glukhoy was found guilty of two counts of second-degree murder and was sentenced to 30 years in jail. At present, Ruslan is living out the rest of his life behind bars at the California State Prison, Solano, while Roman Glukhoy is incarcerated at the Folsom State Prison in Folsom, California, and will become eligible for parole in 2033.

Read More: Where Are Pat and Pete Bondurant Now?