Where Are Rosalina Edmundson and Richard Manthie Today? 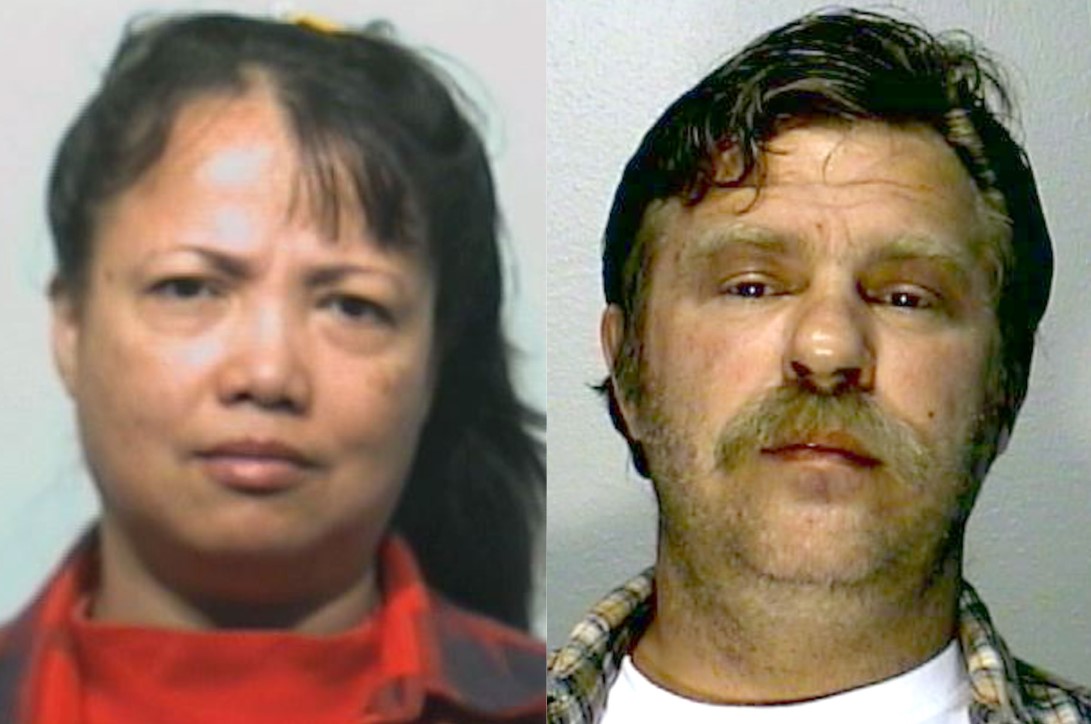 William “Bill” Edmondson was posted in the US navy, had a happy marriage, and what seemed like a perfect life. However, when he failed to report for duty on December 22, 1981, his colleagues smelt something fishy and reported his disappearance to the police. Investigation Discovery’s ‘Deadly Sins: No Forgiveness: Domestic Silence’ shows how Bill’s body was located on December 29, while the ensuing investigation led straight to his wife, Rosalina Edmondson, and her ex-husband, Richard Manthie. Let’s delve into the details surrounding the case and find out where Rosalina and Richard are at present, shall we?

Who Are Rosalina Edmundson and Richard Manthie?

Although Rosalina was born in the Philippines, she lost both her parents at the age of 1 and grew up in the foster system. The show mentioned that once she came of age, she got engaged to a US army man who was posted in the Philippines and soon decided to go to the United States on a K-1 visa when she was just 23. However, much to her shock, her fiance refused to accept Rosalina, and once she landed in the United States, and the Philippines native had just 90 days to find another sponsor. Eventually, she came across Agapito Dugeno, and although they had a massive age difference, Agapito accepted her as his wife, which got Rosalina her green card. Although Agapito died shortly after their wedding, Rosalina eventually met and married Richard Manthie, with whom she shared a child. Nevertheless, the Philippines native insisted that Richard was abusive, and so after divorcing him, Rosalina moved on to US Navy serviceman William “Bill” Edmondson.

Bill and Rosalina’s relationship initially flourished, and the two seemed quite happy together. Moreover, Bill was also quite taken with Rosalina’s daughter, and together the three appeared to be the very picture of a perfect family. Although the pair exchanged vows in August of 1981, Bill suddenly went missing on December 22, 1981, making his colleagues suspect foul play. For days authorities hunted for him before his body was finally recovered on December 29 from a wooded area near a remote tree farm. At first glance, the police knew it to be a homicide as severe bruises covered the victim’s body. Moreover, there were cowboy boot prints on his chest, and an autopsy determined that Bill was shot four times in the head with a .22 caliber gun, which led to his death.

Where Are Rosalina Edmundson and Richard Manthie Now?

Interestingly, when Rosalina was informed of Bill’s demise, she appeared utterly devastated. However, she tried to implicate his colleague, Michael Cogswell, in the murder and even alleged that Bill had a habit of drug abuse. Surprisingly, Michael completely denied the accusation and insisted that Bill had never touched drugs in his life. According to the show, Michael revealed that Rosalina was the last to see her husband alive and even talked about a past incident where Bill was reportedly hypnotized and coerced to take some pills, which had an allergic reaction and almost killed him. Additionally, authorities came across the victim’s diary, where he talked about his fear of being murdered by Rosalina

Meanwhile, detectives discovered that Rosalina had petitioned for Richard Manthie’s parole claiming she was still his wife. Moreover, she was also sheltering him in a Long Lake Road house and had given him a vehicle to use. Nevertheless, once the police caught up with Richard, they discovered that the house he was in had blood splatters all over the wall. Furthermore, cops found .22 caliber bullets and Bill’s hair inside his car, while Richard’s cowboy boots matched the imprints on Bill’s chest. Thus, confirmed of his involvement in the slaying, authorities arrested Rosalina and Richard before charging them with murder.

When produced in court, Richard Manthie was convicted of first-degree aggravated murder and sentenced to life in prison without parole in 1982. On the other hand, the jury found Rosalina guilty of first-degree murder and gave her a life without parole sentence in 1983. Thus, at present, Richard remains incarcerated at the Coyote Ridge Corrections Center in Connell, Washington, while Rosalina is spending her days behind bars at the Washington Corrections Center for Women in Gig Harbor, Washington.